The post split fixtures were announced earlier this week by the SPFL amid much anguish that these five round of games in the top six of the Scottish Premiership somehow favours leaders Celtic over title rivals theRangers.

What was previously regarded as the title showdown – the final meeting of the season between Celtic and theRangers at Celtic Park, will take place on Sunday 1 May with a 12 noon kick-off and anything other than a win for the current Scottish Champions will effectively end their title challenge for this season. Football experts on https://betting.com/gb/tips/football have a great tool for keeping updated on how this showdown potentially could develop. With daily updates on the predictions you’ll always be supplied with expert advice. Celtic currently are six points ahead of theRangers and have a massive goal difference advantage of 19, which effectively is worth another point, so theRangers will need to beat Celtic and also hope for a few favours from the other teams if they are to win their second title.

At the start of the season we pointed out that the fixture list seemed to favour the latest Ibrox club with their away games being against clubs expected to be at the bottom of the league while the more difficult games – against the likes of current leaders Celtic and third placed Hearts were played at Ibrox. 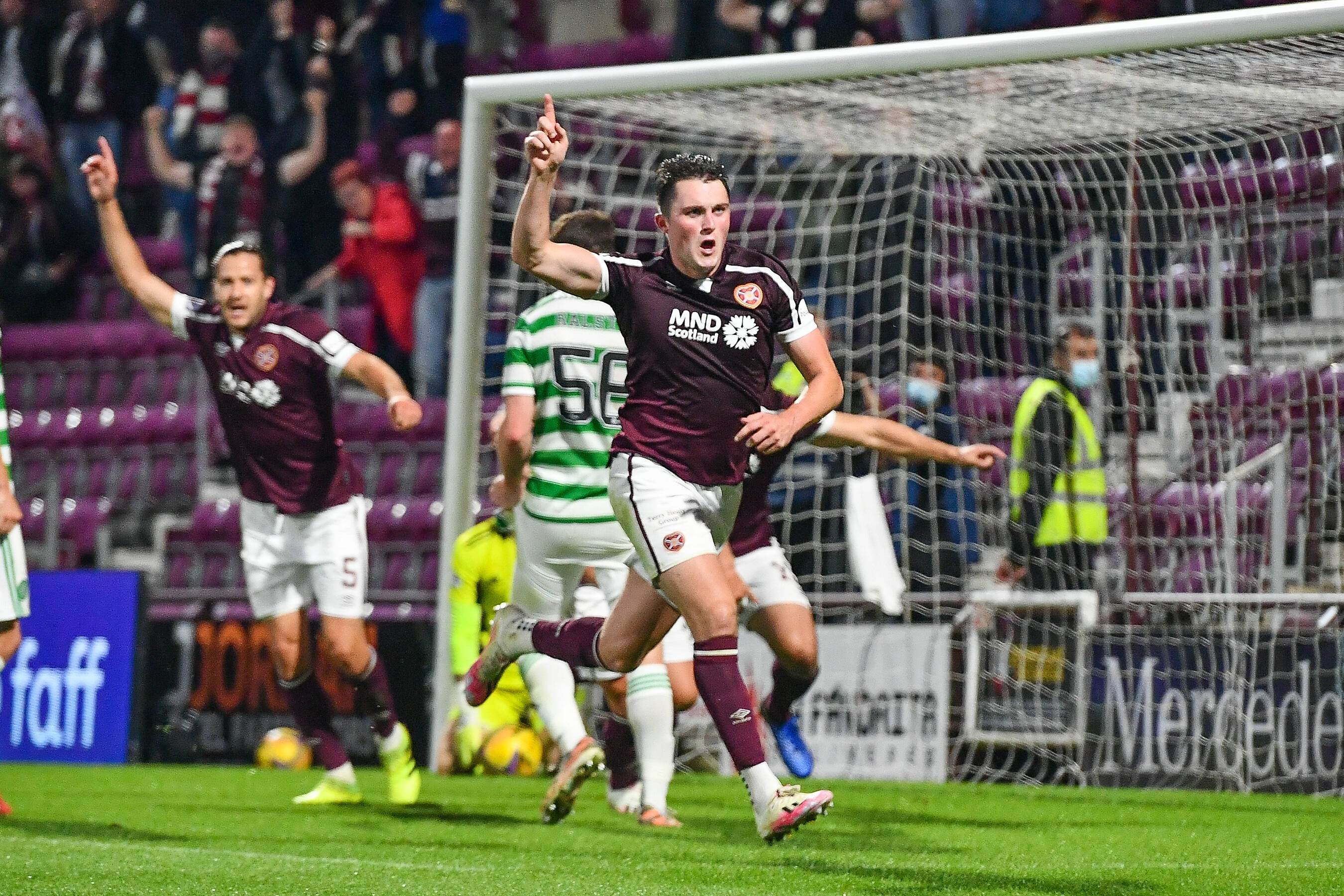 John Souttar 4 of Hearts celebrates after scoring the winner during the Cinch SPFL Premiership match against Celtic at Tynecastle Park on 31 July 2021. Photo: Malcolm Mackenzie PSI

In contrast Celtic had very difficult away matches and lost narrowly at venues like Tynecastle, Ibrox and Livingston before going on a long unbeaten run which has given the league leaders a six points lead and a superior goal difference going into the split. 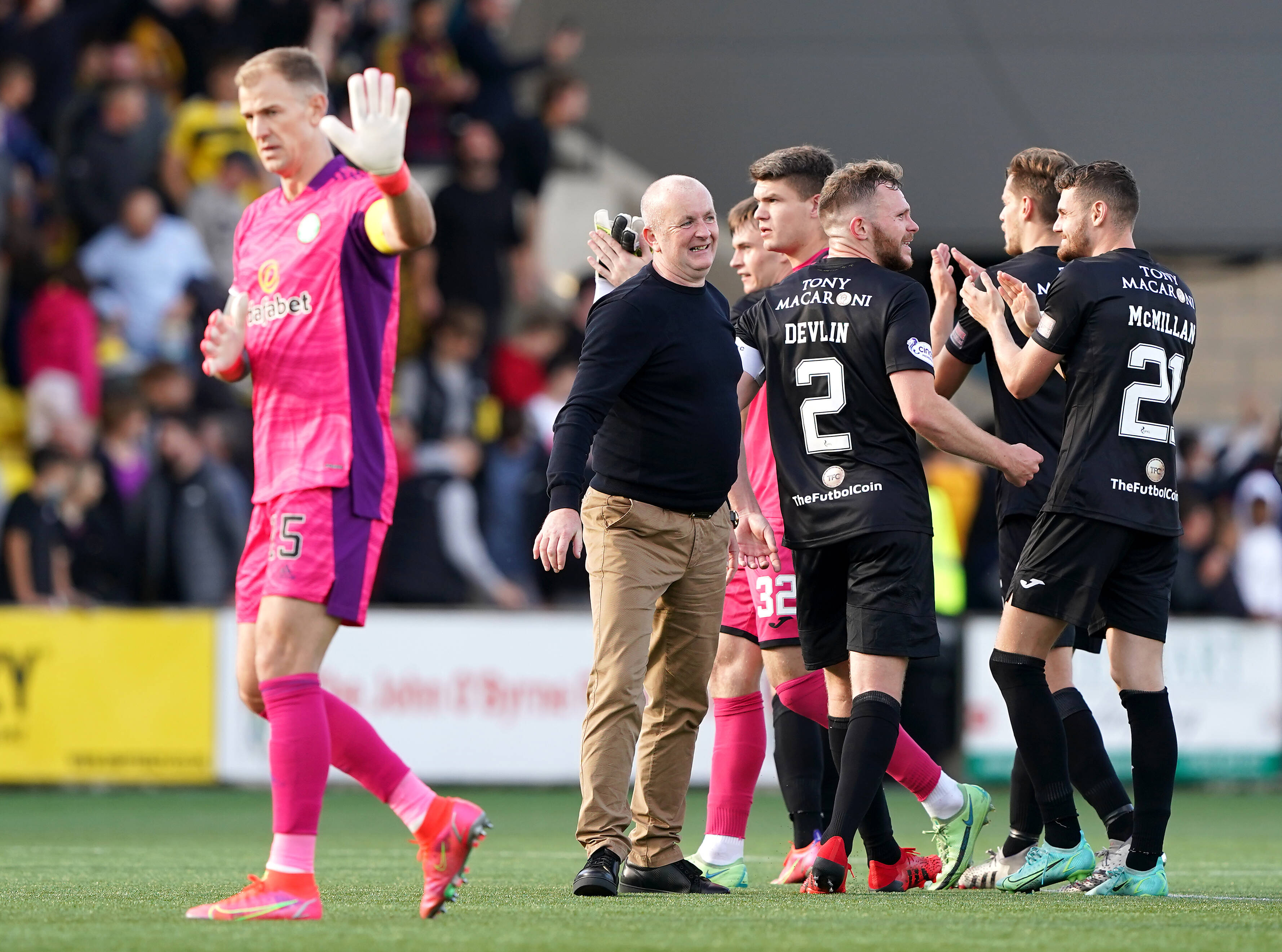 And logically if the first and third round of fixtures appear to be tougher than the second and fourth meetings between the relevant clubs should easier as you end up playing the top sides at home rather than away. So Celtic have home games against both theRangers and Hearts and the latest club playing out of Ibrox have to travel both Celtic Park and Tynecastle in the post split fixture list.

At the end of the season Celtic, theRangers, Hearts and the rest of the top six sides should therefore have played each other home and away on two occasions each. Where then is there any bias, tough luck or manipulation of the fixture list to suit Celtic? How could the fixture list possibly favour Celtic as the former Scotland goalkeeper Alan Rough suggested earlier this week?

Do you agree? Let us know ⬇️

Indeed it could be argued that stacking the tough games at the start of the season when everyone knew that Celtic would have a new manager faced with a major re-build job after last season’s collapse, could have resulted in Celtic being out of the title race in the early stages and some supporters will recall the media – especially the BBC hacks – attempting to call the season early much to the annoyance of Ange Postecoglou and his players.

🗣 ‘There are no champions in September the last time I checked’

The truth is that tough start, when Celtic were much weaker as a squad and more vulnerable than any time since, almost did wreck any thoughts Celtic fans had of a title challenge in Ange Postecoglou’s first season as Celtic manager. Indeed the Celtic manager has subsequently admitted that he told his players that they’d pretty much have to be pretty much perfect from here on in after that third defeat of the season at Livingston last September.

So logically Celtic do have an easier post-split set of fixtures. Ange Postecoglou’s side has three games at home, to theRangers, Hearts and Motherwell and two away trips to play Ross County and Dundee United. In contrast theRangers have three away matches against Motherwell, Celtic and Hearts and only two home games at Ibrox against Dundee United and Ross County. 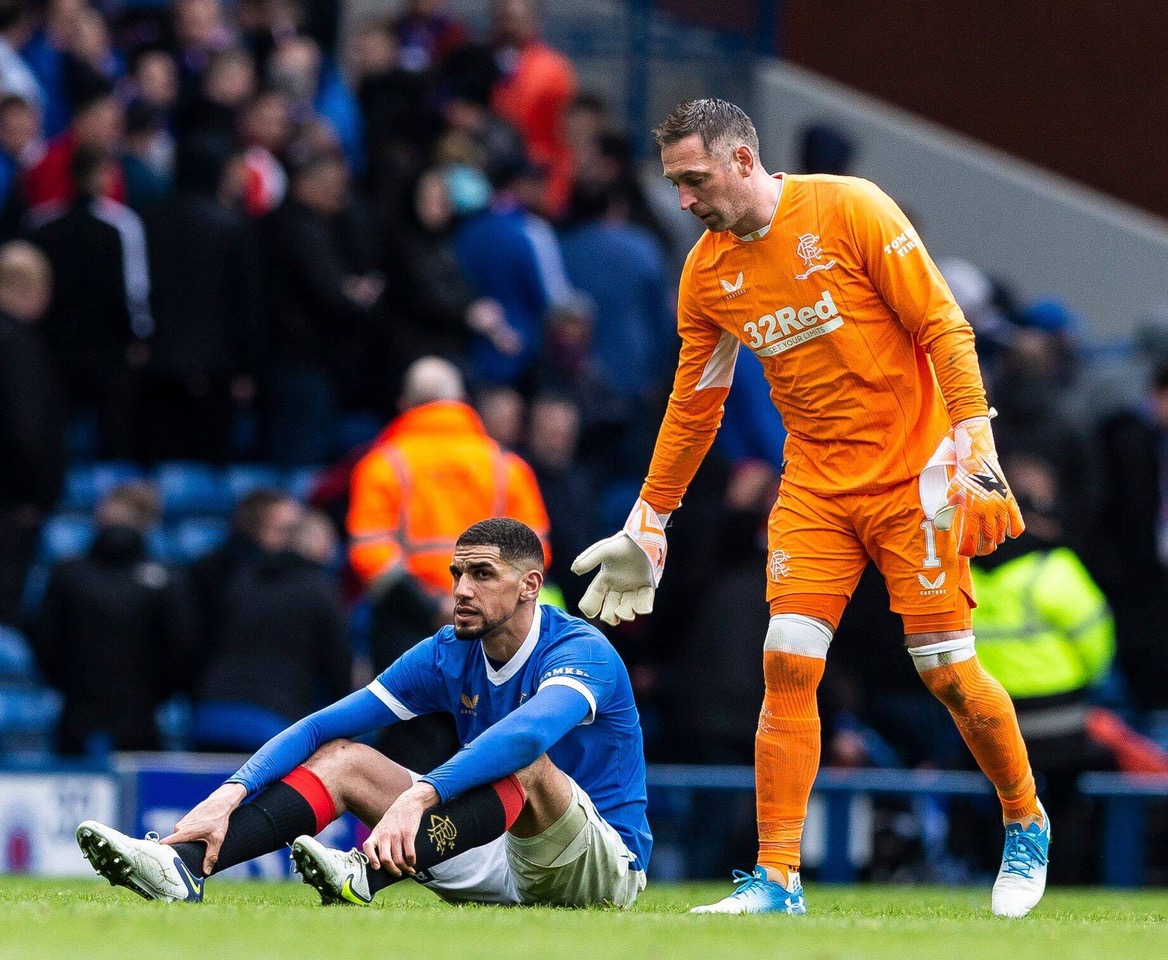 Dejected players from theRangers after Celtic’s recent win at Ibrox opened up a six points lead at the top of the league.

After all that is done and dusted the teams will have fulfilled all 38 games of the Scottish season with 19 home games and 19 matches played away from home. Now sometimes, due to the split,  there can be one or two clubs who end up playing maybe 20 away and 18 at home, or have to travel to a particular away venue on three occasions but this does not affect the teams fighting for the title.

So there is no conspiracy, in these end of season fixtures, although it’s worth remembering that the tough start given to a Celtic side in transition was almost enough to gift a second title to theRangers. That didn’t happen and that that easier start given to the first time Champions theRangers has left them with a tough end to the season after failing to keep pace with the Postecoglou juggernaut which hit top gear only after leaving West Lothian last September.

And The Celtic fans have summarised all this perfectly in song, here signing it ahead of the kick-off at the recent match at Ibrox, which Celtic won 2-1.