You are at:Home»Latest»Former Celtic defender Jozo Simunovic makes return after 2 years out of the game

Former Celtic defender Jozo Simunovic played his first competitive game since turning out at Celtic Park almost two years ago. The big Croatian hasn’t graced a football pitch competitively since turning out for Celtic in a hugely disappointing Europa League defeat to FC Copenhagen at Paradise in February 2020, a defeat that still rankles me to this day. That means it’s been a grand total of 639 days that Simunovic has been missing.

With Covid curtailing the season early in March of that year Jozo was released by the club that summer, but a series of knee injuries on top of clubs being more savvy with their money due to the pandemic, meant he was unable to find a new club for over a year. He finally agreed to join Croatian outfit HNK Gorica in October. 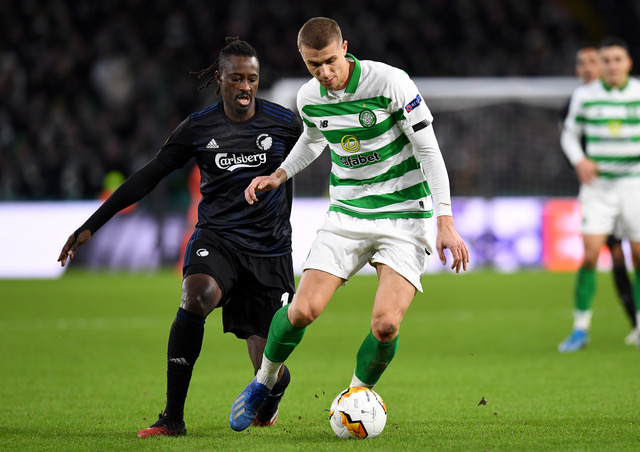 With no pre season under his belt it took him around a month to get back to fitness. He then played the full 90 minutes on his debut for his new club, keeping a clean sheet in a 1-0 win against NK Hrvatski Dragovoljac.
That win helped move his new club to fifth place in the Croatian league.

His new manager Krunoslav Rendulic was excited to have the defender finally get some game time. According to Scottish Sun He said: “I am so pleased for Jozo that he was able to finally return to a football pitch.

“Not only that, but he played the entire 90 minutes too which is a fantastic step for him. He looked like he had never been away.”

Many Celtic fans including myself will be pleased to see Jozo Simunovic returning to football. Simunovic was at Celtic for 5 years and although he did have multiple problems with injuries, whenever he did play he was probably one of our better defenders of that era.

Having started off his career at Celtic Park under Ronny Delia in a period where we didn’t look our best and seemed to be declining slightly under the likeable Norwegian, it definitely wasn’t the greatest time to arrive at the club. Although he didn’t play loads that season due to injury he did look a good prospect, so much so that Torino actually tried to prize him away from us that summer but negotiations broke down with many claiming it was due to his medical or injury record. 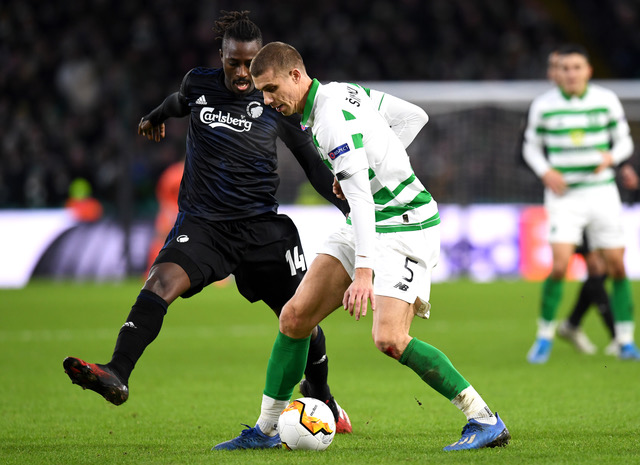 It was actually when Brendan Rodgers took over that we started to see more of the big Croatian. Although we were an exciting attacking team under Rodgers, we were far from solid in defence, especially in Europe. Simunovic had a lot of success under Rodgers but was always in and out of the team due to a mix of injuries and the manager at that team seemingly unable to decide who his best centre backs were.

On his day Jozo could look like fantastic yet he was inconsistent. For every couple of games where he looked solid he would then have one where he looked awful. Against theRangers in 2018 Simunovic made what could have been a costly mistake when he clipped Morelos with an elbow and the Colombian striker milked it and got the player sent off with the game sitting at 2-2. Luckily for Jozo his sending off seemed to inspire his teammates who went on to win the match 3-2!

Congratulations to @SimunovicJozo on making his debut for HNK Gorica, his first appearance in 639 days.

Jozo played the entire match & kept a clean sheet as his side ran out 1-0 winners against NK Hrvatski Dragovoljac. pic.twitter.com/5h0eqVJYzU

He will probably be remembered for many years due to two incredible moments in a Celtic shirt. The first was THAT tackle on Kenny Miller. I can still remember the cheer in the bar I was in when that happened, it was like we had just scored! The other moment was when In April 2019, Celtic great Billy McNeill passed away and it was a very emotional time. Simunovic (as the no.5 shirt holder & central defender like Billy McNeill) in his honour vowed to score a goal in the next match. Almost unbelievably he scored the winner with a Billy McNeill type header, guess what minute? The 67th. It was an incredible moment and handed Celtic such an important result against a stubborn Kilmarnock that day.

Simunovic made 130 appearances in total for Celtic over five years and won 11 trophies in Glasgow.