Former Celtic defender Gary Caldwell has lifted the lid on why Yan Couto ended up making a move to Braga, despite interest from Ange Postecoglou’s side. Caldwell has recently been appointed as City’s loan manager and he revealed that the player loved the experience at Celtic Park but that he feared the language-barrier would impact his chances of making a breakthrough.

Speaking to Clyde Superscoreboard, Caldwell said that the experience that Couto had at Celtic Park against FK Jablonec had an impact on the fullback but ultimately he decisded to go for a move to Portugal due to the language barrier.

“He was going to go there on loan. We actually spoke about it when I was at his house. He said the stadium and the supporters were incredible.

”He felt like the language barrier would have been a big thing and he has settled quickly in Portugal.

“So he has probably made the right decision for his career development but he did mention when he was out of the stadium, the supporters, he said it was incredible. And he was drawn by that but he decided to go to Braga.” 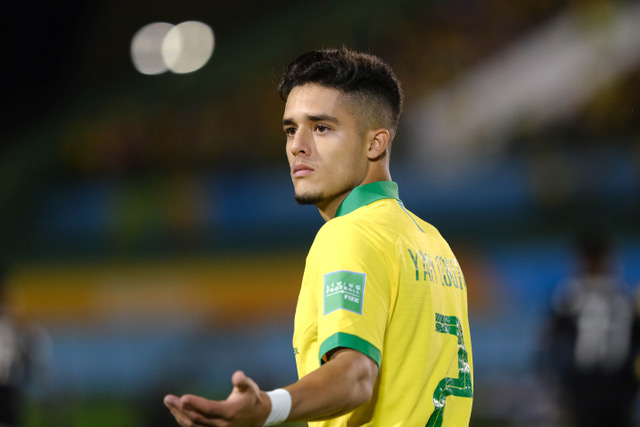 Couto made 30 appearances, scoring twice and then assisting five time for Girona and City were keen to get him on loan. Celtic were in the market for a right-back that could fit Ange Postecoglou’s style of play but Celtic appeared to target Josip Juranovic instead of the Brazilian youngster.

Caldwell is tasked with helping Man City’s vast array of players assimilate into their new surroundings while allowing them to progress. The 39-year-old came through the Newcastle Academy from 2001-2004 before making a permanent switch to Hibs in 2004. Following his success at Easter Road, the player was signed on a free transfer by Gordon Strachan at Celtic.

Caldwell was a decent player for Celtic, winning four trophies during his four years at the club, including two titles, one League Cup and one Scottish Cup. In the 2008-09 season, he won a number of personal accolades for his individual performances for Celtic and Scotland. The role at City has already resulted in Caldwell interacting with Celtic from time to time; however, this position is extremely modern with top clubs often employing former players to put programmes together for the players that are away from the club.