You are at:Home»Latest»Former Celtic Invincible In Hot Water After Kissing Team-mate

Former Celtic and Man City defender, Dedryck Boyata, has landed himself in hot water after falling foul of the rules in place for a return to football in Germany.

The Belgian international, who now plays for Hertha Berlin, was bizarrely seen kissing the cheek of team-mate, Marko Grujic, during a break in play with the scoreline at 0-0. This action clearly breaks the social distancing rules in place, which states that players should avoid close contact when not in playing action. 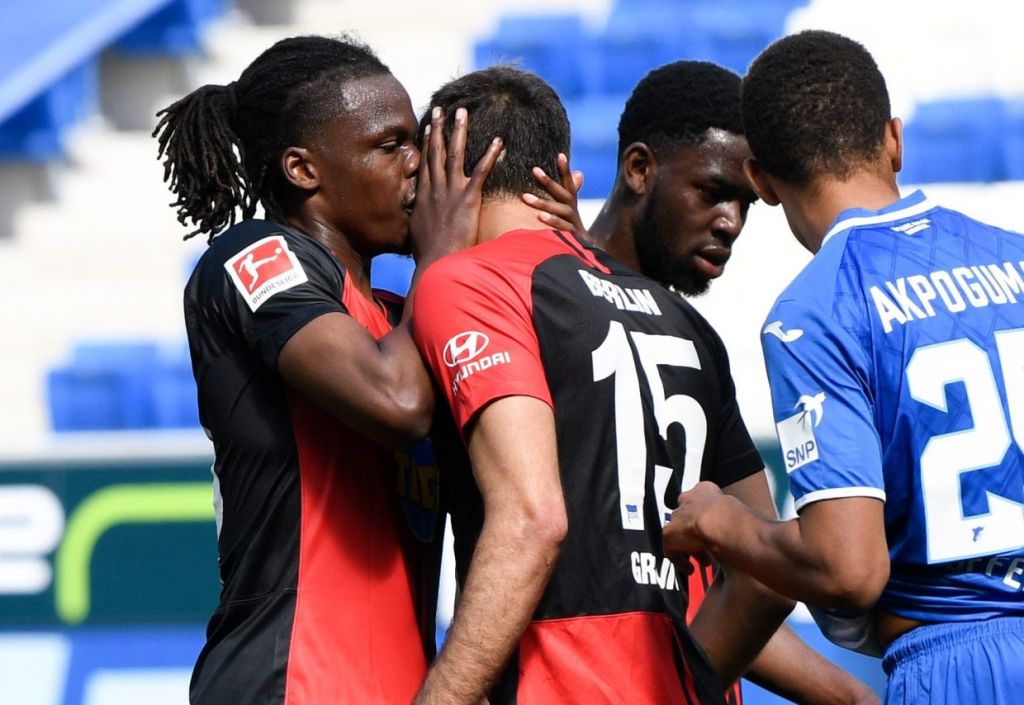 During the match against Hoffenheim, substitutes had to sit far apart to comply with the social distancing guidelines, match balls were disinfected at regular intervals and teams were allowed to use up to five substitutes. Players were also not allowed to swarm during celebrations and cameramen all wore their own protective gear to remain safe.

Despite the fact that players can be red-carded for breaking those social distancing measures, Boyata is not expected to face further action from the football authorities. However, he has been widely criticised in Germany and could face the wrath of the German public, as well as potentially being fined by law enforcement.

Shortly after his closer than two metres kiss, Hertha Berlin took the lead. The Berlin side added a further two goals in a superb 3-0 victory on their return to Bundesliga action.

Last night Niall J considered the first day of Behind Closed Doors football in Germany and how it might influence the way these games will be played at Celtic Park and you can read that HERE – very interesting it is too.

Previous ArticleUnmissable! Celtic fans reply to Alex, the Rangers fan – ‘the Donald Trump of Pigeons,’ ‘the pain is fantastic’
Next Article Boyhood Celt & Man Utd Star ‘Would Have Been More Likely To Sign For Rangers Than Celtic’