Former Celtic winger Scott Sinclair has spoken about the good times and the bad at Paradise, explaining that he set the bar so high in his first season that he was never able to replicate that form again.

Sinclair was one of Brendan Rodgers’ first signings in August 2016, joining from Aston Villa. He scored a winner at Tynecastle on his debut, which instantly endeared him to fans and kickstarted his Celtic career.

The Englishman finished that campaign as the club’s top scorer and won both the Scottish PFA and Football Writers’ Player of the Year honours as well as an unprecedented Invincible Treble.

The chant to the tune of Scooter’s ‘Ramp’ still plays in the back of his mind but after moving on to Preston North End in January of last year it’s all a distant memory now.

Having made such an incredible start to life in Glasgow, both on an individual basis and as a team, Sinclair feels he found it hard to live up to the expectations he set himself.

Speaking to The Times, Sinclair said: “Being at Celtic gave me some of the best moments of my career. I absolutely loved it.

“Given what we did in my time there – doing the treble Treble – I feel we couldn’t have done much more.

“All the accolades that came my way – winning Player of the Year, being top goalscorer – all those things that happened, individually to me and collectively as a team, just made it very special.

“Plus, the fans took to me straight away, and every single time I stepped on the pitch and heard that song they sang about me, it gave me such a buzz. I think it is only when you look back on it, then you can really see how special those times were at Celtic.” 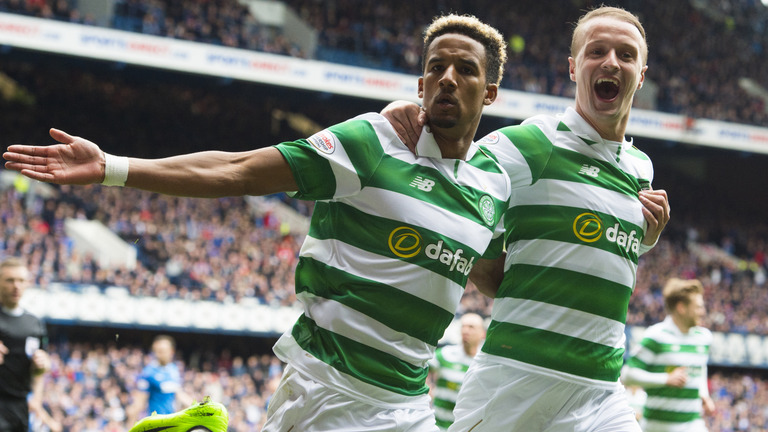 A well liked and very effective player, Sinclair’s Celtic career slowly wound down after a blistering beginning. When broach on the issue, the English star said:  “I think that, because I set such high standards for myself in my first season, it became an issue of me keeping up to those standards. In my second season I still got goals, my tally was still okay, but some felt I was dropping my standards.”

Although Sinclair was never the same after his first season, he was still Celtic’s top goalscorer in the following campaign. Indeed, the player explained: “If you set the bar so high – like in my opening season – then you do have to try to maintain that. I felt that, even when I was going through a dip, I was still scoring goals.”

Sadly, Sinclair ended up making just two league appearances in the first half of his last season at Celtic Park. Neil Lennon was back in charge on a full time basis and clearly didn’t fancy the winger.

Sinclair told The Times: “It got to the stage where I was in and out of the team, even though I still felt that, when I played, I’d make something happen. I do still think that people judged me by my first year at Celtic, and how unbelievable it was for me. But things change.

“Someone has new ideas, and obviously my time was up at Celtic. I had to take up a new challenge and I always want to stay true to myself. My last six months at Celtic were a tough time but, at the same time, I’m gone from there now, and I’m enjoying my football again.”

Previous ArticleHatem Elhamed Opens Up On “Disappointing” Celtic Exit
Next Article Photo Of The Day: Alan Thompson Gives Celtic The Lead In Munich (2003)