You are at:Home»Latest»Former Celtic midfielder gets appreciation tweet from AFC Bournemouth

Former Celtic star, Ryan Christie has received recognition for his tremendous start to life in the English Championship. AFC Bournemouth signed the Highlander towards the end of the summer transfer window, for a fee that was supposed to be in the region of £2 million. A pretty ludicrous sum for a player with a far superior transfer value.

Christie looked for at the begining of this campaign as if he could be the kind of player to thrive under Ange Postecoglou and his unique “Angeball” style. Unfortunately, Christie always had eyes on a move to the English leagues – no doubt hoping that Bournemouth and the Championship would be a stepping stone to greater thints in his career. 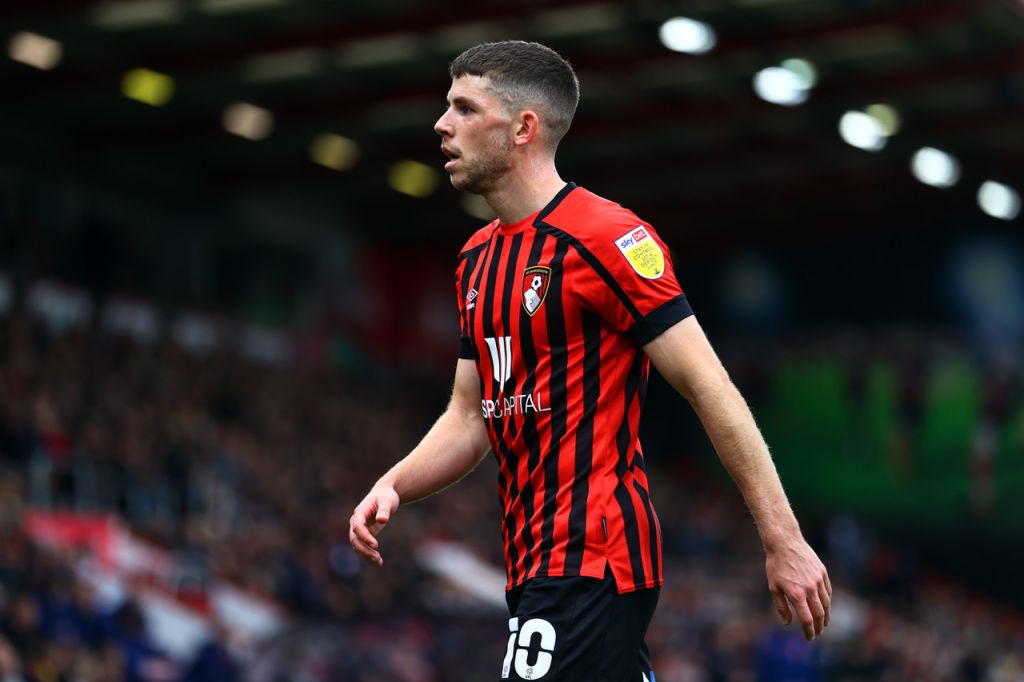 Ryan Christie of Bournemouth looks on during the Sky Bet Championship match between AFC Bournemouth and Huddersfield Town at Vitality Stadium on October 23, 2021.  (Photo by Bryn Lennon/Getty Images)

And so here we are, our dearly departed midfield dynamo is showing the same energy, drive and determination he had during the season of 19/20. A very useful tool in any teams arsenal if used correctly. I take it Scott Parker has not told him to shoot on sight? Probably not. However, Ryan is enjoing somewhat of a purple patch at this minute in time, with 6 assists in 9 games for the Cherries.

Not a bad return for a player captured for a fraction of his worth.