Former Ferencvaros and Hungarian international defender Andras Telek believes his former side will be able to turn the tables on Celtic in a fortnight’s time and take all 3 points in the Groupama Arena in Budapest. 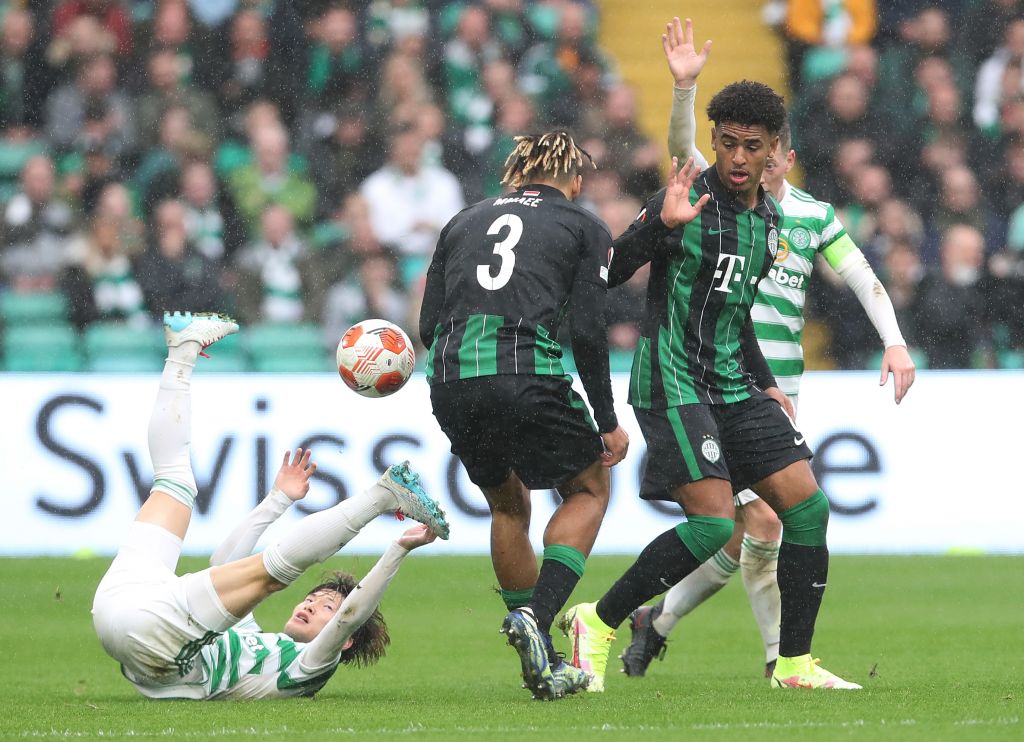 Kyogo Furuhashi of Celtic is fouled by Samy Mmaee of Fenecvarosi TC during the Europa League Group G match between Celtic FC and Ferencvarosi TC at Celtic Park on October 19, 2021. (Photo by Ian MacNicol/Getty Images)

Tuesday’s match, which kicked off at the unusual time of 3.30pm, ended up in a relatively straightforward 2-0 victory for the home side. It was a proficient performance where we had two thirds of the possession and a handful of clear cut chances that we really should have taken and had we been more clinical in front of goal it really could have ended up a trouncing.

The Hungarians defended well in the first half but once Celtic broke the deadlock through Kyogo Furuhashi’s excellent goal they started to fall to pieces and the more they opened up the more chances fell Celtic’s way. David Turnbull’s bundled goal with the help of the Fenencvaros defender pretty much ended it as a contest. 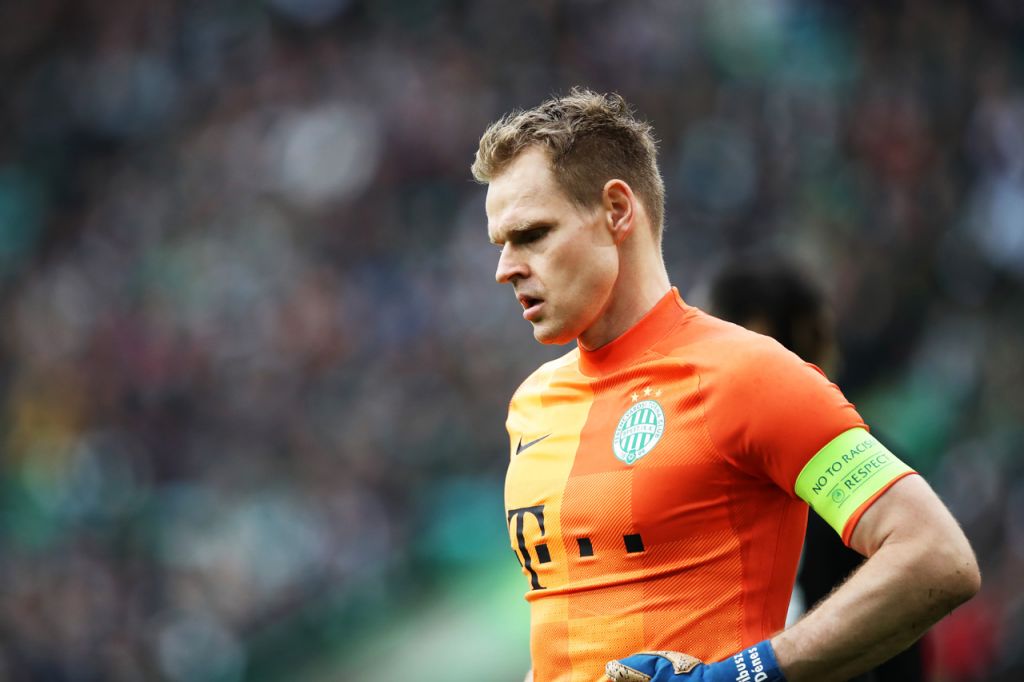 Dénes Dibusz of Ferencvarosi is seen during the Europa League Group G match between Celtic FC and Ferencvarosi TC at Celtic Park on October 19, 2021.. (Photo by Ian MacNicol/Getty Images)

Telek, who spent most of his career at Fenencvaros during the 90’s, believes that Peter Stöger’s side were weak and weren’t as fired up as they should have been, especially after defending stoutly in the first half. He admits that we were the much better side though strangely seems confident that his old team can beat us on 4 November.

“I don’t think Celtic offered too much, but unfortunately that little bit was enough to leave the field with our heads down,” Telek said after Tuesday’s game, as reported in Daily Record. “The first half might have been acceptable, we could have even figured it out. Admittedly, the Scots now seem like a better team. They’re faster and braver. And, they can also score a goal, which cannot be said of us.

“It is always the coach who decides what his team should play. However, I don’t really understand why I didn’t even see our players donate their blood for success. The guys should have been fired up during the break, not content with 0-0.

“I have to say, we are simply weak. We can only play better on November 4th. I am convinced that we will defeat the Scots, and maybe then we can still pinch third place in the group. 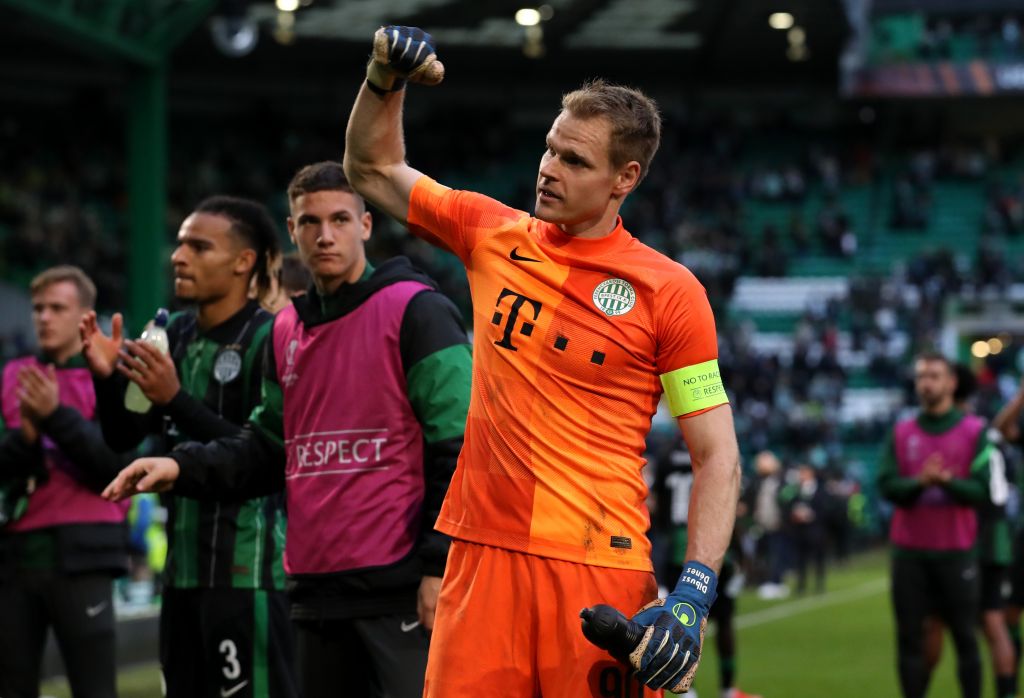 “You have to play football more imaginatively, more militantly, as the Franciscan crowd expects that from Peter Stoger’s team. True, this requires a lot more work for everyone.”

After our performance on Tuesday I feel we have absolutely nothing to fear going to Budapest. Before the match I watched the highlights of the game we played against them in the Champions League qualifiers last year, where they won 2-1 at Celtic Park, and the difference between us then and now is huge.

We were all over the place under Neil Lennon, lacking urgency and creating very little against the Hungarian champions. Under Ange we controlled the game from start to finish. Obviously our away form at the start of the season was disappointing, but with two wins on the road against Aberdeen and Motherwell hopefully we have came through that bad spell. If we play to our capabilities we should take all 3 points in Hungary which would secure us a spot in the Conference League after Christmas at the very least.