You are at:Home»Latest»Forster is 10IAR priority as first player prepares for Paradise exit

NEIL LENNON has said that he is ‘really happy’ with his squad as he looks towards a tilt for 10-in-a-row. The Irishman will know that next season will be even tougher and that he will need to make sure that his squad is as strong as possible and that means retaining Fraser Forster.

Reports yesterday stated that Eboue Kouassi will leave the club as Genk prepare to pay the £1.3m to trigger the option to buy clause that was inserted into the loan agreement back in January. The Ivorian midfielder made just 22 appearances since Rodgers signed him in January 2018. 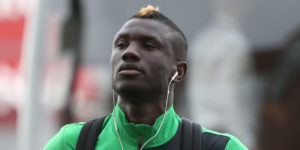 It will be interesting to see how the manager makes use of this space in his plans for next year. The one thing that is evident is that Fraser Forster is needed for the push next season.

The manager of the 9IAR Champions stated to Press Association that he is really happy with his team as they look towards next season.

Craig Gordon, Jonny Hayes, Fraser Forster and Moi Elyounoussi are out of contract at Celtic Park in the summer and the manager is unsure if he will be able to retain them for next year.

“I am really happy with the squad, I am not sure we need to do a lot of rebuilding at all, if at all.

“But again you don’t know what the landscape is going to look like with bringing players in.”

Keeping ahold of top talents like Odsonne Edouard, Callum McGregor and Kris Ajer will remain a priority and he has said that the club are in a strong position and won’t need to sell when speaking to Clyde SSB. 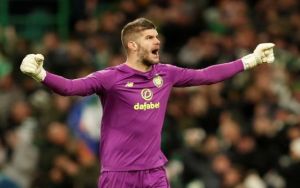 Fraser Forster will surely be at the top of Neil Lennon’s wish-list and that deal should be within reach – given the precarious financial position that Southampton find themselves in having posted £41m losses last year. The Saints will be keen to get rid of Forster and Celtic shouldn’t hesitate in making him an offer.

Forster has been one of the standout performers this season and his performance in the Scottish League Cup was legendary, making a string of top saves to lead Celtic to the cup.

The 32-year-old has two years remaining at St Marys but has already emphasised how much he would like to remain at the club.With Craig Gordon likely to want first team football next season, he will seek pastures new after six years at the club.

Meaning Scott Bain will be left as the only first team ‘keeper at the club. Whilst Bain is a top goalie, Forster has proven to be a level above and the difference in vital matches. Forster’s wages are believed to be around £70k but in order to play football under Lennon at Celtic, he will be willing to take a cut – which would hasten the deal.