We’ve had a look at what Pat Bonner had to say on Celtic’s frustrating 3-2 defeat against Bayer Leverkusen last night and made the point that Ange now must be fully backed in the January transfer window if the Celtic squad is going to be able to compete even at Europa League level going forward.  Now here’s what a few of the other former Celts on punditry duties last night had to say…

Chris Sutton is never short of an opinion and he was as forthright as usual last night, watching the game from an empty Celtic Park as BT Sport had to host their broadcast of the later in the evening game at Ibrox from Paradise due to theRangers Board being unable to guarantee Sutton’s safety. Scotland’s Shame indeed. 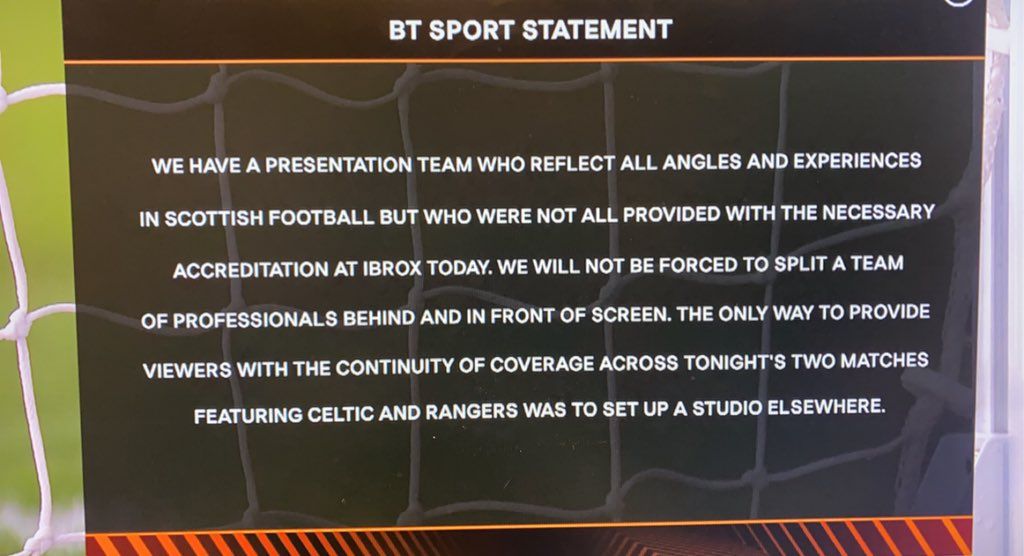 The result of @RangersFC's #EveryoneAnyone campaign means that Rangers legend Ally McCoist needs to broadcast from Celtic Park is an irony nobody predicted. 🤣🤣🤣 pic.twitter.com/g7jSRT0lnz

“The big issue for Celtic was the substitutions. James McCarthy was too slow to react at Leverkusen’s second,” Sutton told BT Sport. “He wasn’t quick enough at the knockdown. You were then thinking ‘Can Celtic still hold on?’ With a point taking it to the last game.

“But defensively they have been found wanting defensively in European competition. It was so disappointing the way it ended. Antony Ralston took a bit of a heavy touch at Leverkusen’s second.

“Celtic were careless at the first goal. They had an earlier warning when Robert Andrich ran off Anthony Ralston and got the run on him again. It was a good header but a soft goal from Celtic’s point of view. They did well to get back in. They didn’t create too much from open play and they got the opportunity after a poor challenge from the goalkeeper on Kyogo.

“The second goal was a superb finish. Kyogo was smart and Jota has been sensational in a Celtic jersey.”

Alongside Sutton on BT Sports was his former teammate Stiliyan Petrov. Here’s what Stan had to say: “What a finish from Josip Juranovic for the penalty. Incredible. Really classy. Without playing well they were back in the game.

“Joe Hart has been outstanding all season. He’s made a real difference. But not just his saves – look at the way he delivers the ball and that’s how they scored the second goal.

“That was the first time Celtic made Bayer Leverkusen pedal back. And it was a great finish from Jota.”

Back to BBC Sportsound and James McFadden, the former Motherwell, Everton and Scotland star had his say. “Changing the first three really changed things. We speak about Celtic defensively but the defending starts from the front.

“The pressing of the front three players throughout the game was excellent until they went off. Jota wasn’t in the game as much as we normally see in terms of his dribbling but his discipline to play the defensive side, winning fouls and carrying the ball up the pitch.

“Mikey Johnston came on and was eager to impress, tying to take people on. There was one opportunity if he’d got his head up he could have squared for Liel Abada.

“Set plays was a problem for them the whole game but they were defending relatively well from open play. Some of Joe Hart’s saves were incredible and they will be disappointed not to come away with at least a point but they were in such a good position to win the game.”

Here are the match highlights…

Opinion: Maybe Charlie’s right, Celtic still need one or two additions
Fan Behind Celtic Bars Website Undertakes Ambitious Project To Document The History Of Every CSC In The World
Rumour is ‘disappointed’ James McCarthy could be heading for Celtic exit door

Previous Article“When you’re 2-1 up with eight minutes left you’ve got to try and see it out,” Pat Bonner
Next Article Broony’s Back – “I would imagine he will get a fitting tribute from their fans,” Stephen Glass