Four former Celtic goalkeepers have been included in a sensational drive by Budweiser to recognise the achievements of Lionel Messi. The Argentinian superstar overtook Pele with a strike against Real Valladolid on Tuesday to take him to 644, one more than the Brazil legend.

The 33-year-old has scored eight goals against Celtic in six appearance, averaging a goal every 61 minutes; however, this was aided significantly by a hat-trick against Dorus De Vries in 2016 then a brace into Craig Gordon’s net in the same season. 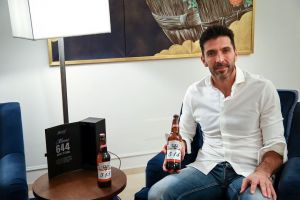 Before that, Messi had struggled against Celtic netting just twice in four games, once at Celtic Park in the Last 16 win over Gordon Strachan then again at Celtic Park in November 2012 then in the dying embers of a famous Celtic win for Neil Lennon’s side.

The four Celtic keepers will be alongside legends of the game like Buffon, Van Der Saar and Casillas in receiving an Christmas present from the beer company.

It is an incredible record that Messi has broken and likely that it will never be repeated. Messi is one of the finest players to have graced Celtic Park as an opponent but was matched in the 2-1 win by Fraser Forster as Celtic ran out winners.