You are at:Home»Latest»Fraser Forster and Bayo both start

Returning hero Fraser Forster is in goals this afternoon for the Scottish Premiership match against Hearts.

Neil Lennon makes one change to the back four that impressed against AIK on Thursday so that means Kristoffer Ajer is in the side at right back, Bolingoli is at left back with the central defensive pairing of Christopher Jullien and Nir Bitton with Simunovic dropping out.

In the middle of the park Olivier Ntcham and Scott Brown play as do Callum McGregor and Ryan Christie.

This team selection has one eye on Stockholm – hopefully it’s strong enough to get the job done. 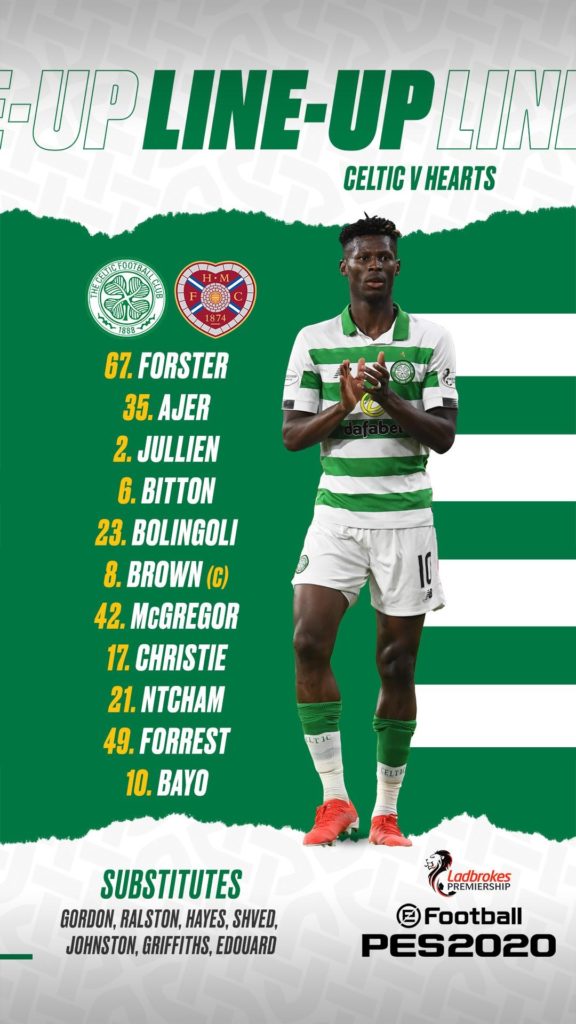 How to Get Apps That Are Not in the App Store?

The new age of smartphones has made life a bit easier with the availability of apps. Getting apps on your iPhone is easy because all you need to access is your smartphone. It’s easy to download games like the Subway Surfer, social apps like Facebook or even betting apps like Betway on https://th.betway88.com/product/sport.htm anytime you want.

However, what happens when some of the apps are not available in the App Store? There are more than two million apps on the App store. And some apps, unlike others like Betway cannot run in iOS. The App Store has regulations which apps must adhere for them to be supported. Therefore when some apps do not follow the rules, they are shut off from the App Store.

The Top Tips to Get Apps You Will Not Find on the App Store?

If you are one of the people who are looking for ways to download apps that are not on the App Store, then this article is for you. Here is a look at some of the ways although risky that can come in handy.

Sideloading is one of the few methods you can use to install apps that are not on the Apple store. It refers to downloading apps directly on the iPhone without using the App Store.

Firstly, you need to have the app ready on your phone. Some of the apps are not available on the App Store, can be downloaded directly from the app’s website.

You then download the app directly from the website following the set of guidelines which are offered. It is one of the few cunning ways that app designers have been able to go around the App Store.

#2. Change the Settings to Download Apps Not on the App Store

Apple strictly regulates what can and cannot be done with your iPhone device. For example, you cannot change some parts of iOS. However, you can jailbreak your iPhone and change the settings to allow the installation of apps not in the App Store. Although these are legal apps, they are not in the store for various reasons such as – security, and quality.

Once you jailbreak your iPhone, you can install an app such as Cydia which offers paid apps that are not accessible on the App Store. However, before you dive into jailbreaking, it is crucial to remember that the iPhone does not support such phones. Also, you are in the risk of a security threat.

The Method to Avoid – Going for Pirated Apps

Some iPhone users jailbreak their phones so that they access free apps without the need of the App Store. This move is not just dangerous. It is also legally wrong since you are pirating apps. There have been instances when Apple has locked jailbroken iPhones. Additionally, with the modern iOS versions, it’s difficult than ever to jailbreak your iPhone.

App designers earn their money from the apps that they have developed so that they can manage and design new ones.

However, piracy limits the money that they can make from their apps. Jailbreaking your phone so that you can download pirated apps is morally unjust.