You are at:Home»Latest»Fraser’s contract demands could price Celtic out of move

EARLIER this week, The Celtic Star suggested that Celtic could move for Bournemouth’s Ryan Fraser, who will be a free agent as of Wednesday. The audacious move for the Scotland international was worth asking the question for the £25m rated man even if it appeared to be unlikely.

However, reports from the Scottish Sun this evening suggest that Fraser’s contract demands mean that he will only be affordable to English Premier League sides. The report states that Fraser, who rejected a new contract from Eddie Howe’s side was after a six-figure weekly wage pricing him out of a move to Celtic.

Fraser will be happy with the speculation around his future as Paddy Power installed Celtic as favourites to sign him as it may force English clubs to make a move for him. Celtic have been used as a stalking horse in recent years for big clubs and it often excites the support even if it does not materialise. 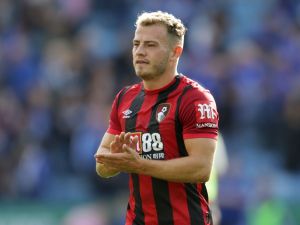 There is of course an argument that Celtic could pay Fraser a lump sum as a signing on bonus, whilst giving him top earner status with the Scottish Champions. Although, this remains unlikely as he could make more money on a weekly basis in England but without a club and budgets being cut, a move to Celtic remains a very slim possibility.

The 26-year-old has made 32 appearances for Bournemouth this season scoring just once and earning four assists. The form was a considerable dip from the impressive 2018/19 performances that had Fraser tipped for a move to Arsenal amongst other top six clubs. The drop off in form will have potentially scuppered the former Aberdeen attacker’s chances at a top club, especially as he has been unable to save Bournemouth from

The chances are Celtic will not be signing Fraser with a move for Moi Elyounoussi far more likely. Elyounoussi is reportedly considering a return to Celtic or a move to Seville with Real Betis competing for the Norwegian’s signature.