You are at:Home»Latest»From its release in October 1961, there’s been no stopping ‘The Celtic Song,’ David Potter

THE CELTIC SONG was released in October 1961 and sung by the Celtic supporting Glen Daly, this song is still played at Celtic Park on match day.

Some of the lyrics eg “we don’t care if they win, lose or draw” (Oh, no?) and “darn the hair we care” were crass, but were soon replaced by better and more obvious words, and this song has stood the test of time and remains a very rousing experience at a full Paradise.

It was first heard being sung by supporters at a game on 4 November 1961 at a frosty Dens Park on the occasion of a 1-2 defeat. It was sung plaintively and with an as yet imperfect command of the lyrics and melody by a group of young men at the back of the long obtuse-angled stand at Dens Park which is still in existence.

Its popularity grew rapidly. Celtic’s young side hit a purple patch towards the end of 1961 with a 7-1 hammering of St Mirren, 5-1 against Partick Thistle and a thrilling 4-3 win over Hibs.

The song grew in popularity apace with the team’s good performances and by the time that the team came to Kirkcaldy on 23 December, it was as if everyone was getting this record for their Christmas, for the trains pulled into Kirkcaldy station and everyone seemed to get off singing “Sure it’s a grand old team to play for” “…. and the Glasgow Celtic will be there”.

Celtic won 4-0, Rangers lost that day and the team were on the crest of the wave. It was indeed Christmas! The glory days seemed to be here… but bad weather came after Christmas, knocking out the Motherwell and the Rangers games. Things might have been different that 1961/62 season if the team had been allowed to keep going.

But there was no stopping “The Celtic Song”. 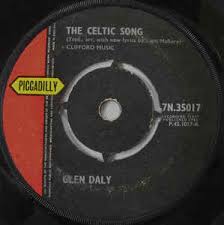 It was sung loudly and universally by the time we beat Hearts in a thrilling Cup tie in mid-February and then an even better game against Third Lanark when the team, inspired by the song, fought back to get a 4-4 draw, compelling the replay to be moved from Cathkin to Hampden because of the huge crowd expected.

The precaution was justified, for over 51,000 turned up on a Wednesday night to sing the song at full volume as Celtic, after an uncertain first half, hit top gear and beat Thirds 4-0.

Yes they were heady days – and the song played a part, but then came St Mirren at Ibrox and a woeful display…

The song on the other side – “An Irishman’s Dream” – was good as well. It was a song sung as if by an Irish American about the Shannon flowing down Broadway etc. – the American equivalent of “If we only had old Ireland over here” which was of course set in Australia. 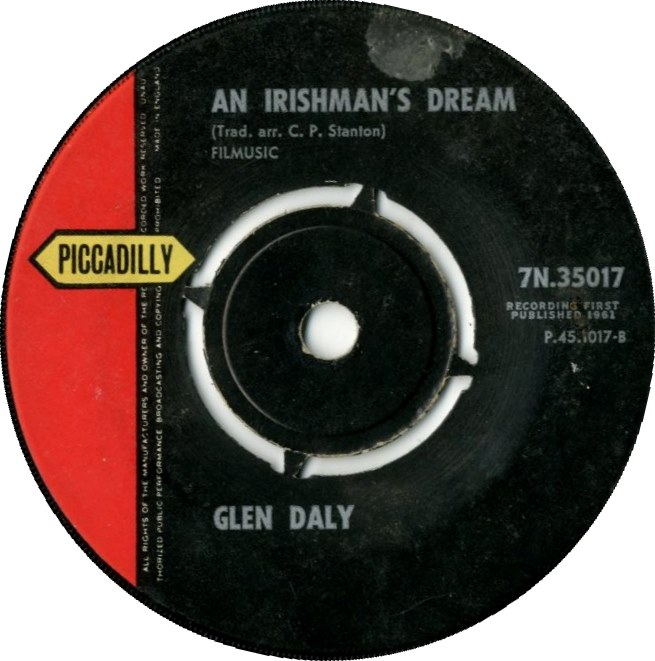 “The Celtic Song” developed, perhaps Lisbon in 1967 was the show referred to, was it not? After all, Bertie Auld started singing it in the tunnel, did he not? The Italians must have wondered what or who they were up against.

Bertie Auld talking about what it was like in the Celtic dressing room before a game.
Then he sings the Celtic Song.🍀 pic.twitter.com/VXxp021tx7

One day at Tannadice Park when the Celtic choir were at full volume achieving their crescendo with … “and the GLASGOW CELTIC WILL BE THERE!”. A brave young girl with a Dundee United scarf (in the early 1960s fans stood together without any segregation) then delivered two immortal add-on words “Selling Programmes!”

Previous Article‘A long term appointment with a vision to match and not clouded and cloaked in secrecy,’ Niall J hopes
Next Article Larsson’s Move to Southend Called Off