You are at:Home»Latest»From the last ever Old Firm game to another Beautiful Sunday

SIX YEARS ago today we said farewell to Rangers and the Old Firm as Celtic hammered an Ibrox club as it entered its end of life stage.

The Green Brigade had their finest hour that day and the Celtic support chanted Craigy Whyte’s name and L-I-Q-U-I-D-A-T-I-O-N, L-I-Q-U-I-D-A-T-I-O-N all afternoon as goals from three ‘skelpers in their day – Charlie Mulgrew, Kris Commons and Gary Hooper gave Celtic a 3-0 in the last ever Old Firm game.

There was little of the usual tension that these matches usually brought that afternoon. It was replaced by 90 minutes of a glorious joy, that we had won. Not the battle but the war. For all their cheating, funny handshakes and tax dodging they had lost.

Charles Green had promised them a CVA would save them but that was spin. By June HMRC would reject this and Rangers would be dead. 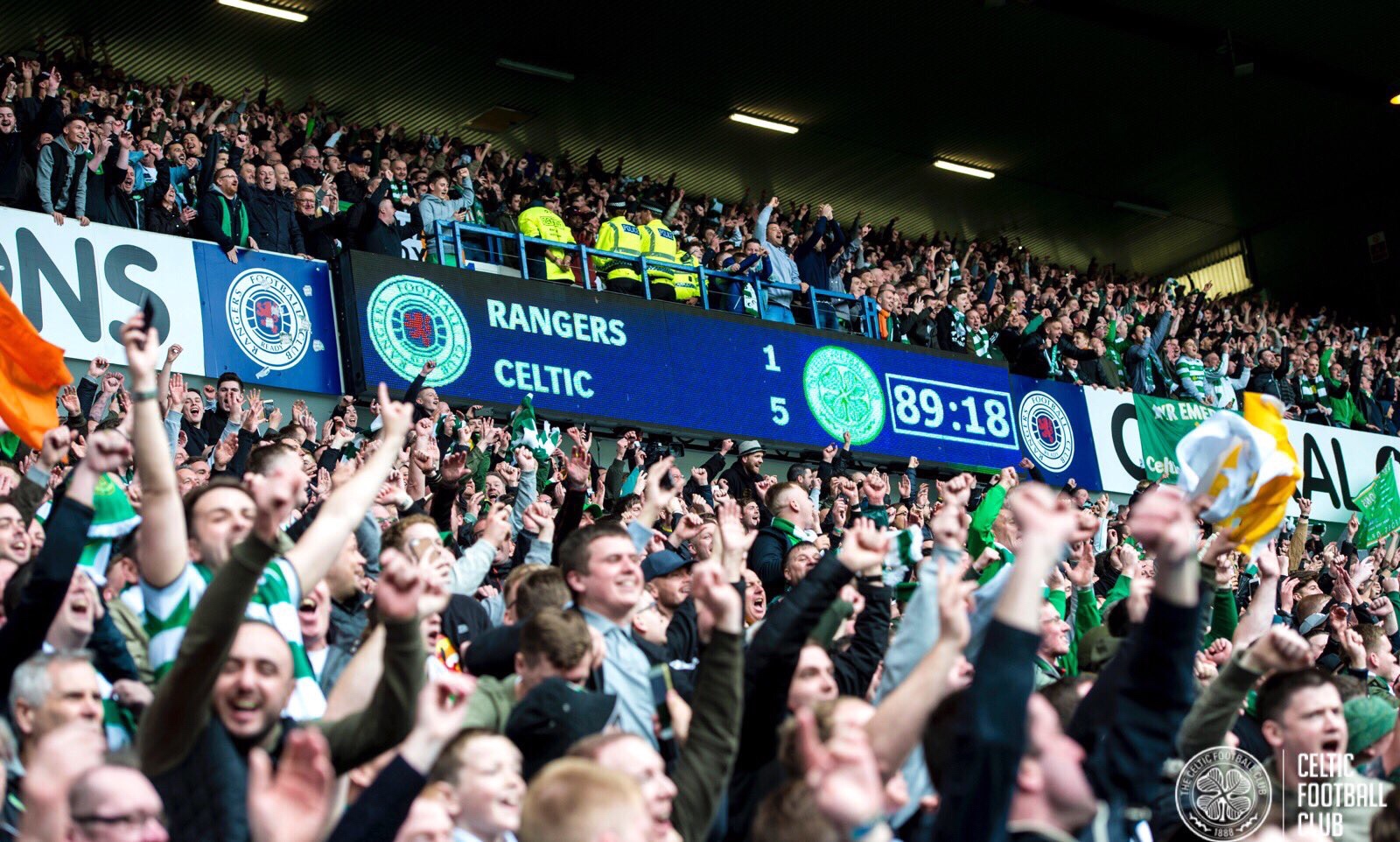 Five years later we were at Ibrox to play the club formed by Charles Green after that CVA was rejected in June 2012. A conspiracy had taken place among those who run the game in Scotland to sell a myth that none of that had actually happened. It was just a bad dream and to isolate those truth tellers to label them as obsessed.

Yet Rangers would have been turning in her grave – you know the one, the grave illustrated on the front page of the Daily Record, The Sun, The Herald, the Scotsman and the rest of them in June 2012, watching what happened that afternoon at her old home. 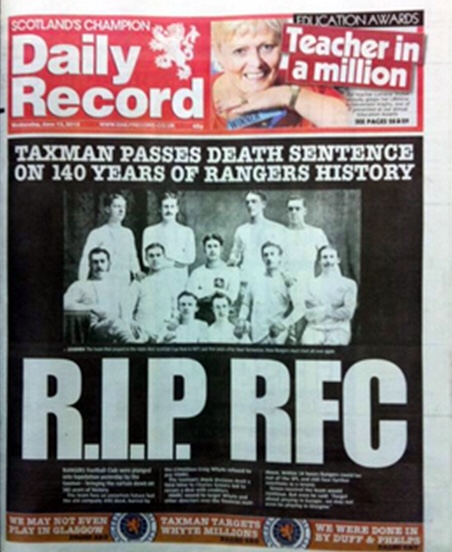 Celtic didn’t just win, they rubbed their noses in it. Five goals from Sinclair, Griffiths, McGregor, Boyata and Lustig could be added to the five scored by Dembele (hat-trick), Sinclair and Armstrong to book-end their season with a ten goal thrashing.

They must have been thinking that this after-life is absolutely awful.

Two weeks ago their performance reminded me of the way the old club played in that last Old Firm game. Yet Celtic failed to go for their throats. They were a complete shambles, internal strife on the bench, an out of his depth youth coach standing arguing at the touch line – we could have scored seven if we wanted to.

So today, if things are going well, and we are a good few goals ahead, we must go for it. It might not be the same Rangers but it is the same support and we can revel in their misery as they pretend to be watching Rangers.

Let’s go for their throats!