You are at:Home»Celtic Women»Full-time Report: Celtic 9-0 Hibs – Larisey gets her hat-trick then a Gallacher double

Celtic blew Hibs away in a sensational first 45 minutes at the SWPL1 opener at the Penny cars Stadium this afternoon as Fran Alonso’s side swept aside the visitors and any doubters within the Celtic support that the team had been weakened after the historic double cup winning campaign last season. 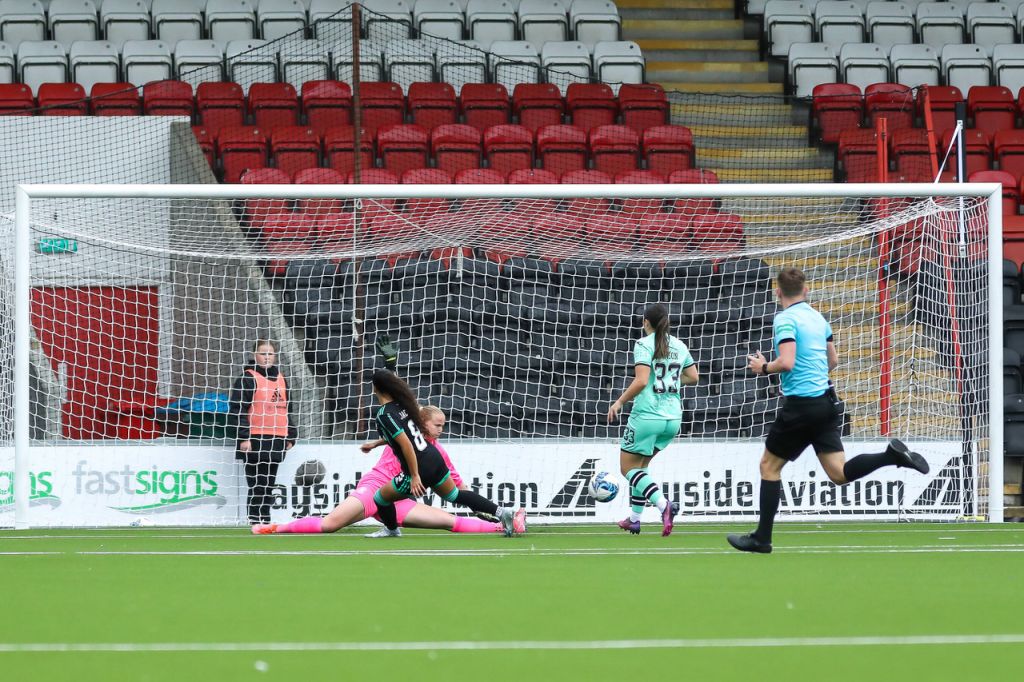 And there’s the videos of all six first half goals on this second link from the game this afternoon with Jacynta helping herself to a hat-trick, Clarissa Larisey a double and an own goal from Hibs defender Notley.

WATCH THE GOALS…Video: Watch the Celtic Goals as Hoops hit Hibs for six in sensational first half

Rate Jacynta Gala’s first half out of 🔟!

Into the second half and Fran Alonso looked to get game-time in the legs of the substitutes with Jacynta withdrawn early in the second period. Clarissa Larisey was going nowhere until she matched the Australian in getting her own hat-trick and that came through sheer desire to close down the Hibs keeper, rob her of possession and get her own match ball to take home.

It was then all about Amy Gallacher who scored from the spot kick via the post then the rebound of the keeper’s foot before adding a second and Celtic’s 9th of a magnificent afternoon, this time with a lovely effort from the edge of the Hibs box. The visitors had come down to ten players at the penalty incident (it was a stonewaller) but the issue seemed to something that was said to the referee.

A brilliant opening performance from Celtic against one of the top four sides. 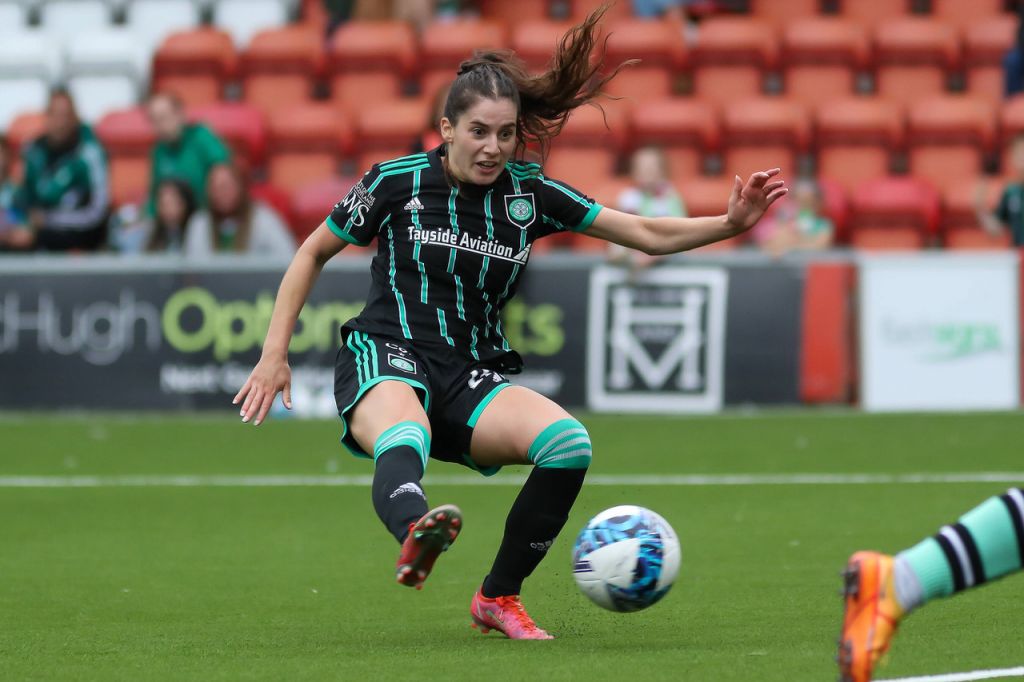 Player of the Match – Clarissa Larisey.

⚽TADHAL⚽ Abair latha!@CelticFCWomen get their 7th goal and 2nd hat-trick of the day😱 #SWPL pic.twitter.com/gzQaYl2F9R

Hibs down to 10 in the final minutes and @CelticFCWomen get another goal⚽ #SWPL pic.twitter.com/EiiSf4BBLC