The new decade, the nineteen eighties, began with a home game against League Cup winners Dundee United, a first-half Murdo MacLeod penalty the difference between the teams, after McAlpine had felled Roy Aitken.

The following Saturday, we headed through to Easter Road to witness George Best’s first competitive appearance against Celtic. Ally MacLeod (no, not that one!) had hit the bar with a penalty kick in the opening minutes before the Irish genius put the bottom side ahead within half an hour,  a shot which Latchford should surely have stopped. An Aitken header brought Celts level ten minutes later and the scoring ended there. 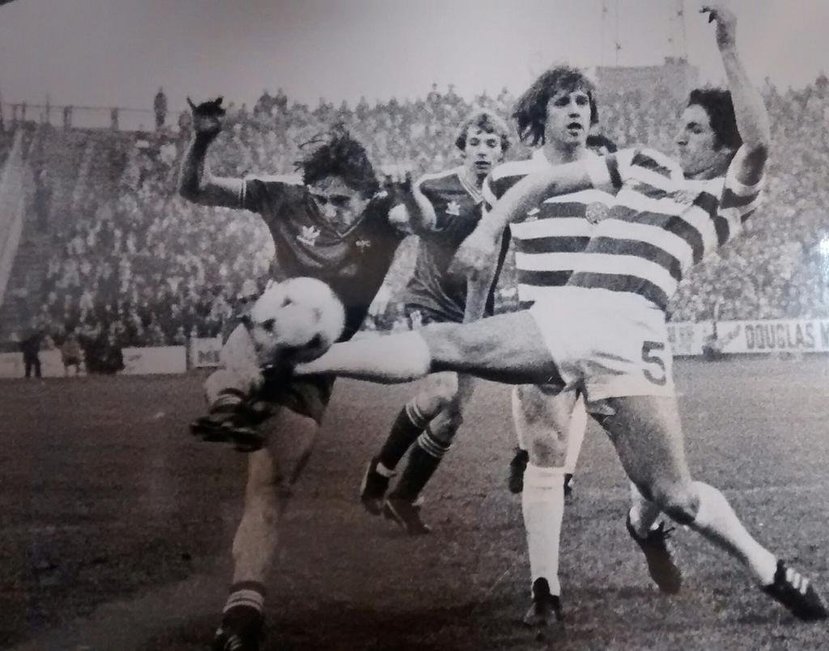 A second successive away draw then followed at Pittodrie leaving Celtic in pole position, four points clear of Morton and ten clear of Aberdeen, albeit having played three games more than the Dons. The month ended with an unspectacular 2-1 win over Raith Rovers at a foggy Celtic Park, as the Scottish Cup campaign commenced, the Fifers missing a glorious chance to equalise in the final minute.

February witnessed one of the most memorable Scottish Cup ties of that period – and perhaps Johnny Doyle’s finest hour – as Celtic were paired with St Mirren in the fourth round. There were over 30,000 fans inside Celtic Park when Hoops fan and scourge Frank McDougall gave the Buddies a first-half lead with a trademark header.

There was a certain irony in the goal, McDougall having been a signing target for Billy McNeill whilst at Clydebank, Celtic’s £100,000 offer then bizarrely being trumped by St Mirren, who paid an additional £80,000 to get their man. We would try again some time later to get him from Paisley,  this time losing out to Alex Ferguson, who secured him for Aberdeen.

We would pay for this prudence (or biscuit-tin mentality?) many times over the years. I remember coming back from Pittodrie after yet another defeat, this time McDougall scoring four goals against us.

As we trudged into the Celtic Social Club in Springburn, there’s the bold Frank standing at the bar in the poolroom, resplendent in his Aberdeen tracksuit, sinking a pint and chewing the fat with his Celtic mates! Talk about twisting the knife? However, on this occasion, Billy’s big signings would save the day for Celtic, Davie Provan setting up Murdo MacLeod for a last-minute headed equaliser.

The following midweek, I witnessed the biggest crowd I ever saw at Love Street, for the replay.

We were still queuing outside the ground, as first Latchford let a Bone header slip through his fingers then McAdam saw red, after a tussle with the aforementioned McDougall. The Saints striker was then stretchered off, following a Danny McGrain tackle, before Johnny Doyle ran through to equalise on the half-hour.

Over 27,000 crushed into the old ground to watch yet another heroic 10-man performance from Celtic, who suffered a further body-blow as the Buddies were awarded the softest of penalties on the hour mark. Despite a brave save from Latchford, Doug Somner followed up to make it 2-1 Saints. With twenty minutes to play, star man Doyle drew a Weir foul in the box and Bobby Lennox confidently brought Celts level. So to extra-time, Johnny then winning the tie for Celtic in the first minute with a classic goal, beating defenders then goalkeeper Thomson from the tightest of angles. Nearly forty years on, I remember that night so well, a real throwback to the cup-tie occasions of my childhood. 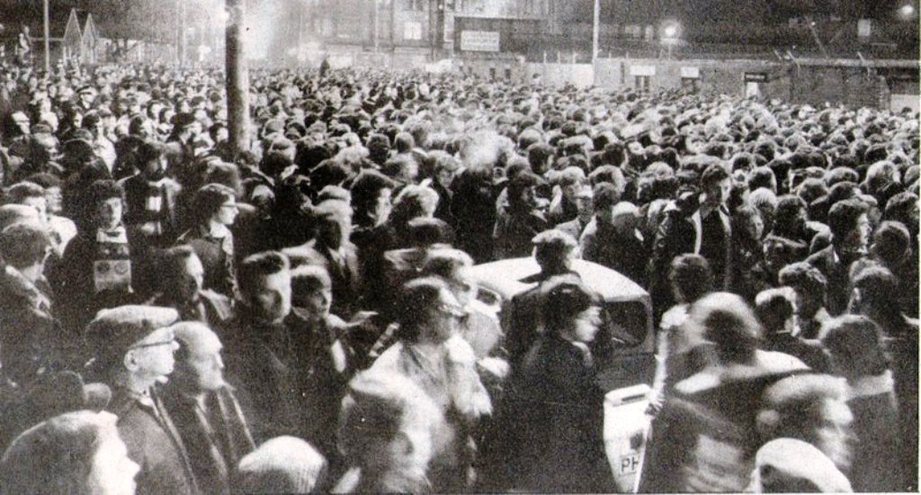 By contrast, Celtic’s February League form had been disappointing, with draws at Firhill – where future Celts Rough and Melrose broke Hoops hearts at either end, the keeper saving a MacLeod penalty and the striker equalising in the last minute – and at home to Dundee, where a late Aitken own-goal frittered yet another precious point away.

Previous ArticleThe Untouchables! An alternative take on the John Beaton Scandal
Next Article Jim Craig – At right-half for Celtic that day was Danny Dawson