You are at:Home»Latest»Gerrard’s Old Insecurities Return as Celtic Emerges from the Doldrums

One of the biggest annoyances of this season came with the Bolingoligate fiasco, the two games postponed, and the fact Celtic were chasing the scoreboard from the early stages of the season. 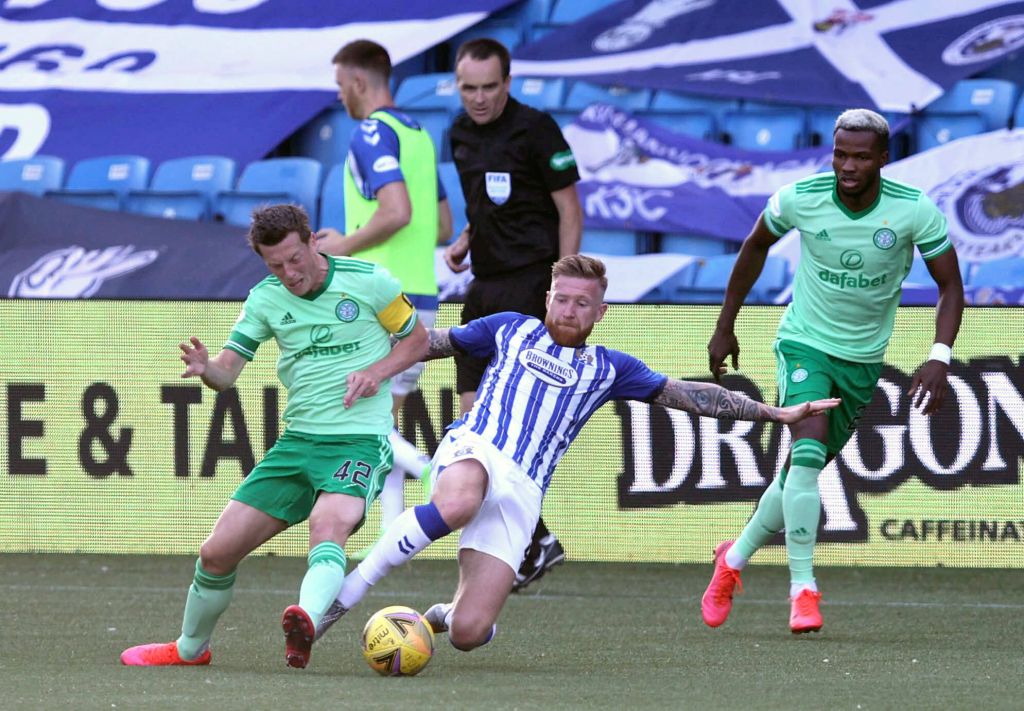 This had nothing to do with disgruntlement at the decision – that came later as certain clubs were held to very differing standards – no it frustrated because when this ‘Rangers’ side was ever put under pressure they had previously folded. Indeed, as they unravelled last season their own Captain said as much in the match day programme no less. As such the frustrating thing from a Celtic point of view was, we couldn’t, from the time those games were postponed, get close enough for them to feel us breathing down their necks and see them revert to type.

Gerrard in particular doesn’t appear to handle the pressure of a challenge well, his regular throwing of his players under the bus last season, and his “having analysed last season if the games finished after 86 minutes, we’d have won the league. That’s the brutal truth,” comments saw a manager who wilted under pressure and knew his players did the same.

And we’ve seen a little of this again with Gerrard’s comments concerning the appealing of the Ibrox Five’s Covid indiscretions , a decision that took 44 days to reach a conclusion, yet Gerrard still doesn’t feel the evidence has been fully considered.

Now we have theRangers manager spouting nonsensical drivel about Nathan Patterson, Steve Clarke, Scotland and what would appear, from theRangers manager’s assessment, to be the best full back produced in Scotland since Danny McGrain, a player who should apparently avoid punishment as the uncapped defender would have been a shoe-in for the Scotland squad for the Euros. Gerrard’s claim that missing four games would have such a detrimental impact on the young player’s career appears to be at odds with not only crime committed and therefore punishment due, but also at odds with the few occasions up to this point that Gerrard has even played the player.

Scratch the surface and Gerrard has a level of fear emerging once more and his recent comments give him away.

Winning a title this year is a big deal down Ibrox way of course, however Celtic are at their lowest ebb since the decade began, as such theRangers have a had a free run at every trophy. They’ve won one of course, the most important, but they’ve also been dumped from the League Cup by St Mirren and now face the prospect of Celtic in The Scottish Cup.

In a season of Celtic’s withering form, and indeed the greatest upheaval since Barnes and Dalglish left the building, a league title will of course suffice, but go into a Cup tie against a team who may not have had the results to match their dominance in the last two Derby encounters, yet evidently held the upper hand, must weigh heavy on Gerrard’s insecurities. A lack of a right back, if Tavernier doesn’t return and Patterson is suspended, is the crux of Gerrard’s nonsensical ramblings about appeals and Scotland being denied the Tartan Cafu for the Euros. 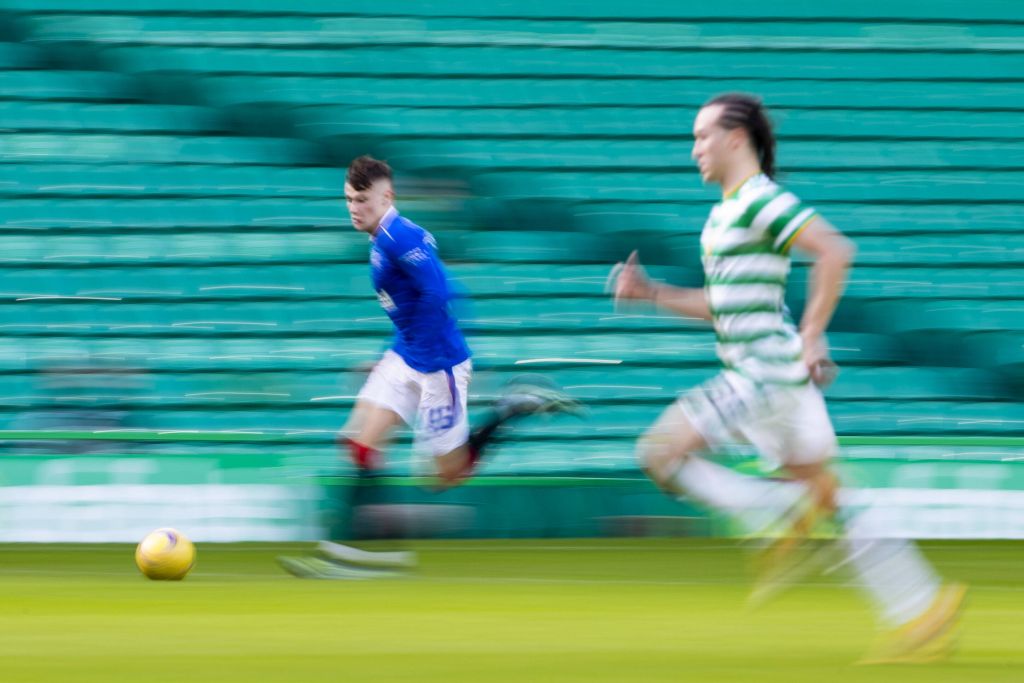 John Kennedy and Celtic have already targeted and shown up stand in right back Leon Balogun at Celtic Park, and it’s clear to see Gerrard sees not only the possibility of being knocked out the Cup by Celtic but also the fillip that could give an improving Celtic ahead of a league trip to Ibrox also on the horizon, against a rival soon to be buoyed by the arrival of a new and very talented manager. As such that fear hasn’t taken long to resurface.

Gerrard knows he’s had everything go his way this season and is acutely aware Celtic could not remain in the doldrums for long, such has been our dominance for night on a decade. He will know even this end of season trophy could have a significant bearing on himself, his players and Celtic ahead of the new season.

TheRangers fans may be exhibiting that great sense of entitlement once more but Gerrard will know that simply means next season will mean increased expectations and even less patience from a support that Gerrard has already seen in action when the wheels come off when much was expected. 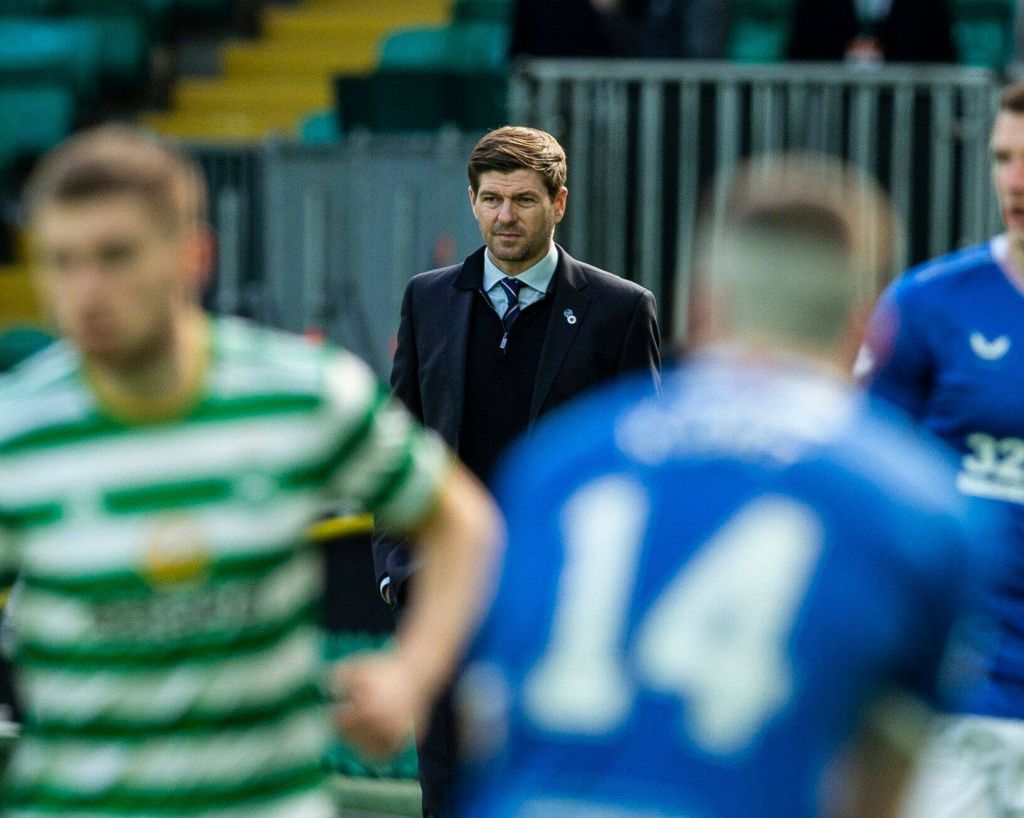 So, save us the scarcely credible excuses, that Gerrard is suddenly concerned about much needed exposure for a player who has barely featured for his manager, nor has it impacted his chances of a European Championships call up, not when he’s yet to even come close to a Scotland shirt under Steve Clarke when the likes of David Turnbull, far advanced in his career than young Patterson, has yet to even have a sniff of a cap.

No, this is simply Steven Gerrard looking ahead and knowing a league title win has gained him credit in the bank but is very much aware two defeats to Celtic, one leaving the worst Celtic side in twenty years with a free run at a Scottish Cup, and an injection of confidence even prior to the arrival of a manager he knows can more than challenge, and will be suitably funded to do just that, whilst also being aware his own players have had no pressure placed upon them this season and he more than knows when they do, they struggle to cope.

This outburst and senseless claims of protecting his young charge, is nothing of the sort, it is simply fear resurfacing for a manager who knows he and his players have a tendency to slip under pressure and this time around, in a one-off cup tie, there is no safety net of a points advantage.

Previous Article“From the first day I walked in there I gave Celtic my life, I gave everything to Celtic,” Brendan Rodgers
Next Article Potential Eddie Howe announcement this week as Englishman looks for summer start