You are at:Home»Latest»Giakoumakis Shock as Celtic linked with South Korea World Cup Striker

“Giorgos Giakoumakis seeks January transfer after Celtic fail to meet salary expectations,” tweets journalist Duncan Castles this morning, who worked alongside Scott Burns on the story that was published late last night on Daily Record website breaking the new that the previously reported negotiations on a new contract for the Greek striker (Liel Abada was also mentioned as being in discussions with the club on a new deal) has failed to reach an agreement and that Giakoumakis is now looking for a January exit with several clubs interested in signing him, presumably with better personal terms that he is currently on or is being offered by Celtic.

Castles was one of the first journalists to like Giakoumakis with a move to Celtic from his previous club VVV Venlo in Holland. 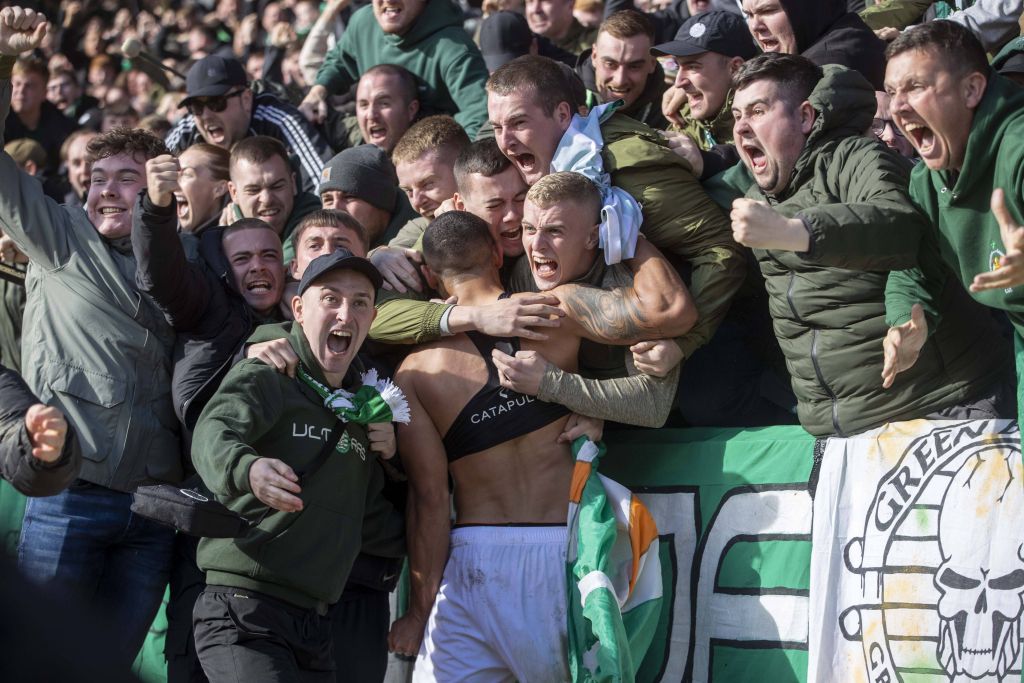 Giakoumakis joined Celtic from Dutch minnows VVV Venlo so presumably would not have been on big money in the Eredivisie, however in a situation broadly similar to Josip Juranovic who joined Celtic from Legia Warsaw, both players were reportedly signed on contracts with a promise to renegotiate of they performed well for Celtic.

From both players perspective that has indeed happened but while it looks increasingly likely that the Croatian right-back currently at the World Cup in Qatar will get a move in January to the surprise of no-one, the Giakoumakis news is clearly an unwelcome shock.

Ange at this year’s AGM:

“We will need to move players around to make gains. We have to maximise our squad to get the greatest revenue from the club.

“I’m comfortable with that. It will be unsettling for you guys, you’ll have favourite players but we need to be wise.” pic.twitter.com/zwbA8MKjP1

Ange Postecoglou at the Celtic PLC AGM warned the support that he was going to be aggressive in the transfer window and that some of his players could be sold to allow the squad to evolve and improve towards achieving his domestic and European objectives in the Champions League on an ongoing basis.

The Daily Record report states that Giakoumakis is ‘unhappy’ that new terms have not been agreed and claims that there is ‘strong European interest’ in the 26 year old Celtic striker who is contracted to the club until 2026.

As that story broke in the Record, Scottish Sun journalist David Friel, formerly of The Celtic View and still well connected with the club, broke the counter story that Celtic have ‘joined the race’ to sign South Korea World Cup striker Cho Gue-sung.

The Jeonbuk Hyundai Motors scored twice against Ghana on Monday and the 24 year-old has attracted interest from numerous European clubs after his performances in Qatar. David Friel reports:

‘Cho is well known to Hoops boss Ange Postecoglou, having scored against his Yokohama F Marinos team in the Asian Champions League in February 2020.

‘The 6ft 2in striker went into the Qatar World Cup off the back of an impressive season in Korea. He scored 21 goals in 35 games in all competitions for Jeonbuk and army team Gimcheon Sangmu.’

Korean striker Cho Gue-sung has caught the eye of Celtic who are keen to bring the striker to the club.

The 24 year old scored a double vs Ghana at the World Cup which has saw interest in Gue-sung rise.

Cho will be in action again tomorrow against Portugal so it’s worth keeping an eye on that match.

Both these reports seem to be well informed with each side in the Giakoumakis contract negotiations having got their side of the story out this morning.

A wee note on confusion over new deals for JJ & GG 👇🏼

Yes, both their contracts run until 2026 however both are on a small wage compared to first team squad.

Assurances were made to improve deals if they were successful & neither player is happy on what has been offered. pic.twitter.com/vpvkbZ9F9T

A side note on this:@DuncanCastles who's reporting on it also broke the story of Giakoumakis to Celtic from Eredevisie. https://t.co/ZUJwwJIV2l

Morning Gossip: Reports we are interested in South Korean striker Gue-sung Cho but will face competition from around Europe Strange story GG wants to leave, but with a long contract club in strong position. West Ham first side to be linked with Josip Juranovic no fee mentioned HH pic.twitter.com/fUneP4Z1pk