You are at:Home»Latest»Good news for Celtic as details of Fraser Forster’s loan agreement emerge

It’s always incredible when you hear about details of a loan deal that seems like the parent club have completely shot themselves in the foot.

Perhaps it’s the case that Celtic wouldn’t have agreed to the deal otherwise, but there’s been some talk about Southampton possibly trying to recall Fraser Forster in January.

Thankfully for Celtic,  a report from The Telegraph delivers some good news. They claim that even though Southampton are looking for a new number one and might want to bring him back, there’s no option in the loan deal that allows them to do that.

That means he’s destined to stay in Glasgow until the end of the season at least. It’s undoubtedly great for Neil Lennon as it ensures he won’t lose one of his best players in January, but the keeper must be pretty pleased too.

It looks like he’s enjoying his football, he’s winning trophies and has the Europa League knockout stages to look forward to. It’s hard to think he would be pleased at the prospect of swapping that for a relegation battle with a poor team.

He’s also seen that a poor performance could see him relegated to the bench before, so there seems to be no reason he would want to return either. 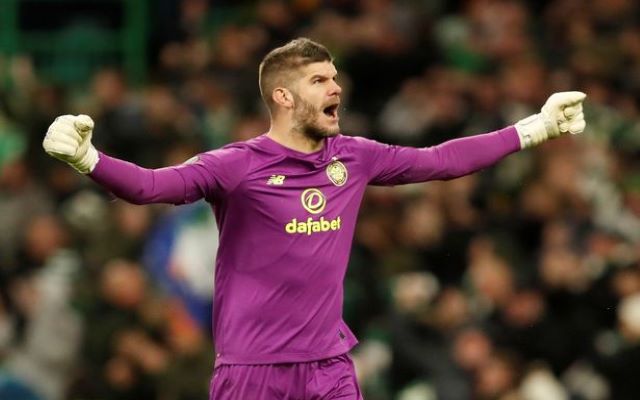 Time will tell if Celtic do manage to keep him permanently. It’s entirely possible that Southampton will get relegated this season so that might force them to sell some players in the Summer anyway. If that happened it might also help Celtic keep hold of Elyounoussi for longer too.

It seems that the fans should be cheering for whoever Southampton are playing against for the rest of the season.

Previous ArticleBad news for Celtic as January target reveals his preferred destination
Next Article As it stands: A look at the most preferable Europa League opponents for Celtic