You are at:Home»Latest»Gordon Strachan hails Celtic trio after win vs Hearts

Celtic’s attacking trio of Odsonne Edouard, Ryan Christie and James Forrest have been in brilliant form this season. They have put up astounding numbers and have won games single-handedly at one point of time or another. The trio have combined to score 45 goals and 40 assists for the Hoops in 2019/20.

The three were heavily involved in Celtic’s 2-0 win away against Hearts on Wednesday. After missing the last two games through injury, Ryan Christie was back in the side and opened the scoring in the 28th minute. James Forrest assisted both of the team’s goals and Odsonne Edouard was great as well as he continues to return to full fitness. 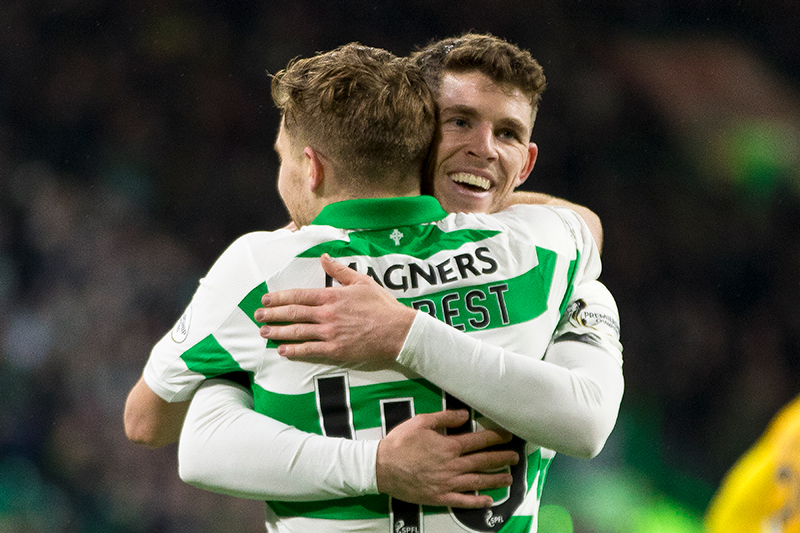 And the trio’s performances have not gone unnoticed either as Gordon Strachan was full of praise for them after the match on Wednesday. Speaking on BT Sport, the former Celtic manager said:

“What you’ve got there is three great players playing with each other. You don’t practice that. That’s three players understanding where the right position is to be.

“As coaches we can put them into certain positions. But having ability to make decisions like that and do things like that makes them different from most teams.”

The three are probably the first names on Neil Lennon’s team-sheet every week and their consistency has been admirable to say the least. While Edouard has been brilliant as expected, it would not have been possible for him to perform at this level without any backup if Forrest and Christie had not been as prolific in front of goal.