Former Celtic manager Gordon Strachan will be announced as Dundee’s Director of Football, ending the suggestion that he may return to Celtic on a permanent basis behind the scenes. The 65-year-old was employed as Technical Director at Dens Park but following their relegation, a boardroom reshuffle is expected with Strachan expected to move into a traditional DoF role.

Strachan and Dermot Desmond have a close relationship and he had been touted as a possible recruit behind the scenes. However, that speculation appears to have cooled given that Dundee are closing in on a move for Strachan to Director of Football. According to The Sun,  Strachan will be moved to the role with John Nelms taking less involvement with first team affairs.

The former Aberdeen winger enjoyed an excellent career as a player before moving into management. Successful spells in England eventually resulted in Strachan replacing Martin O’Neill in 2005 as Celtic transitioned away from the big wages of the O’Neill-era.

Strachan’s sons Gavin and Craig are currently employed by the club and the former Manchester United and Leeds United winger has been on the Celtic TV gantry over the course of last season. The club commissioned Strachan to undertake a role as a Strachan won 3 League Titles in four years at Celtic, as well as winning 2 League Cups and 1 Scottish Cup. His teams were extremely successful owing to being well drilled. However, they were often criticised for being a bit too pragmatic. 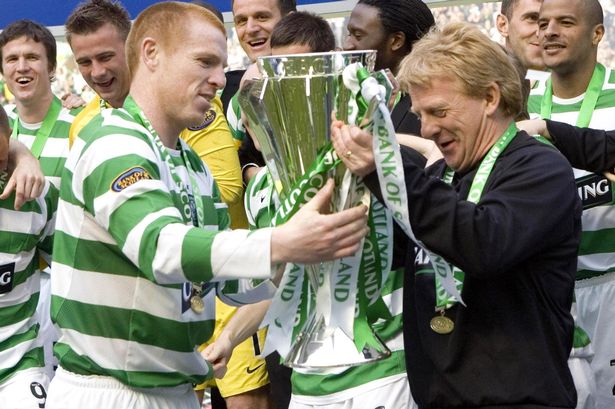 During his four years with Celtic, Strachan oversaw 182 games – winning 122 of those games. As Celtic boss, Strachan oversaw back-to-back Champions League Last 16 appearances. He is remembered as a good Celtic Manager, even at the time he may have been underappreciated. Given the calamity that was Tony Mowbray’s tenure, there was an appreciation for what Strachan achieved, especially in Europe.