You are at:Home»Latest»Green Brigade’s statement calls for Peter Lawwell’s Resignation

The Green Brigade have this afternoon released a statement in which they call for the resignation of the Celtic CEO Peter Lawwell. They also urge all Celtic Supporters to join the Celtic Trust as a means of securing greater supporter input into the running of the club.

They open by noting the huge financial commitment that a record number of supporters  made in the summer when 60,000 season tickets were purchased despite the likelihood that the matches would have to be watched on a stream provided by the club. “Our return has been a calamitous season of historic proportions”.

Peter Lawwell’s ‘parody-like apology’ for the Dubai trip and is mentioned next. :The insulting claim of being the ‘most affected club’ by the pandemic fails to disguise his own neglect and demonstrates a shocking lack of self awareness”.

The full statement, including the call for Peter Lawwell to resign is available below.

As we said earlier today, it is time to talk Peter. 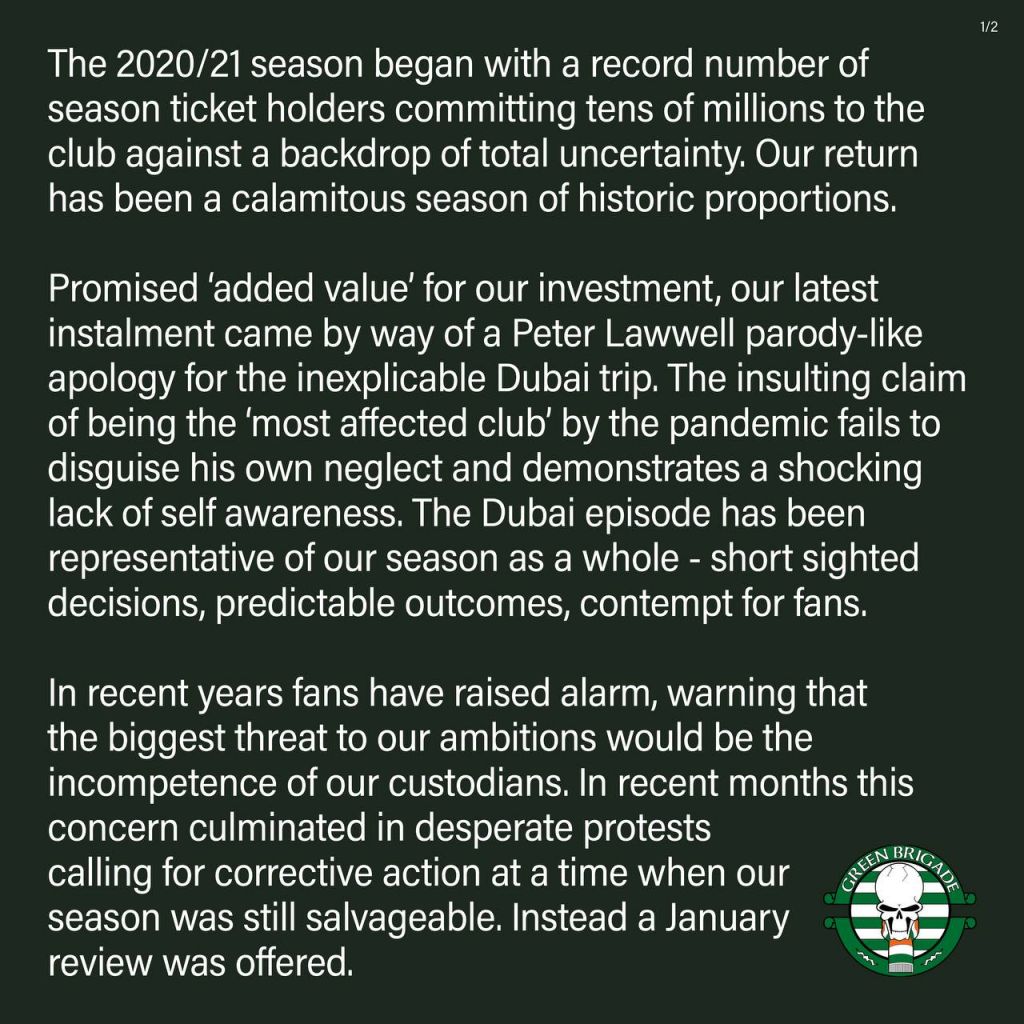 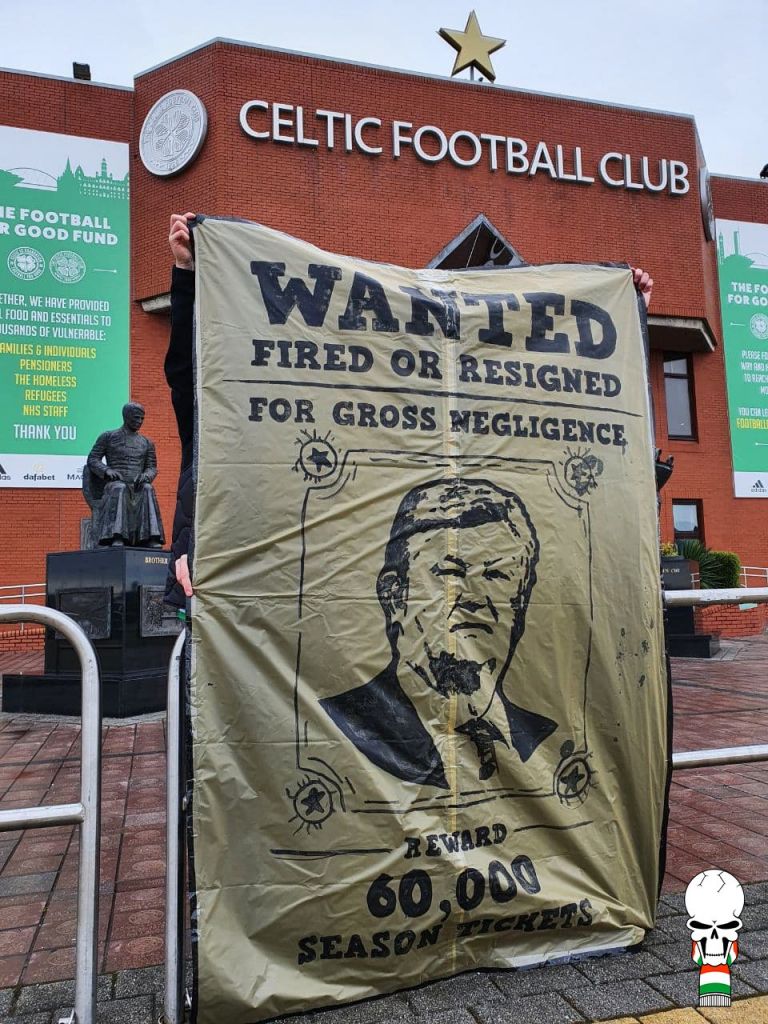 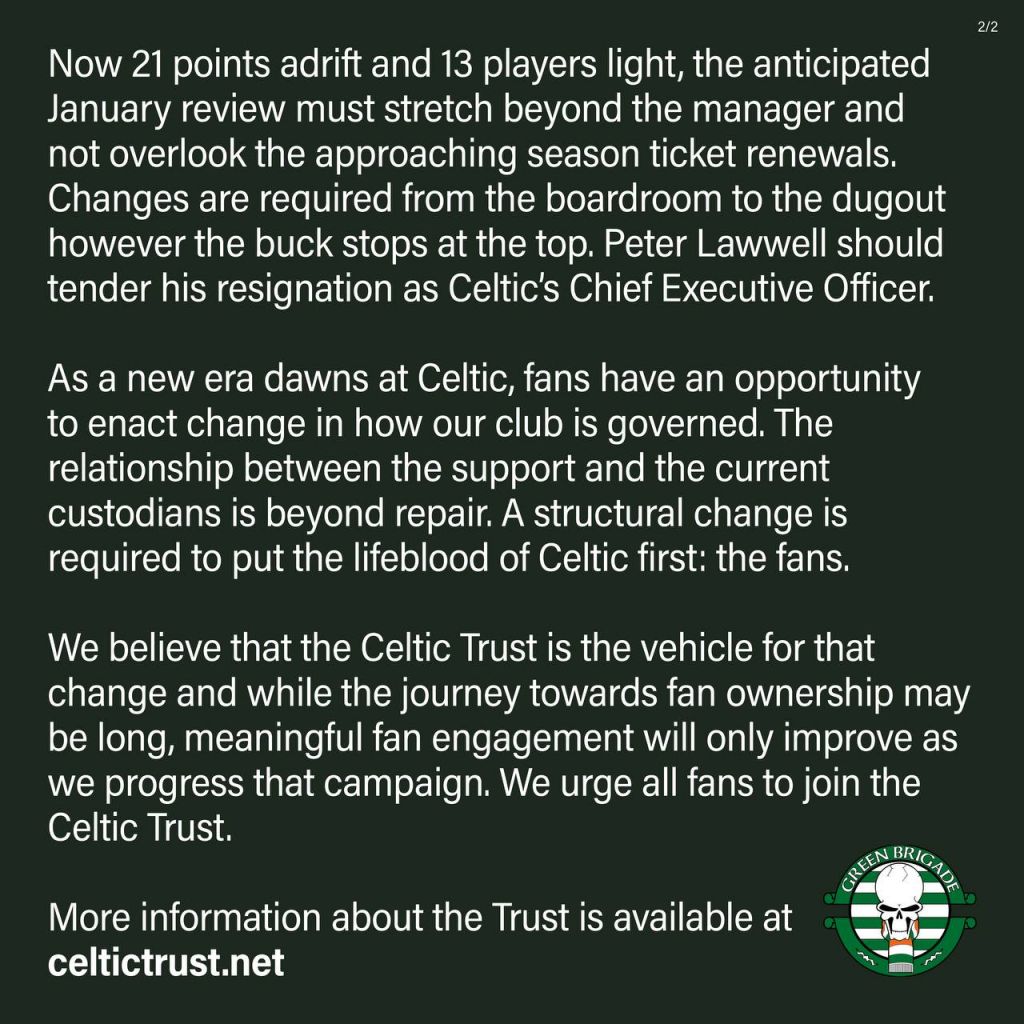 “The Dubai episode has been representative of our season as a whole – short sighted decisions, predictable outcomes, contempt for fans.”

Previous ArticleOur Enemies are kicking Celtic – Peter, it’s our club and it’s time to talk
Next Article Photo Of The Day: Celtic Stars Train In The Snow