You are at:Home»Latest»Griffiths to Start but Cluj is no D-Day for Celtic Future

Leigh Griffiths will start today’s match with Cluj in Romania as Celtic look to rotate their pack and manage the workload of some of their stars. The 29-year-old will lead the line as the Scottish Champions complete their Group E fixtures away to the Romanian champions.

However, Neil Lennon was refusing to be drawn into speculating whether Griffiths’ Celtic future is dependent upon impressing in the next few weeks suggesting instead that the player is playing to get him up to match fitness as he spoke to the Media Conference in Cluj.

“In the context of the season, it’s a big night for Leigh because he hasn’t played much football and there’s a good chance he will start.

“There’s no pressure on him. We know what a player he is. It’s just a question of getting as much game time into his legs as possible and then him going out and enjoying himself and working hard to get something out of the game.

“There’s a hunger about him to impress. He’s going to get that opportunity tomorrow night.” 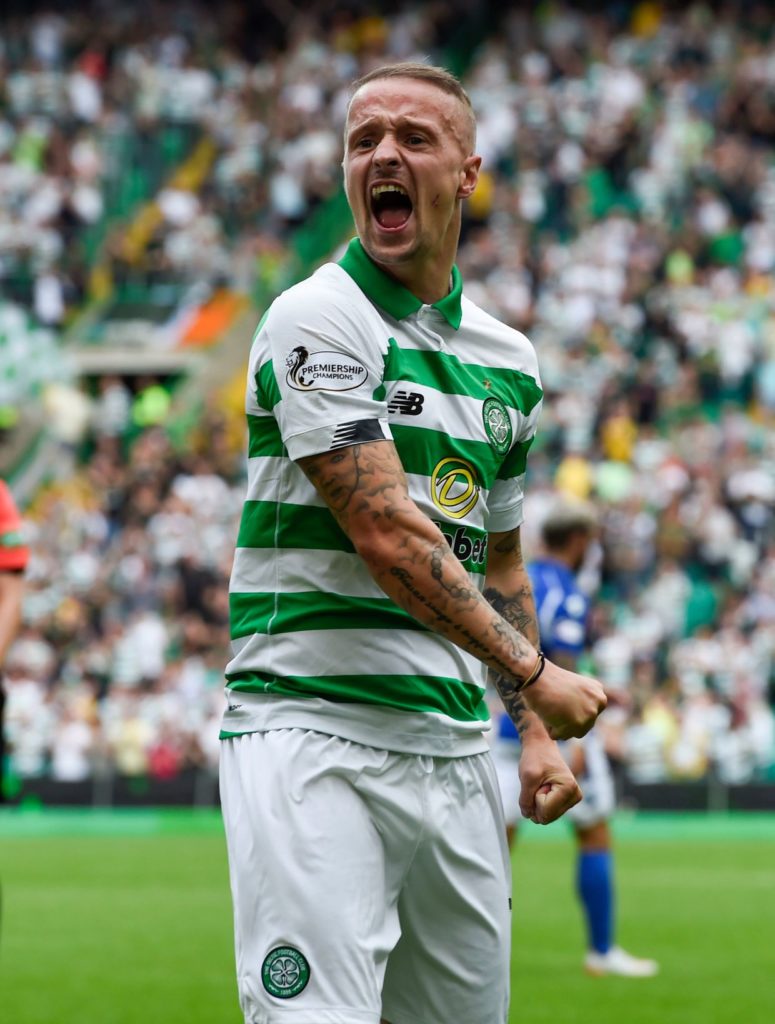 There were suggestions after Griffiths failed to make the Celtic bench on Sunday that his Celtic career may be on borrowed time; however, Lennon says talk that he is fighting to save his career with the Treble Treble Winners is silly as the club refuse to write off the once 40-goal-a-season striker.

“We are certainly not writing him off. None of those sound-bites are coming from anyone inside the club.

“Leigh’s got an opportunity to get match fitness allied to topping up his fitness work behind the scenes.

“He knows what he has to do, so he’ll be really looking forward to going out there and playing, I have no doubt about that. Of course he can get back to where he was. It’s down to him in terms of his day-to-day work and then what he brings to the team when he does play.”

Griffiths will play alongside a youthful Celtic team as they aim to balance the demands of the domestic season with their obligations in Europe, as well as giving minutes to those that look to break into the first team.

Previous ArticleC’Mon the Young Bhoys – Scott Robertson, Karamoko Dembele and Grant Savoury get Cluj Task
Next Article Which Champions League dropouts can Celtic face in the next round?