You are at:Home»Latest»Hair is Fine, Talks Celtic All the Time – Elyounoussi Reveals Armstrong Advice

Moi Elyounoussi has revealed that he sought the advice of Stuart Armstrong before moving to Glasgow. The midfielder, who picked up the SPFL Player of the Month Award for October, has been in incredible form since arriving from Southampton in the summer transfer window.

As reported by The Scotsman, Elyounoussi spoke about getting his confidence back at Celtic and credited the people that sold him on Celtic – one of them being Stuart Armstrong. The Scottish midfielder spent three-and-a-half years at Celtic before a move to Southampton in 2018 – and it was his words that sold Elyounoussi on the loan move to the Scottish Champions.

“I spoke to Stuart, of course, as we’re team mates at Southampton and he was able to tell me things that I didn’t know about the club.

“He told me so many good things about Celtic. And it was perfect that he sat next to me in the Southampton training ground dressing room.” 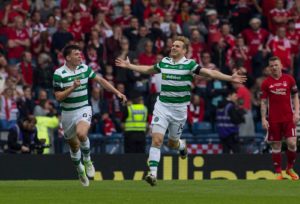 Elyounoussi also revealed that along Norwegian team-mate, Kris Ajer had also given him an idea of he kind of place Celtic was and what would be expected of him at the club. Despite the profile of the league varying drastically, Elyounoussi didn’t see a move to Celtic as a step-down but as an opportunity to regain his confidence.

“Of course, I had also spoken with Kris Ajer about Celtic too so I had a good knowledge of what I was coming into.

“I didn’t look at it as a step down, going from the English Premier League to the Scottish Premiership.

“I needed to get game time. I needed to get minutes on the pitch. I feel Celtic have brought my confidence back. I’m scoring goals and I’m really happy.

“I expected to do well. I came up here to help the team to create chances and score goals to help them win games.

“So, I’m not surprised. I know the quality I have and I think the manager knows that as well.

“So, with his belief and trust in me and the help of the coaches too I feel I am bringing what I can to the team.” 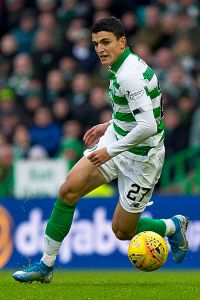 Elyounoussi’s self-belief is apparent but it is essential for a team to have hungry players, hungry to succeed and hungry to win trophies. Elyounoussi’s form, 7 goals and 6 assists in 12 games is incredibly impressive.

The opportunity of Celtic was perfect for Elyounoussi, a player that has excelled at Molde and Basel – players at the top end of their leagues. He is a luxury for a team like Southampton and is best suited to a team that has a lot of the ball; whereas at Southampton, he would be used to defending predominantly.

Celtic have, according to reports enquired about the price that it would take for Elyounoussi to become a Celtic player on a permanent basis.

Armstrong meanwhile, who won eight trophies at Celtic, might have been envious looking north of the border and seeing Elyounoussi play so well – especially with competing in Europe; meanwhile on the South Coast, Armstrong’s Southampton sit 19th in the Premier League.

Previous Article‘Brilliant player descriptions,’ Supporters name best Celtic team of past 20 years, in May 1967
Next Article ‘Up there with the best in my career,’ Fraser Forster on Saves that Stopped Lazio