You are at:Home»Latest»Hamilton Academical 0 Celtic 3 – Odsonne Edouard warms up for Ibrox

Well, I suppose that this one could have been a banana skin given the dodgy Hamilton artificial pitch, the absolutely awful conditions and the psychological effect of knowing that theRangers were 19 points ahead before we started.

The first half was excessively frustrating and one began to fear for the second half. But we got a penalty (which was not immediately apparent and which I’m not sure that I would have given, to be honest) well taken by Odsonne Edouard who was wise not to try another Panenka.

🎙️ Neil Lennon: "I thought the players were outstanding. Their attitude was brilliant and we played some great football. Everything about the players was spot on and we are looking far more like ourselves. That was a great performance." #HAMCEL pic.twitter.com/f7NiNQvZsS

He simply hammered home a no-nonsense penalty. The second goal was a good one, and said a lot for the Edouard-Griffiths partnership, and then David Turnbull wrapped the game up after another good Celtic move. 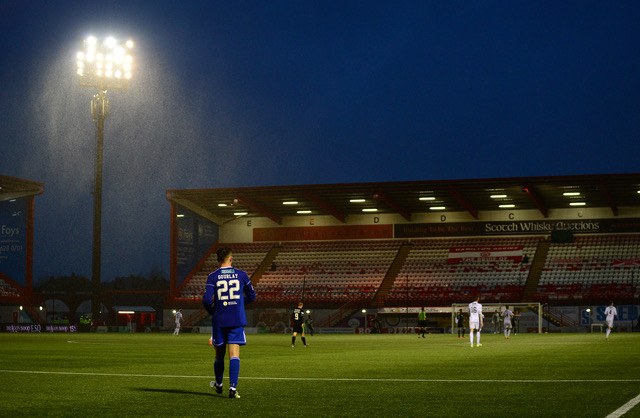 Odsonne Edouard had a good game throughout, and he looked good even when the play was close, which I have worried about in the past. But there weren’t really any bad Celtic players with McGregor, Taylor and Christie in particular looking good. The defence was hardly bothered at all and handled all that they had to, and the midfield diamond formation seems to be a winner.

As often happens against Celtic, Hamilton’s goalkeeper had a great game, although some times Celtic’s shooting was not what it could have been. Nevertheless, Hamilton might not be the relegation team on this form as they had so many injuries today. The referee got one or two decisions wrong, and I thought the booking of Bitton was a bit harsh, but refereeing in these conditions cannot be easy either. 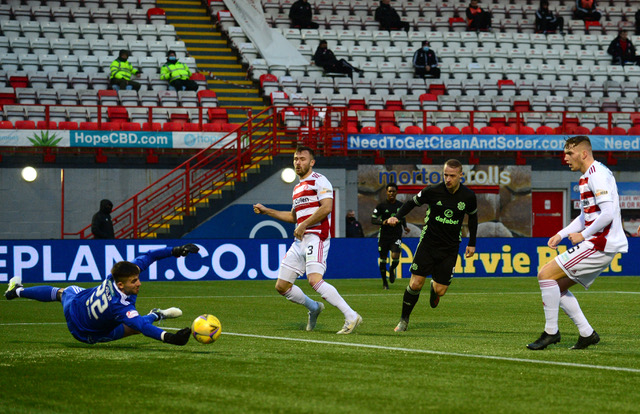 So, we now only have to win 21 League games in a row, but as the commentators never tired of telling us, there is no leeway or margin for error. Let’s leave next Saturday to look after itself. Dundee United, never an easy side to deal with, come first. I would like to see Mikey Johnston get a start, but otherwise I wouldn’t make too many other changes.

I would certainly keep the same formation, and the forward partnership that we had today. Possibly Jullien will return to the defence, but the eye must not be taken off the ball. We must win on Wednesday, and must cross the city next Saturday with our destiny still on out hands. A draw or a defeat on Wednesday means that we “need snookers”.

I am not yet writing off Ten-in-a-Row, but I may have to if we slip up on Wednesday,

WELL DONE #CelticFC💚!
THE MOST BEAUTIFUL GIFT🎁 YOU COULD GAVE US FOR CHRISTMAS!🎄🌟
Three goals⚽! Three points✅! Great to watch.
Congratulations for the extraordinary character displayed throughout the match! 👊🍀 #HAMCEL pic.twitter.com/DtwATr3Tko

Previous ArticleSandman’s Definitive Ratings: Celtic v Umbrella Academical
Next Article Lennon on Celtic’s trip to Ibrox: “Are they capable of going there and winning? Yeah”