You are at:Home»Latest»Hampden starting eleven to see off Rangers – predicted team news

BRENDAN RODGERS takes his Celtic squad to Hampden tomorrow in a pretty much unique position in his second season in charge – he has an almost entirely fully fit squad to choose from.

So his team selection process, so often restricted options wise this season caused by an extensive injury list, will take much longer than it usually does and the manager has some big calls ahead of kick-off as he ponders all the factors available to him and his team to come up with a starting eleven that he feels can take Celtic to within 90 minutes in May from making history.

The Double Treble is tantalisingly close. Given it is the first time any club in Scottish football has ever been in this position it may well be a once on a lifetime opportunity for this amazing achievement to be reached.

But first he has to take care of Rangers tomorrow.

Injury wise Stuart Armstrong has a slight muscle problem but should be available. Other than that minor concern, Brendan has all the riches of his 7 in a row squad to choose from, so who will he play?

Let’s have a look…

A SAFE PAIR OF HANDS 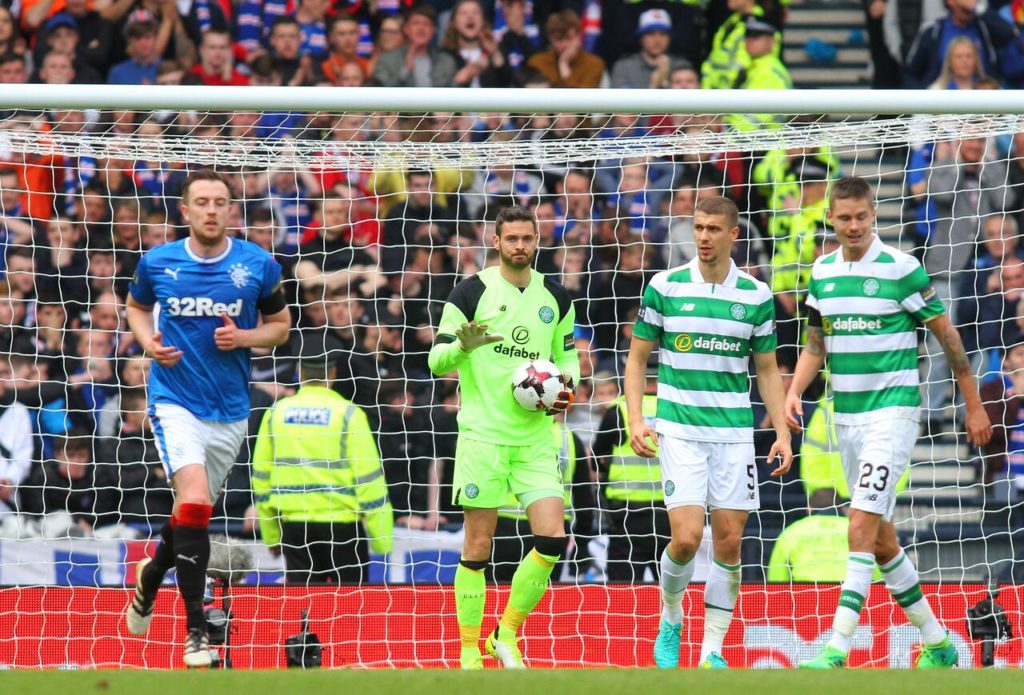 Rodgers has a decision to make between established first choice keeper Craig Gordon and the new kid on the block Scott Bain, who played last week at Hamilton. Bain has impressed the support and is a keeper that the Celtic manager likes. Gordon has had to change his game to impress Rodgers but achieved that in spades. He will be given the chance to increase his record of 100 shut outs tomorrow as he gets the nod to start. If it goes the other way few will be concerned, although that would send a longer term message as to how Rodgers sees as his number 1 for next term. Prediction: GORDON TO START. 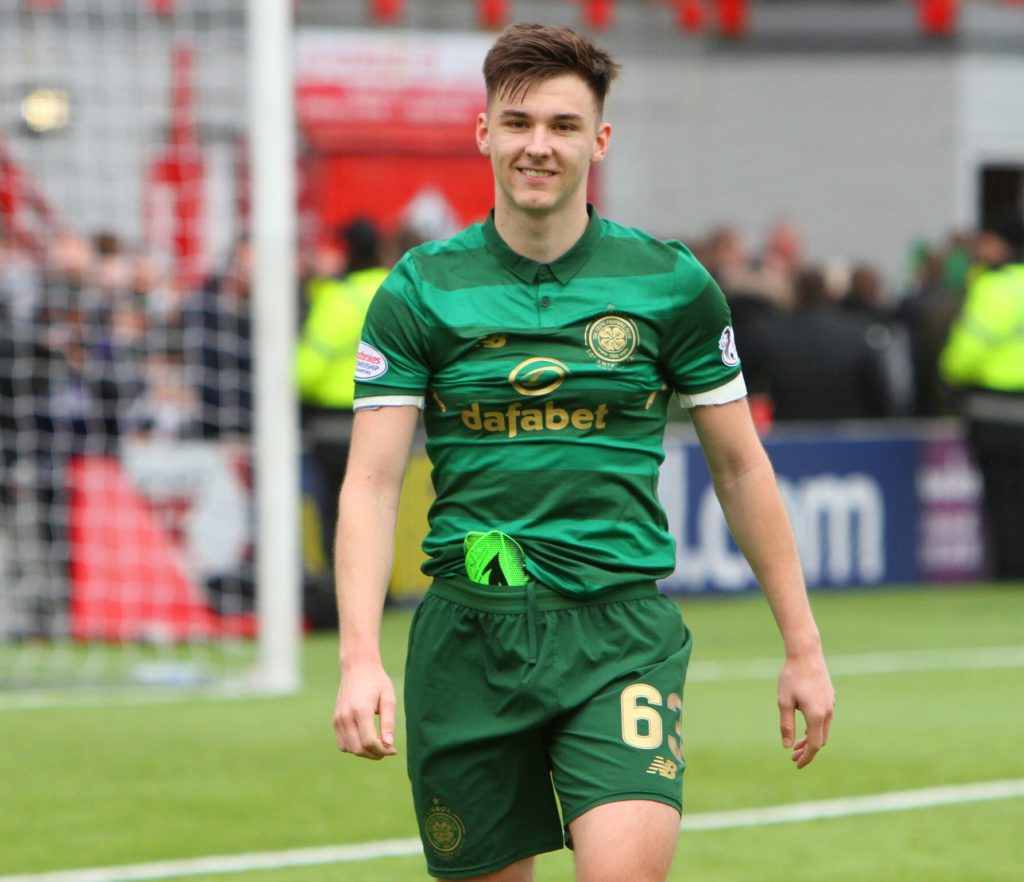 On Beautiful Sunday Mikael Lustig sat alongside Leigh Griffiths in the Free Broomloan – he was suspended after being sent off at Pittodrie. He will be back at right back tomorrow and he loves these games.

It will surprise no-one that Kieran Tierney will be at left back. That Manchester United scout will get a chance to see the best left back in Britain, who he will know is on a long term contract at Celtic. Nice of the papers to mention his trip though.

Brendan Rodgers yesterday outlined the differences in the way the three Rangers managers have played against Celtic. He noted that Murty has a more direct counter attacking approach and knows that they will target Dedryck Boyata who got out of jail at Ibrox after having a complete nightmare. 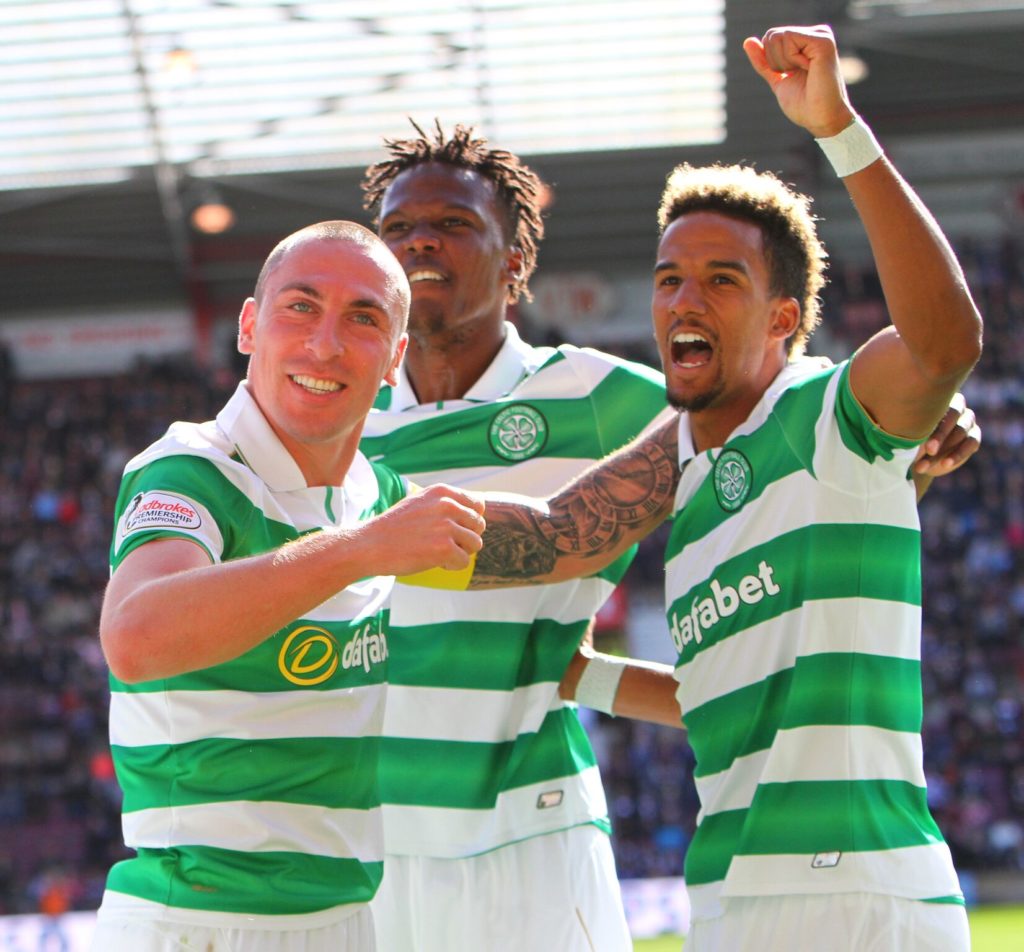 And what about Jozo Simunovic who was red carded for throwing an elbow at Ibrox and hasn’t started since.

These two started the season as the established central defence partnership but they are now fighting for a starting place beside the impressive Norwegian teenager Kristoffer Ajer who is now a first pick for Rodgers.

Ajer though made the mistake last week at Hamilton but that won’t be a factor as he has done more than enough to convince Rodgers of his merits.

New signing Jack Hendry is cup-tied while the veteran German defender Marvin Compper isn’t any where close to winning a starting place so it is a matter of Ajer and either Boyata or Simunovic? It could go either way but we reckon that Brendan will opt for Boyata.

THE MIDDLE OF THE PARK

This is where Rangers feel they lose these games against Celtic and have identified the root cause of their problems – Celtic skipper Scott Brown, a shoe-in for the Scottish Player of the Year awards surely. In his testimonial season he has had his best ever campaign as a Celtic player and will be desperate to win tomorrow to get to the final and achieve that double treble. Watch out for him coming in for some heavy tackling. 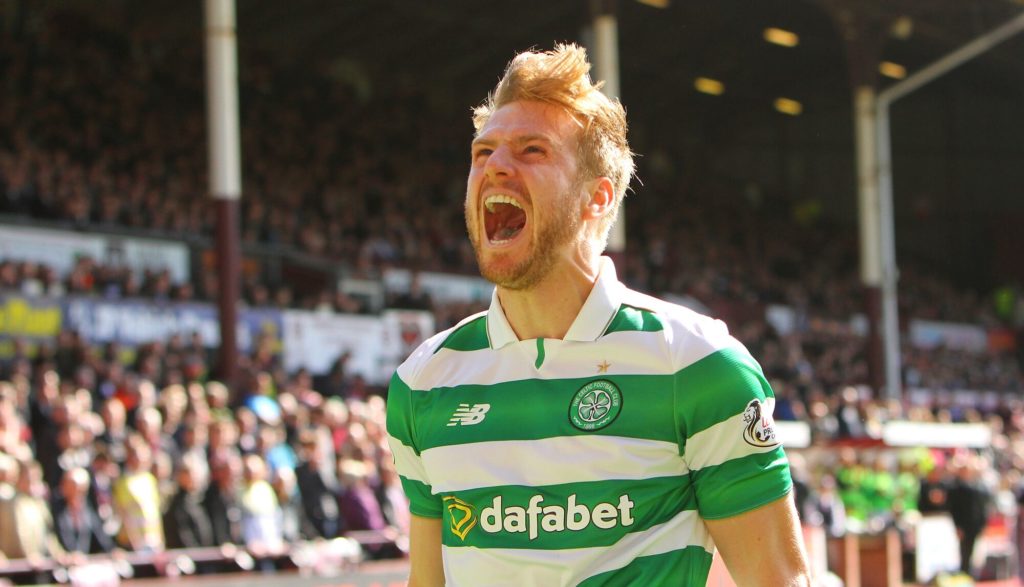 Next to Brown, Rodgers would, we reckon, play Stuart Armstrong, but with that injury concern, and with everyone else being fit, will he opt to leave the him on the bench and instead play Olivier Ntcham, who had a splendid game on Beautiful Sunday? Rodgers could also go for Callum McGregor in this position but may prefer more ‘steel’ alongside Brown to ensure the battles are won. All this points to Ntcham starting but Brendan always likes to play a curve ball and we’ve a sneaky feeling that Stuart Armstrong will start. He enjoys a goal against Rangers and Brendan wants proven skelpers on the park.

And that’s why Tom Rogic will play. He has scored on both wins at Ibrox this season and Hampden is always going to be a special place for the talented Aussie after what happened the last time he kicked a ball there. Rogic was rested last weekend with Hampden in mind and he’ll start.

That leave the two wide positions and for us Brendan will play Paddy Roberts on the right then it’s one of three for the wide left with Scotty Sinclair, James Forrest and Callum McGregor all in contention. 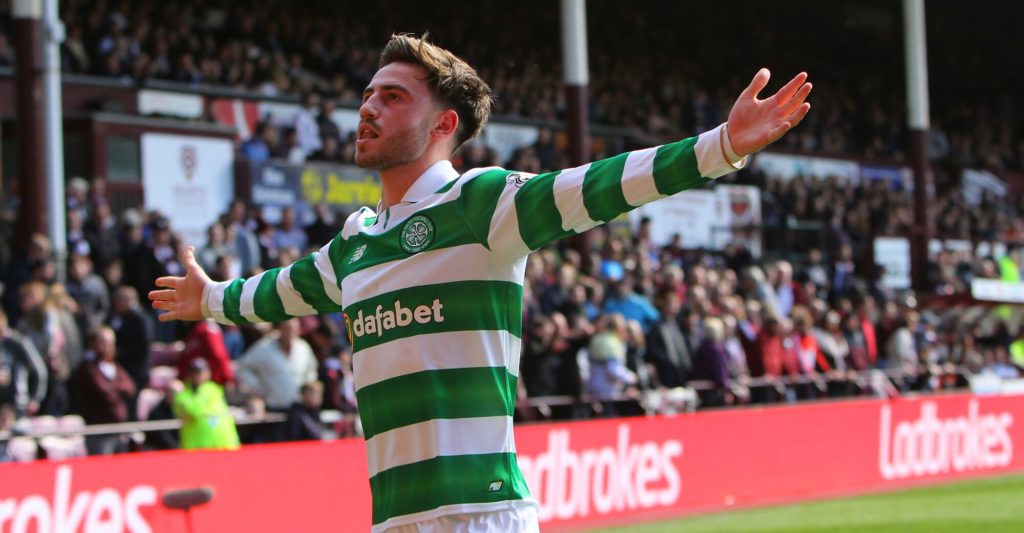 Scotty Sinclair was left on the bench at Ibrox and only got involved in the action at the British Airways departure lounge at Glasgow Airport.

James Forrest has had a great season – his best ever – but hasn’t managed a goal against either Rangers in his career. The other candidates have ‘form’ against Sunday’s opponents.

It really is anyone’s guess who will get the nod and while we’re tempted to go for Callum McGregor – who was excellent in the semi-final last season, scoring a pretty special goal, we’ll go for Scotty Sinclair to get the nod.

Moussa or Griff? Beautiful Sunday’s match winner Odsonne Edouard will be on the bench so it is between the two main strikers. Griffiths came off the bench at Hamilton to score almost straight away, while Dembele had probably his worst performance as a Celtic player. Both are accomplished skelpers against Rangers but as it usually the case, Dembele will get the nod and Griffiths will provide even more fire power on the bench to be used as and when required.

So we are going for a starting eleven as follows:

And with players like Bain, Simunovic, McGregor, Forrest, Ntcham, Griffiths and Edouard on the bench there will be plenty of options available.

Here’s the team that started the semi-final of the Scottish Cup last season – it was  Celtic 2 Rangers 0 that day. 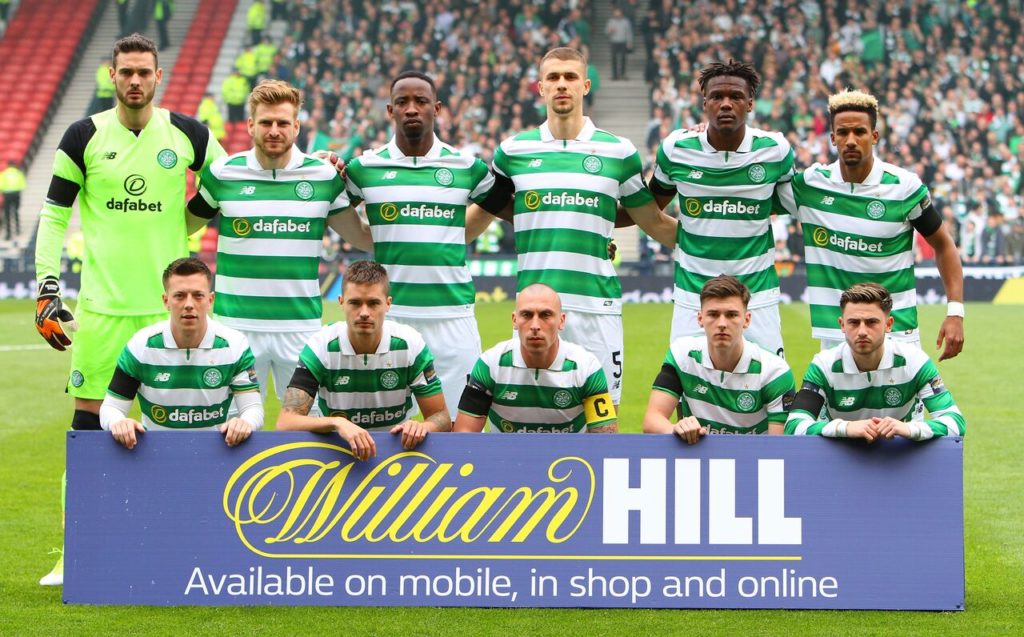