You are at:Home»Latest»Hands Off – Lennon Issues Defiant Message

Neil Lennon has issued a defiant message to potential suitors for the club’s Assistant Manager, John Kennedy, that the former Celtic defender will be going nowhere.

After Celtic’s 2-0 victory over Motherwell yesterday, Lennon told the Media Conference, as reported by The Evening Times, that Kennedy would not be leaving the club after speculation suggested Hibs wanted to speak to him about their managerial vacancy.

Lennon, a former Hibs manager himself, said that the interest was no shock to him due to the reputation as a top coach that Kennedy has built.

“I don’t want him to go but it doesn’t surprise me because he’s a superb coach.”

“It’s a feather in John’s cap if that’s the case but as far as I’m concerned, he won’t be going anywhere, because he’s an integral part of what we do here.”

Kennedy has been in and around the Celtic dugout since joining the first team coaching staff under Ronny Deila in 2014. He was retained in 2016 when Brendan Rodgers took over amid widespread changes to the club’s staff. However, when Rodgers left for Leicester, Kennedy knocked back the chance to go with the Irishman and instead became Neil Lennon’s assistant manager. 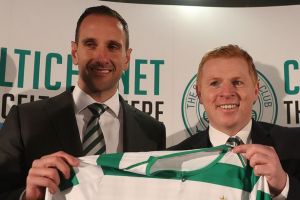 Kennedy will have aspirations for himself to become a manager; however, at just 36-years-old, he has an opportunity to learn under Neil Lennon and be given more responsibility with the tactical side of things – as evident by the fact he is often seen on the touchline giving out instructions to the players. Celtic are on the cusp of history yet again and Kennedy, for all his bad luck as a player with injury, has the chance to be part of that history.

Kennedy is a very valuable asset for the club and it would be foolish to disregard his influence as a valuable coach, who will one day get his chance to become a manager.