You are at:Home»Latest»Harry Hood and Big Yogi the stand-outs as the 1969-70 season kicks off

Harry and Yogi the stand-outs as the season kicks off…

Harry Hood would start his first full season as a Celt by featuring in three very different friendly matches. First of those was against St Etienne, on Wednesday, 30 July 1969, the French champions memorably defeated by the Bhoys in the previous European Cup campaign.

Celtic’s return to the Stade Geoffroy-Guichard ended with honours even following a 1-1 draw, Bobby Lennox with the first goal of the new season. If Les Verts reflected the ghost of Celtic’s European past, then the visitors to Celtic Park six days later would represent the future, Don Revie’s newly crowned English champions Leeds United attracting 65,000 spectators to watch the clubs battle out another 1-1 tie, Harry setting up Lennox for Celtic’s equaliser. 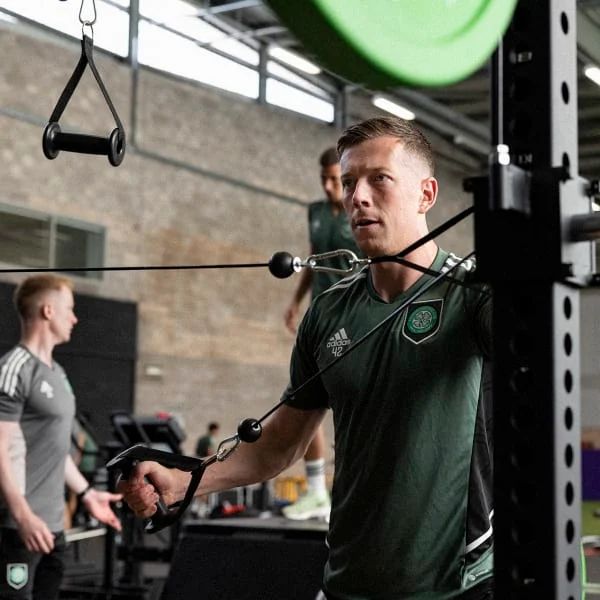 The hosts wore an unusual combination of Hoops with their dark green away socks to prevent a colour clash with their visitors. Later in the campaign, that same problem would produce one of the iconic Celtic images of the era under the lights at Elland Road. 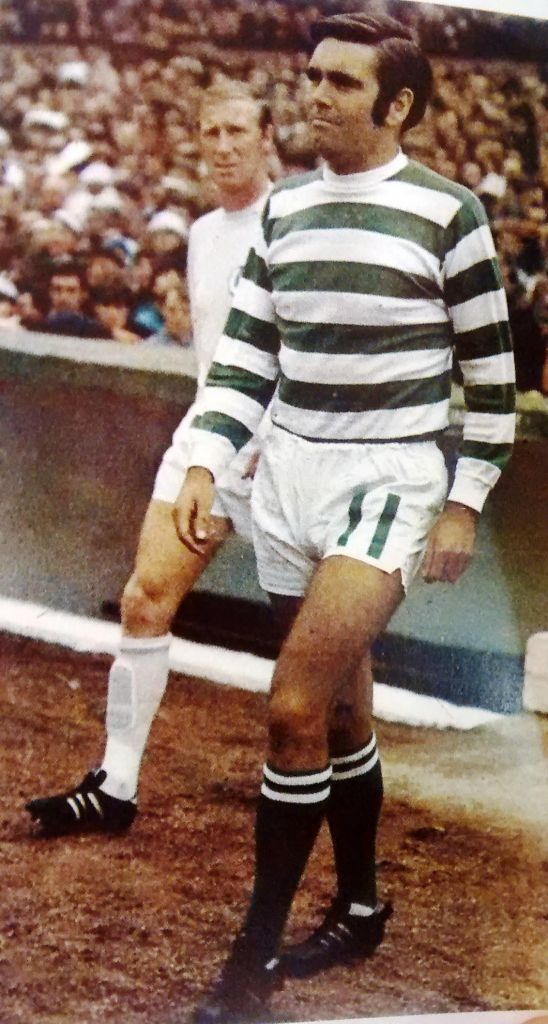 Sandwiched between those matches in St Etienne and Glasgow was a meeting with an old friend just over the English border, as Jock Stein took his side down the A74 to face Willie O’Neill’s Carlisle United. The huge Celtic support inside Brunton Park headed home disappointed after former Airdrieonians striker Tommy Murray beat Ronnie Simpson from the edge of the box for the only goal of the game. 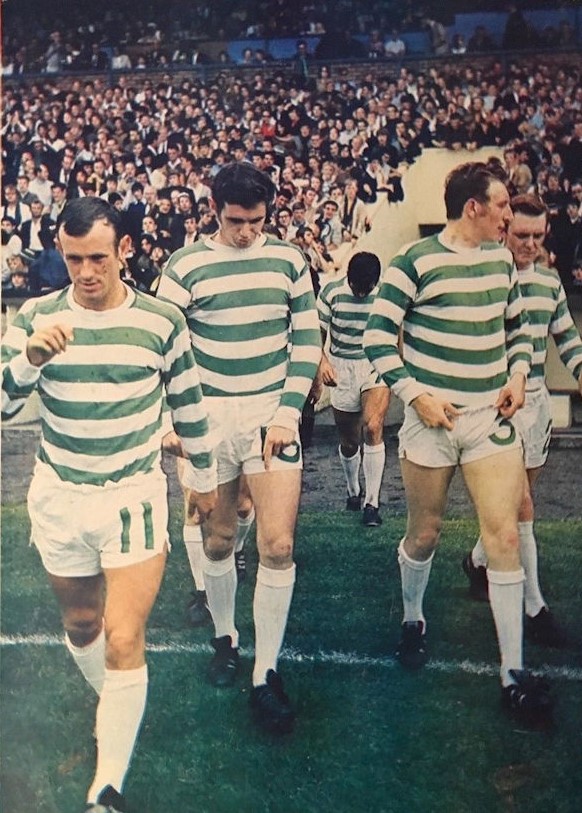 There was a brief glimpse of his new-found celebrity status for Harry, as he found himself one of the invited guests at the opening of East Kilbride Thistle’s new Showfield Park home in early August. Five years earlier, that had been the proposed relocation for Harry’s Clyde, the initiative aimed at boosting attendances ironically failing to secure the required support, as the Bully Wee remained at Shawfield.

Harry would be on fire as the competitive action got underway, scoring five goals in the six League Cup sectional fixtures as the Bhoys continued their love affair with the trophy they had won for the previous four seasons. With Rangers and Raith Rovers the other sides in the group, the opening match saw Airdrieonians visit Celtic Park on Saturday, 9 August 1969, having enjoyed two League draws against the champions the previous season.

They would not enjoy this afternoon, Celts 4-0 up by the interval thanks to a double from John Hughes and strikes from Willie Wallace and George Connelly, the latter deputising for the out-of-favour Jimmy Johnstone. After Dave Marshall had clawed one back for the Diamonds, Harry – “who although playing as a striker, was the guy who constantly kept the Parkhead frontline humming on the sweetest note” – added a fifth goal for Celtic with 12 minutes remaining, following great work from man-of-the-match Hughes.

Tommy Gemmell’s 82nd minute header from another Yogi assist made the final score 6-1. 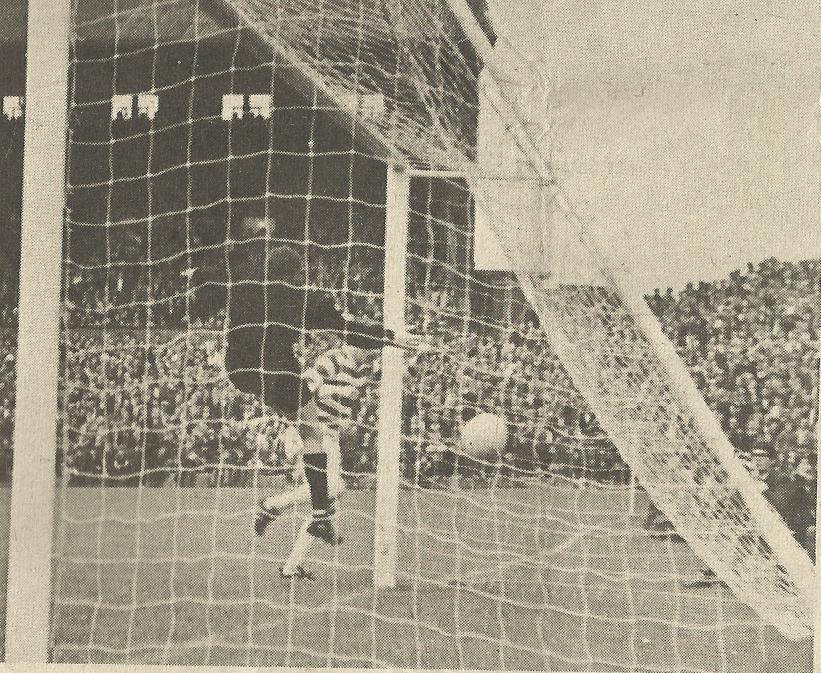 Raith Rovers also faced a first-half blitz when they visited Parkhead seven days later, Celts 3-0 ahead within 17 minutes through Willie Wallace, Harry and Billy McNeill, the latter after Hood’s shot had struck a post. Having scored one and made one, Harry then made way for Stevie Chalmers on the hour mark, just before Wallace made it a double against his old club. John Hughes made it a nap hand with 10 minutes remaining. Peter Hendry in his Monday Evening Times column explained the rationale behind Harry’s substitution. 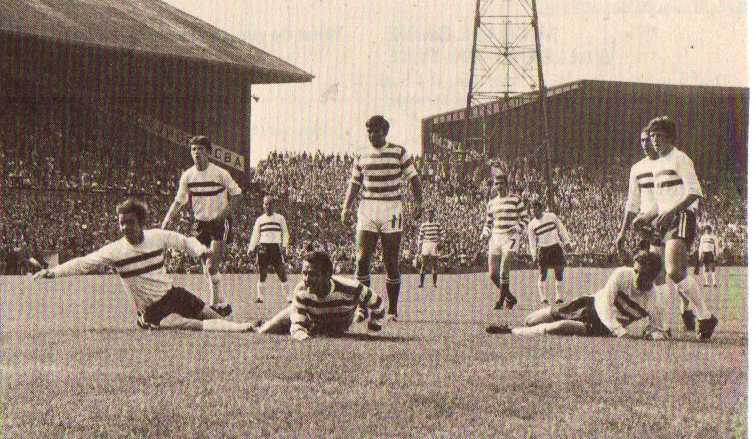 “Celtic boss Jock Stein picked up the ace of trumps when he persuaded Clyde to part with Harry Hood last season. Hood was in brilliant form in the 5-0 win over Raith Rovers and played easily his best game since joining Celtic. Stein put his mark of approval on Hood’s display by taking him off the field in the 61st minute, evidently a move calculated to ensure Hood’s fitness for Wednesday’s game against Rangers at Celtic Park.” 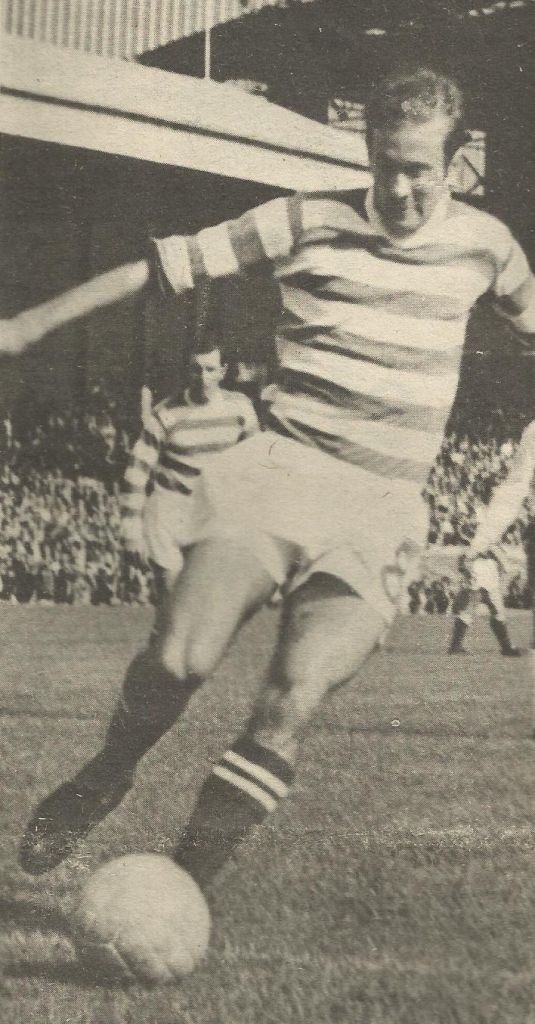 An extract from Twice As Good, the official Harry Hood biography by Matt Corr, available now at celticstarbooks.com. Buy the book and get a FREE Harry Hood Twice as Good t-shirt, whilst stocks last! Just tell us your size when ordering. 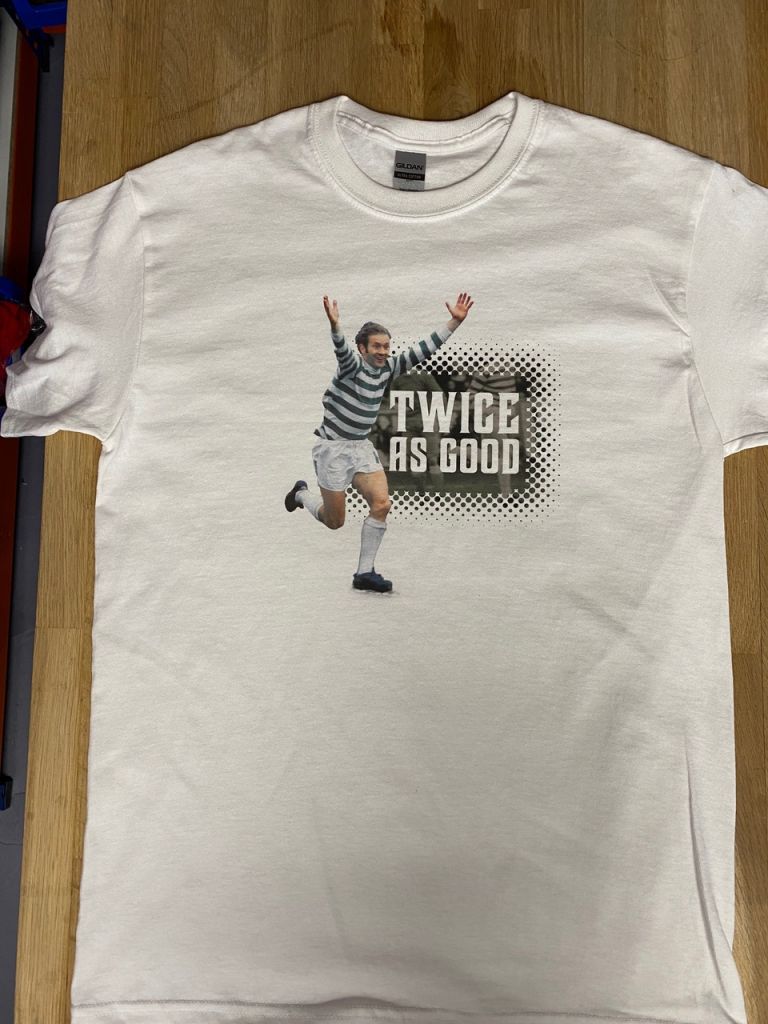