You are at:Home»Latest»Has Rodgers put out his Cup Final starting eleven today?

BRENDAN RODGERS has selected the strongest side possible for today’s game against Aberdeen and it could well be the starting eleven for the Scottish Cup Final next weekend.

The team is listed below, and other than some doubt on the goalkeeper for Hampden, this looks like the team for Hampden.

Craig Gordon may make it but we have a feeling that Scott Bain will play against Motherwell.

Tom Boyd and Roy Aitken are the legends today who are bringing the trophy into the stadium. Last year this honour was given to Lisbon Lions Willie Wallace and Jim Craig. 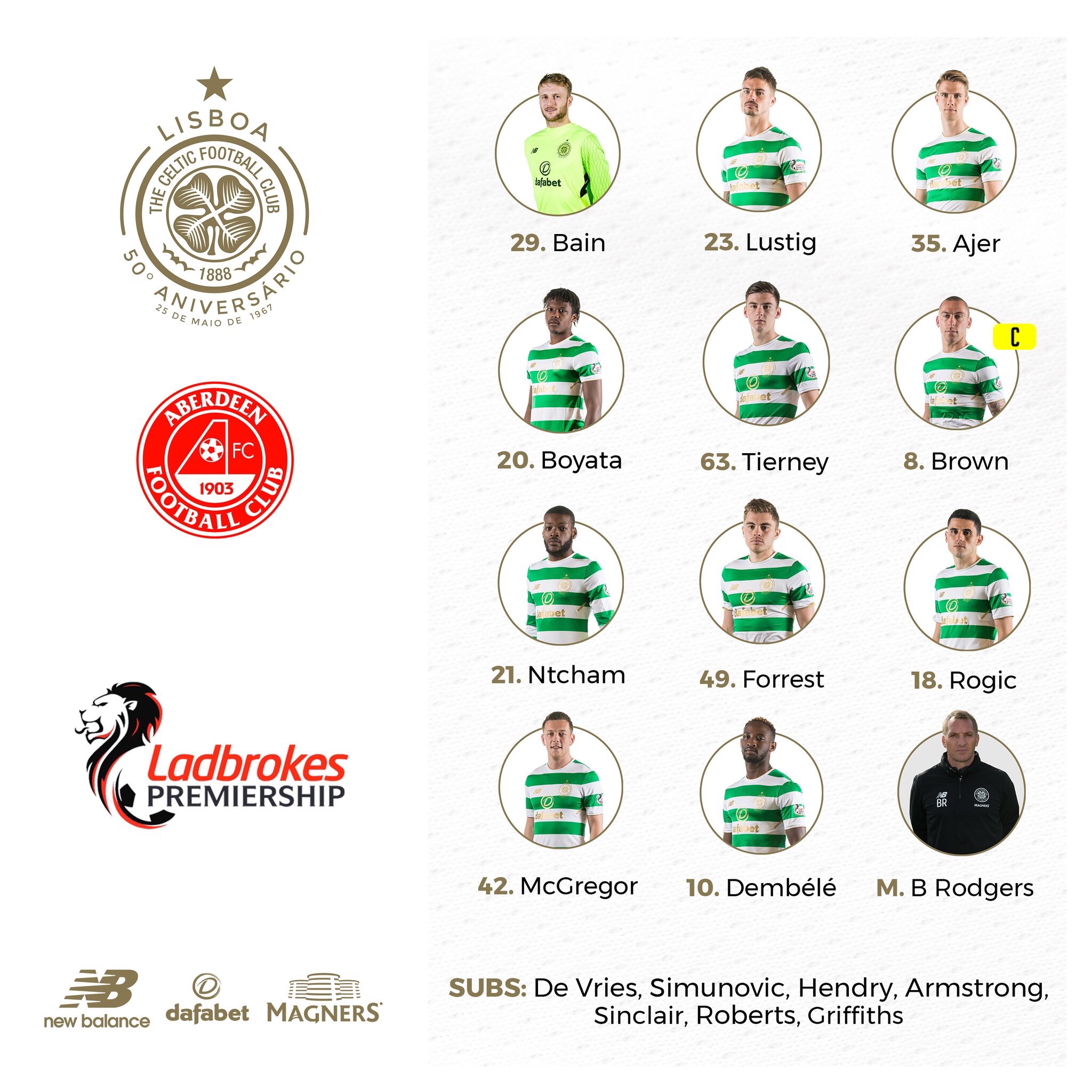