You are at:Home»Latest»Hats tipped to Dundee Utd and Riley McCree, Matt O’Riley’s reckons it’s pretty cool playing for Celtic
Showing 1 of 3
Next

Matt O’Riley was one of the January recruits who helped tip the title in Celtic’s favour and alongside both Daizen Maeda and Reo Hatate he can justifiably be proud of his achievement and his contribution in overturning a six points deficit when he arrived at the club to turn Celtic into Champions and in doing so earn a place in the Group stages of the Champions League.

An honourable mention is required for Yosuke Ideguchi who suffered a bad injury against Alloa in the Scottish Cup at the end of January and that pretty much derailed his chances of making an impact this season, more is yet to come from him next time around according to Ange Postecoglou. 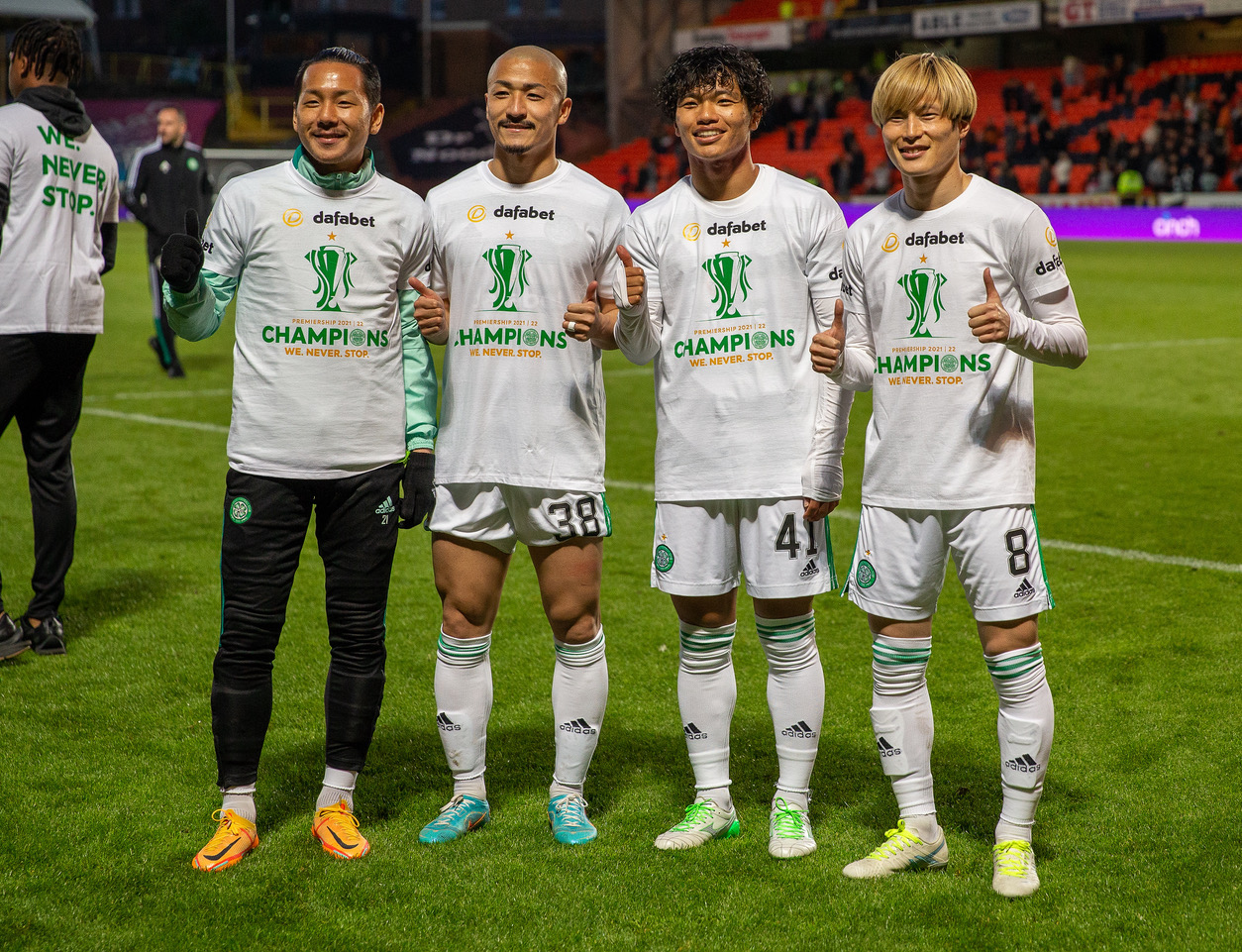 Matt O’Riley is respectful, polite, intelligent, open and honest when talking to either the mainstream media or the Celtic Fan Media. He walked away from a big money offer to reman at Fulham because he could see no path to the first team and trained himself during the pandemic without a club before signing for MK Dons, in the lower reaches of the English game.

Those brave moves could have ended up as being foolhardy but for Matt O’Riley after the Australian international midfielder Riley McCree knocked back the chance to join up with Ange Postecoglou – who gave him his international debut – at Celtic and have a shot at earning a Champions League spot next season. McCree, who had been on loan from an American side at Birmingham City, opted instead to sign for Middlesbrough and instead target the chance to win a place in the Premier League. That didn’t work out too well, despite the Championship club having a wee dig at Celtic on social media.

Ange Postecoglou was unconcerned though, players not wanting to play for Celtic are of little concern and instead pretty much straight away Matt O’Riley’s name was mentioned and the release clause activated for the £1.5m transfer. Money well spent and few off any Celtic fans are ruing those events, indeed most suspect we have reason to be grateful to McCree for indirectly helping to bring Matt O’Riley to the Hoops.

O’Riley had never won anything in the professional game until this week and after becoming a Scottish Champion with Celtic he spoke to the media up at Tannadice after the 1-1 draw got Celtic over the line in the league and gave the home side their well deserved place in Europe next season. One of the results of the season incidentally was Dundee United’s 1-0 win over theRangers early in the season. That meant that while Celtic were suffering early season teething troubles with three away defeats, theRangers never managed to stretch their lead to too great a margin.

Showing 1 of 3
Next
Previous ArticlePerhaps James Forrest has an Indian summer in those legs, on recent evidence he has something to prove
Next Article ‘When Ange met Martin’ – Dermot Desmond’s dinner and Bitton’s barber