You are at:Home»Latest»“He absolutely has the talent to play in Europe,” Andres Iniesta’s endorsement for Celtic bound Star

Andres Iniesta has given Celtic new Bhoy Kyogo Furuhashi a brilliant testimonial as the 26 year old Japanese goalscorer gets set to fulfil his footballing ambitions with his move to Paradise after Dom McKay reached an agreement with J-League side Vissel Kobe to sign their star man for around £4.6m.

Now 37, Iniesta is a legend in the game having won World Cups, European Championships, Champions Leagues and just about everything else with Barcelona where he is regarded as one of the greatest ever players to wear their famous shirt. He’s played alongside Kyogo Furuhashi over the past few years, having spent 3 years on Japanese football so knows more than most the type of player Celtic are getting. And when Andres Iniesta speaks, football people listen.

“He absolutely has the talent to play in Europe,” the Barca legend said. ahead of the news that Kyogo was Celtic bound. “He’s leading the J1 scoring chart but it’s not just that. He’s got strong technique and I believe he can succeed in Europe. It’s going to be tough for us because he scores a lot of goals. 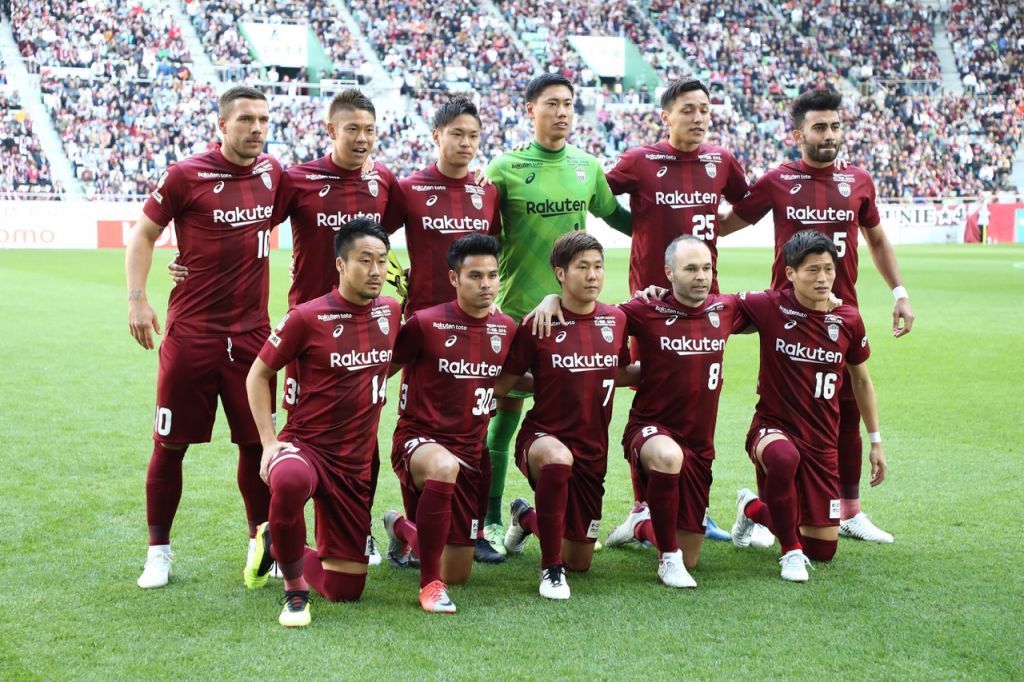 “It’ll be tough, but if he goes to Europe I’ll be incredibly happy for him because for Japanese players it’s a dream to play in Europe.”

The new Celt, currently the top scorer in the J-League and capped six times for Japan reckons that the move to Celtic can help him get into the Japanese side for the World Cup. “I love European football and it’s been my ultimate goal to play in Europe,” he said as reported by Scottish Sun. “As a striker I pay a lot of attention to the way I attack and combine in front of goal.

“I can keep learning — the tactics, the way you organise yourself are also a little different there. I played a lot on dirt fields when I was young. 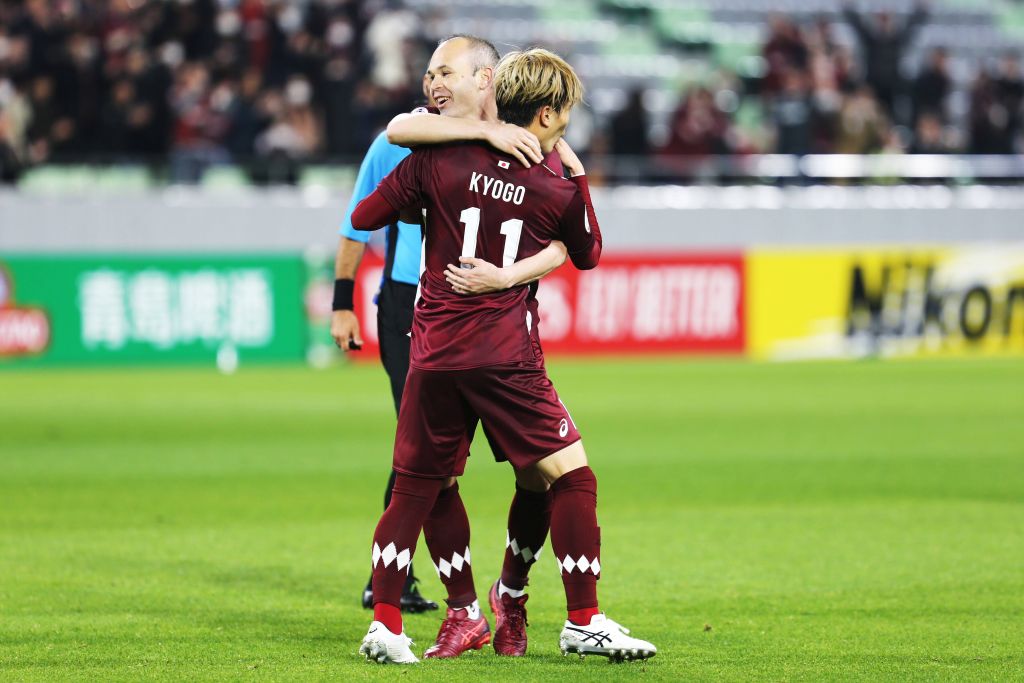 “I have a lot of memories of rainy days and rough fields. I think all players have been through that. It all seems so far away now but I really enjoyed it. I have great memories playing as a kid with a lot of cold in the winter and a lot of heat in the summer.

“It was really fun and it was a great experience. I was able to enjoy football from a very early age. I grew up without forgetting how to continue enjoying it.

“Playing in a World Cup is more than a dream, it’s a great goal. I’d really love to see what it feels like to play at that level — and I think about it very strongly. I want to make the most of my opportunities. 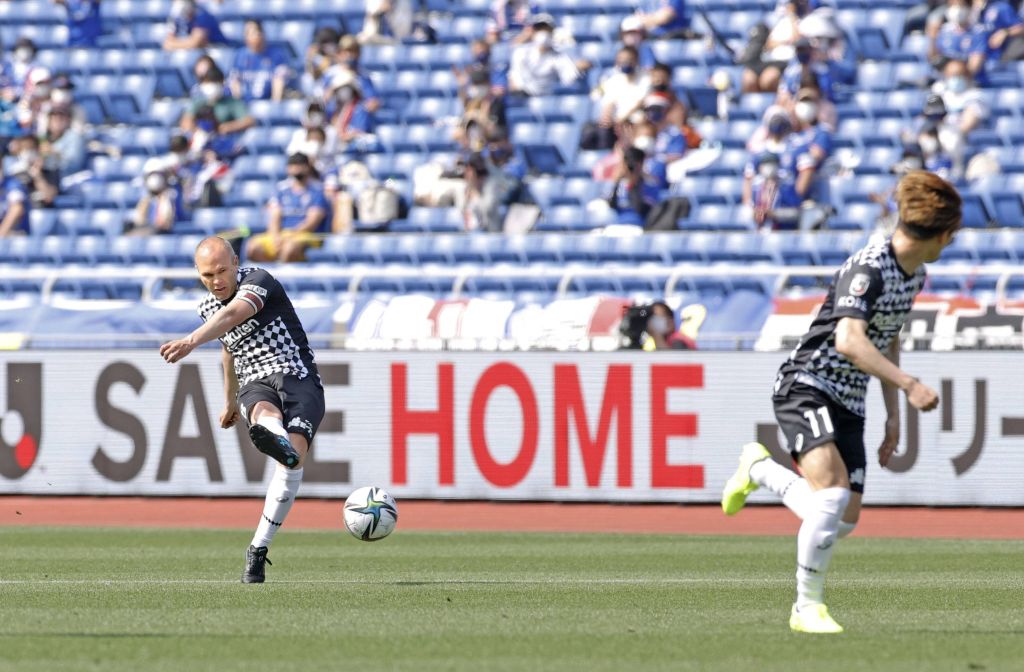 Football: Andres Iniesta in Japan Vissel Kobe s Andres Iniesta L passes to Kyogo Furuhashi during the second half of a J-League football match against Yokohama F Marinos at Nissan Stadium in Yokohama, Japan, on May 9, 2021.

Celtic, Europe and the dreaded Second Ball
“I went through hell here in Zagreb,” Mark Viduka on mental health issues and going AWOL at Celtic
Photo Of The Day: Celtic’s Last Away Win Over Livingston

“The shortest way to reach everything is to focus on what is in front of me in the short-term and everything else will come. I have to keep working.”

“All Asian football has been getting better over the last few years. It’s growing and there are more and more Asian players playing in the big leagues. The World Cup is a very special tournament and you never really know what might happen, even though an Asian team has never made it to a final. It would be a great honour for me to play the next World Cup with Japan,” the Celtic bound star said.

Blessing your timeline with this touch & finish by Kyogo Furuhashi 🇯🇵🍀 pic.twitter.com/rargOlxDXp

Previous Article“Charlie Gallagher? What a Player!” – Gloom it was in 1962, but there was some hope on the horizon
Next Article “Hopefully we can create something that’s beneficial to our players, and furthermore, beneficial to our first team,” Tommy McIntyre