You are at:Home»Latest»‘He always hit the target, he always wanted to score goals,’ Lenny tells Griffiths ‘to come back and join the party’

WHOEVER is in charge of the Scotland national side for the Euro Qualifiers against Cyprus at Hampden and the hide behind the sofa, away to Belgium match, they have had at least, one piece of positive news, from the Celtic manager.

Neil Lennon, who takes his side back to Easter Road today for the second time since taking over from Rodgers, suggested that returning striker Leigh Griffiths should target these international matches as an objective for getting back into action.

“Leigh is getting there. I think he’ll be fit for the qualifiers,” Lenny told the Sunday media on Friday as reported in Scottish Sun and other papers today. 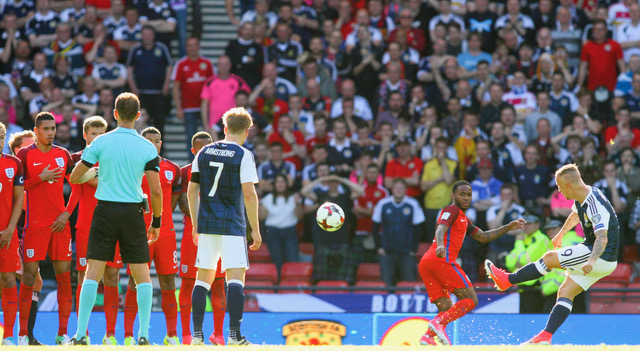 “Leigh won’t be a million miles away, put it that way.

“He is in training twice a day on his own at the minute. He still has to be integrated into the group so he is still a week or two away from that.

“It’s a slow, meticulous conditioning routine so he doesn’t break down again.

“Scotland’s last qualifier is June 11 and we are back on June 17.

“So there’s no reason why he can’t go and play for Scotland and then come back and start training with us. 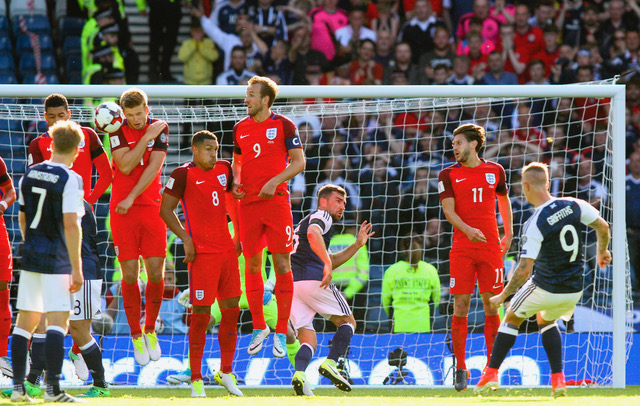 “He has missed a lot of football and it is not through a bad injury or anything. He needs to catch up.”

Lenny reckons that this is the most important summer of Leigh’s career as he attempts to get himself back to playing football at the highest level after having to take time away from the game.

“This is the mentally hard bit. He has to get himself in the right condition so he doesn’t break down.

“It looks like he wants it so it is up to him to do the hard yards now.

“When he was scoring his goals against England he looked a right good player. 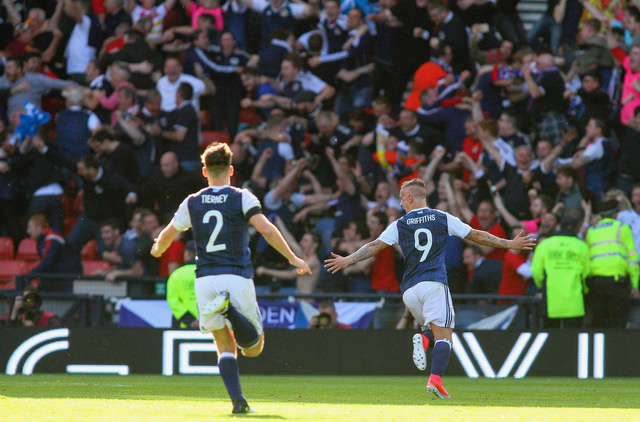 “He scored in the Champions League against Anderlecht.

“We’re not saying he’s top, top — but he’s a top-quality striker. He got 40 goals in one season at Celtic. Why can’t he get back to that level?”

And if and when Lenny gets the Celtic job confirmed for beyond the cup final – see HERE – he reckons that Griffiths will be able to play a significant role in his side over the next few seasons.

“When we brought him to Celtic, he always hit the target, he always wanted to score goals.

“I don’t think you lose that, so there’s plenty of scope for him to come back and join the party again.”

Previous ArticleNeil Francis Lennon, why the Celtic job is yours
Next Article ‘If we continue to win, it’s inevitable,’ Jozo eyes Easter Road win to set up title party