You are at:Home»Latest»“He is an immortal at the club as well as in world football,” Ange on Jock Stein

In the final question at yesterday’s Media Conference Ange Postecoglou was asked about Celtic celebrating the 100th birthday of Jock Stein at today’s match against Motherwell and just how difficult it is for a Celtic manager to follow his example?

“It is not difficult to follow the example, but you will never follow his path,” Ange replied. “He is an immortal at the club as well as in world football. If you are trying to emulate his feats, then you will fall short. 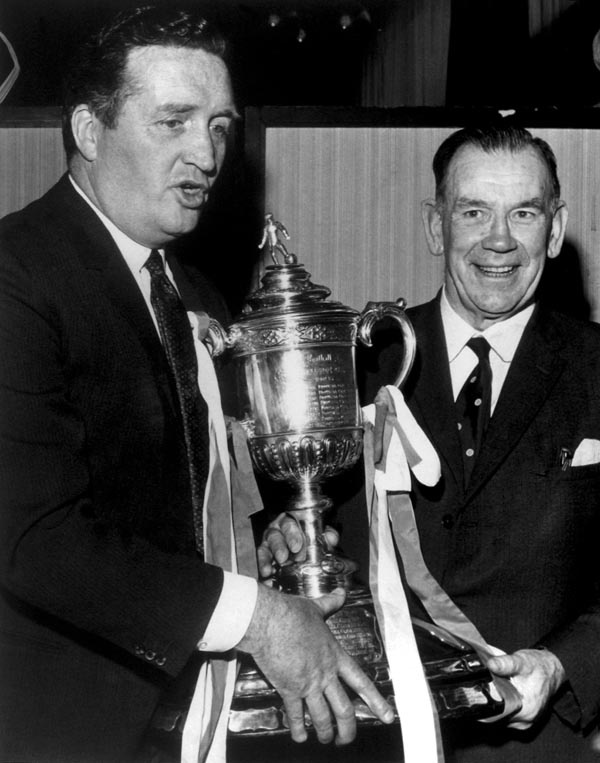 “It is not just about his achievements but also his impact on the football club. He is an individual no one can compare to but for myself and anyone who comes into this position, we have some really strong values to uphold.

“This is in terms of the way the team plays and conducts itself as well as how it responds to its fanbase, which is the most important.

“These are all things that were established long ago by people like Jock Stein, and for me coming through it is about making sure we uphold these values. That is our responsibility.

The Celtic Star is getting set to publish The Celtic Rising ~ 1965: The Year Jock Stein Changed Everything and you can pre-order your copy now, this beautiful hardback book is out on Friday 4 November…