You are at:Home»Latest»‘He knows more about Celtic than you’ – Alan Brazil hits out at the Green Brigade

Rod Stewart created controversy recently when he congratulated Boris Johnson for his general Election win last month. His actions did not go down well with the Green Brigade, who displayed a banner during Celtic’s game against Hibernian at Parkhead that read: “Tories not welcome. F*** off Rod”.

The rocker has been one of the most famous supporters of the club through the years and has always been very popular with the fans. His love for the club cannot be questioned. But his political views ended up turning the Green Brigade against him. 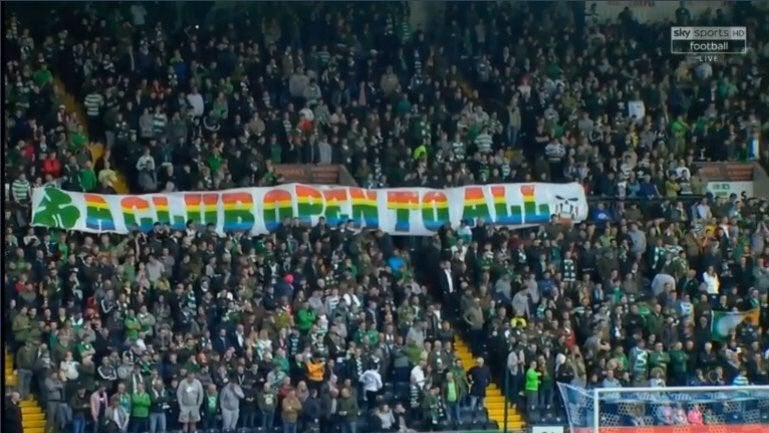 Alan Brazil though is clearly on Rod Stewart’s side on this occasion and hit out at the Green Brigade for their banner. As reported by The Scottish Sun, the Pundit said:

“I’m going to get pelters here but I’m going to say it – I was very disappointed to see the banners at Parkhead a few weeks ago. I don’t get that, I’m sorry, I really do not get it.

“I’m telling you now, who wrote that, who put those banners up – he knows more about Celtic than you do.”

The Green Brigade have been marred in controversy this season and certainly go into business for themselves at times leaving the best interests of the club aside. Their continued use of fireworks despite Celtic having to pay multiple fines is just a case in point. And the manner in which they went after one of the club’s own is questionable to say the least.