You are at:Home»Latest»‘He was actually too good-looking to be a centre-half!’ John Greig on his friend Cesar

WATCH Rangers legend John Greig speaking to Celtic TV about his great friend Billy McNeill next to Cesar’s statute at the start of the Celtic Way. Grieg and some of the Rangers directors visited Celtic Park today to lay a wreath and pay their respects to Celtic’s Greatest Ever captain.

John Greig, on behalf of Rangers Football Club, laid a wreath at the statue of Billy McNeill today in tribute to #CelticFC’s legendary captain. pic.twitter.com/t71L664EJi

The note on the Rangers wreath simply stated: “Always Remembered. From the directors, players and staff of Rangers Football Club.” 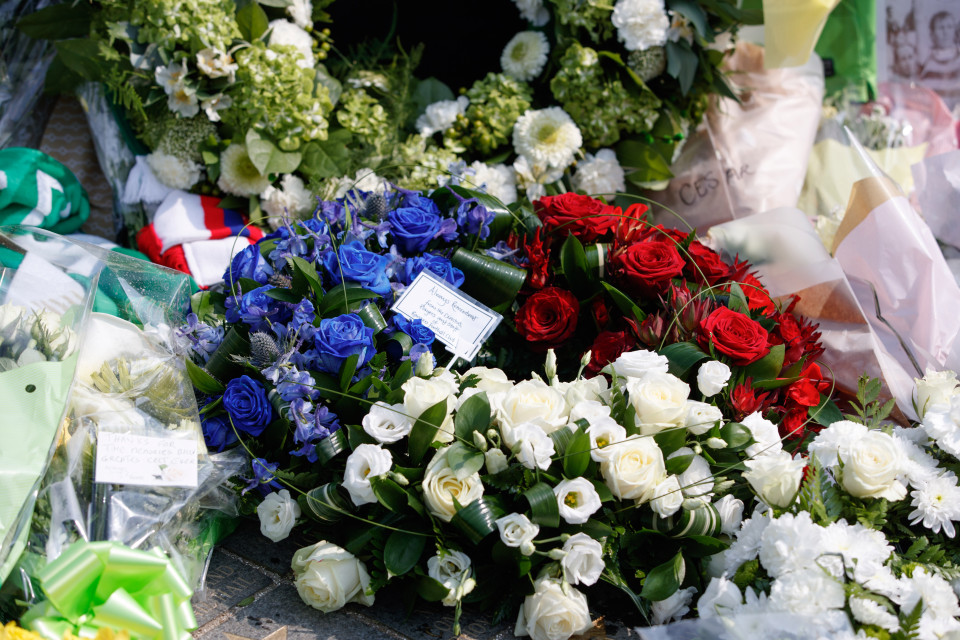 “Billy was always an out-and-out gentleman. He always treated me with the greatest respect and we enjoyed a lot of times helping charities and different things off the field.

“He was a good, good friend and I was very sad to hear of him passing away.

“He was a giant on the park. He was actually too good-looking to be a centre-half!

“Apart from being a great defender, Billy also scored so many goals because he was so great in the air.

“That was one of the things we always had to watch when we played against Celtic, although there were plenty of other problems for us in that team.

“It was a great Celtic side,” the Rangers legend said.

John Greig lays a wreath at Cesar’s statue on behalf of Rangers Football Club in memory of his friend and #CelticFC legend, Billy McNeill. pic.twitter.com/kRksMtM8Gs

The scale of the tributes being paid to Cesar, and not just from the Celtic family, can be seen from this video.

.@PLZSoccer takes a look at the outpouring of emotion around Celtic Park after the sad passing of #CelticFC legend #BillyMcNeill pic.twitter.com/jAo3PfT2FE

Earlier in Westminster the politicians from across the House of Commons were united in their tributes to the Celtic legend who passed away on Monday night.

Previous ArticleThe Rangers Tributes to Cesar – ‘His achievements in the game were remarkable, a truly a worthy foe’
Next Article World Record! 147,365 watch Celtic beat Aberdeen in 1937 Scottish Cup Final