You are at:Home»Latest»Hearts 1 – 3 the Rangers – so no repeat of Celtic’s Easter Road 8IAR Title Party

THERE will be no repeat of Celtic’s Easter Road 8IAR party tomorrow after our Scottish Cup Final opponents failed miserably to lay a glove on the Rangers – again.

The visitors this afternoon beat Hearts 3-1 at Tynecastle meaning that Celtic’s lead has now been reduced to 8 points, with tomorrow’s game in hand.

Now Celtic’s target will be to win at Easter Road and set up a title party at Paradise next Saturday against Kilmarnock, kick-off at 12.30pm.

Celtic secured 8IAR the first time round in 1973 with a fine 3-0 win at Easter Road. Here’s what happened…oh Dixie Dixie got two, King Kenny got the other and the support chanted Jock Stein’s name. The date was 28 April, 1973 and the attendance at Easter Road was 44,456, most of whom seemed to be Celtic fans.

So if our title party has been delayed it does mean more Celtic fans can be there to see us win it next weekend but we need to beat Hibs first. And the other factor for today was just how bad a side Hearts looked.

Their 3-0 scoreline against Championship side Inverness Caley Thistle was flattering in the extreme. It was goalless at the interval and Levein’s side were booed off the park by the Hearts fans. They scored  from a corner then were very lucky to keep their lead, Caley thundered a shot off their bar and had a great goal ruled out for offside – it was a close call. Then Hearts got another corner against the run of play and scored again before adding a third from the penalty spot with the Highland challenge deflated. 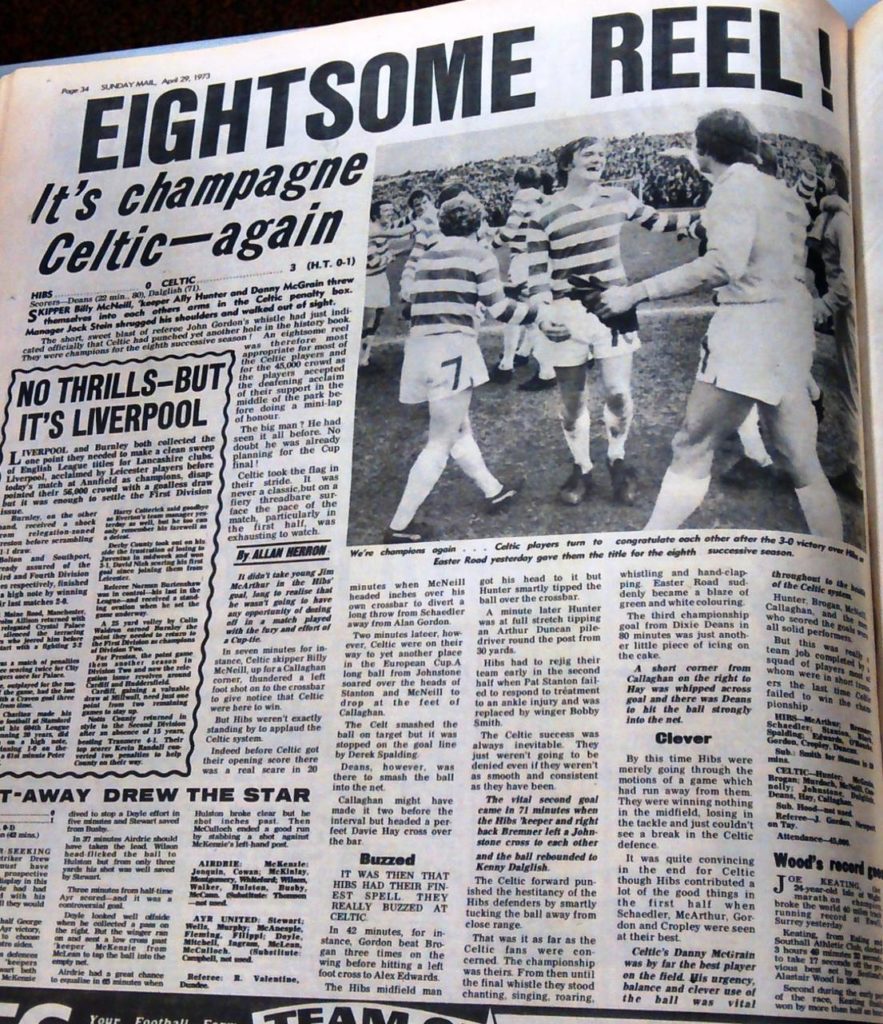 Previous ArticleLenny on ‘a cracking game of football,’ no need for leaks, team picks itself
Next Article Daniel Arzani’s video shows he’s on his way back to full fitness