Hearts boss Robbie Neilson has criticised the officials after his team lost 2-0 to Celtic on Sunday afternoon – claiming that his side were ‘in a good position’ until two red cards were picked up in the 89th and 91st minutes respectively.

Despite his side having amassed not even a single shot on target throughout the game, Neilson’s men were about to head into stoppage time battling just one goal down – until Alex Cochrane’s second yellow card in the 89th minute.

If Celtic weren’t already cruising at that point, Toby Sibbick’s dismissal in exactly the same fashion limited the crushed Edinburgh-side to absolutely nothing. 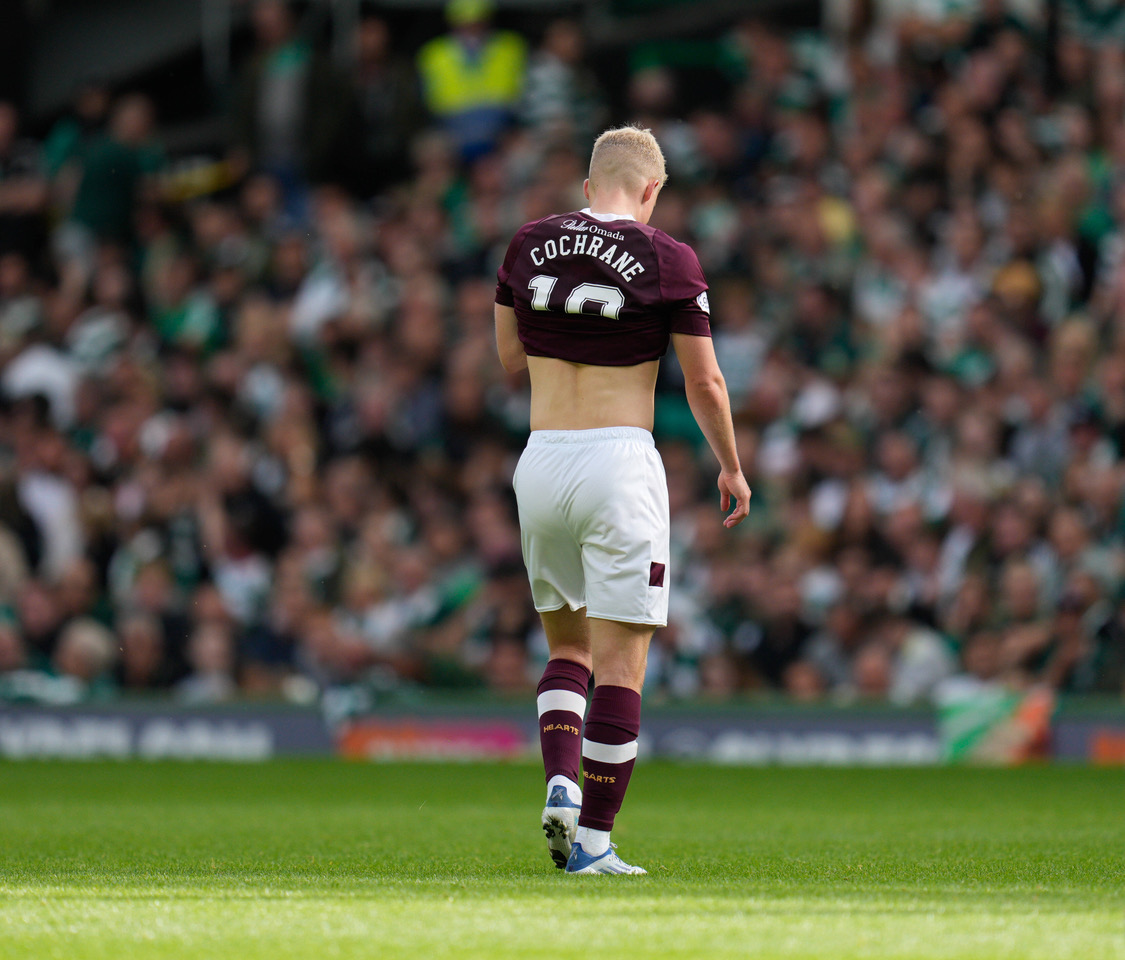 And when Giorgos Giakoumakis scored the second on the stroke of full-time, it signalled yet another win for the Hoops at home. But Neilson entered his post-match conference full of anger and pent-up fume – saying that his side were still in the game until the dismissals.

Until the referee sends two of our players off, we’re still in the game and in a good position, but once that happens, it makes it very difficult,” Neilson told reporters as per the Daily Record.

You hope that an experienced referee would recognise the situation. The first one, there’s no need for a second yellow card. It’s the linesman who makes the decision.

The ball isn’t in an area where it’s causing problems, it’s not reckless, it’s not endangering a player. Sometimes, when the crowd roars you can jump on it and I think that is potentially what happened today.”

The result leaves Celtic as the only side with 12 points from a possible 12 in the SPFL after theRangers drew 2-2 to Hibernian, with a last-minute equaliser giving Celtic the invigoration to go and take the upper hand in the league table.

Next up in the league: Dundee United at Tannadice on Sunday. Let’s make it 15 from 15, eh…