On this day 33 years ago Hearts were one up against Celtic after a controversial goal was allowed to stand. Brian Whittaker, the former Celtic player, got that goal on 60 minutes and when you watch the highlights you’ll see why those of us at Hampden that day felt aggrieved.

Celtic had dominated play in without managing to score and with 87 minutes on the clock it was looking like the Centenary Double Dream was coming to an end.

But plenty can happen in three minutes especially when this particular Celtic side were involved.

In the 87th minute, a corner by Tommy Burns was curled right into the penalty area, Hearts keeper Henry Smith dropped it at the feet of Roy Aitken, he squared it to Mark McGhee and the striker drove it home for the equaliser. 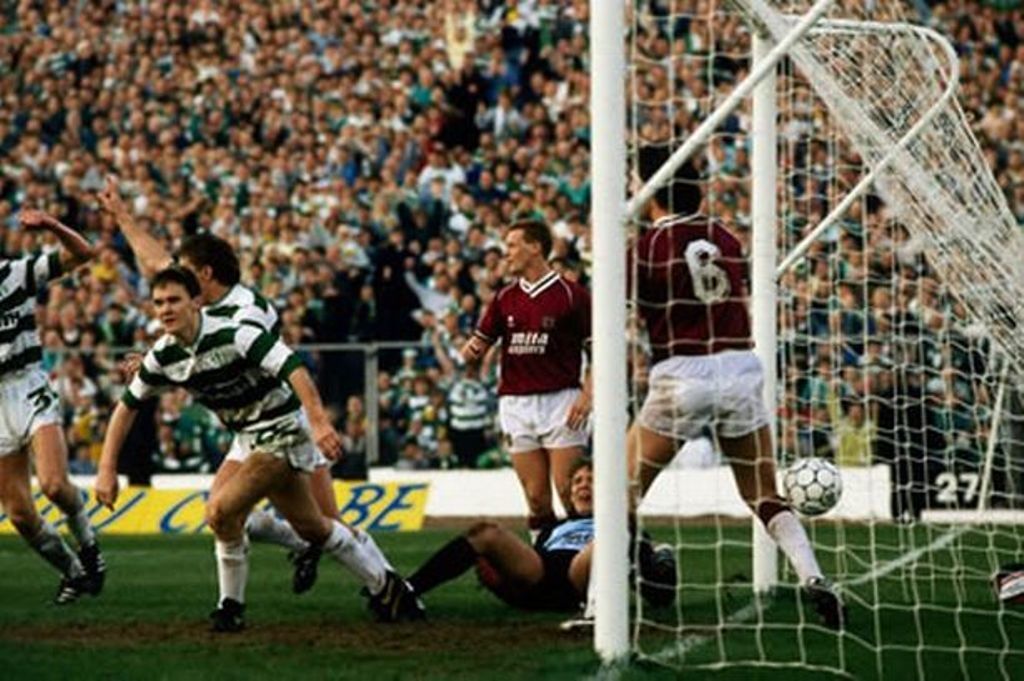 The Hearts players seemed to panic, the Celtic guys sensed it, went for the kill and got it as the game moved into injury time. Another cross, another piece of hesitation by Smith, McGhee nodded the ball forward and Andy Walker blasted it home. Here are the highlights and check out below the two Celtic fans celebrating as Mark McGhee scores behind the Hearts bench and in among their fans! 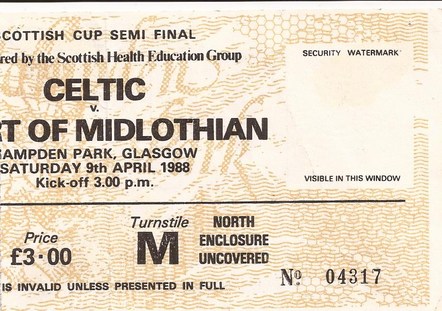 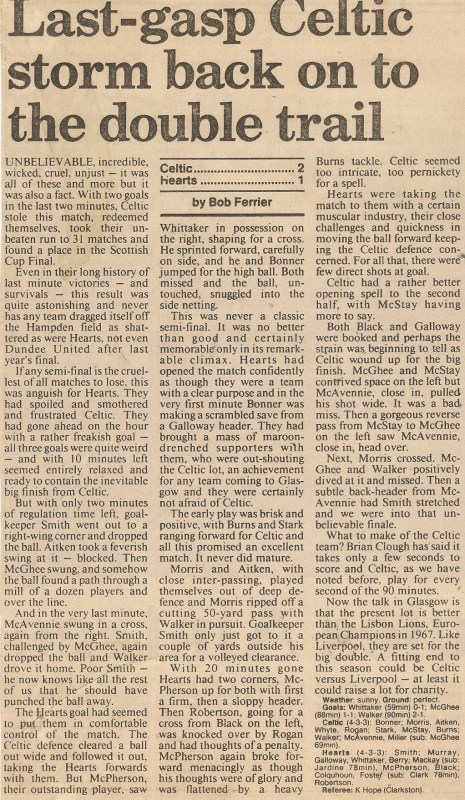 McGhee and Walker with the goals. pic.twitter.com/9TmjUpPwn0