You are at:Home»Latest»‘Hello Bhoys I’m Back!’ could be Timo Weah’s Words

THE twists and turns in Timo Weah’s eventful week have taken a couple of new and rather unexpected twists. You know by now what happened regarding his early release from Celtic on Friday afternoon when Neil Lennon told him to go immediately after the 19 year old himself rejected a compromise deal that the Celtic manager brokered with the US Under 20s coach to allow Weah to meet up with the national squad after today’s game at Ibrox then return to Celtic for the build-up to the Scottish Cup Final.

Everyone was happy with this compromise, except the player himself, who wanted to focus on the Under 20s Fifa World Cup in Poland, so Lenny had no alternative but to cut short the loan deal.

Incidentally hose Celtic supporters who before they knew all the facts were quick to jump in and condemn Lenny are in for a big disappointment next week, although some of us will be delighted…things are imminent, we hear.

Lenny getting the stick on Friday and not the player could actually work in his favour as things are panning out.

Paris Saint Germain, have made it known that they are looking to sell the American winger/striker in the summer and there has been a few Premier League clubs previously linked with him, such as Crystal Palace and Bournemouth.

Weah himself has NOT ruled out the possibility that he’ll be back at Celtic next season, regardless of whether Neil Lennon is appointed as the permanent Celtic boss or someone else gets the gig.

“There haven’t been any talks yet. I will talk to my parents and lawyers. I have got a couple of options.

“Coming back to Celtic is definitely an option. The manager situation doesn’t matter to me. It’s more about the club and me feeling comfortable here. 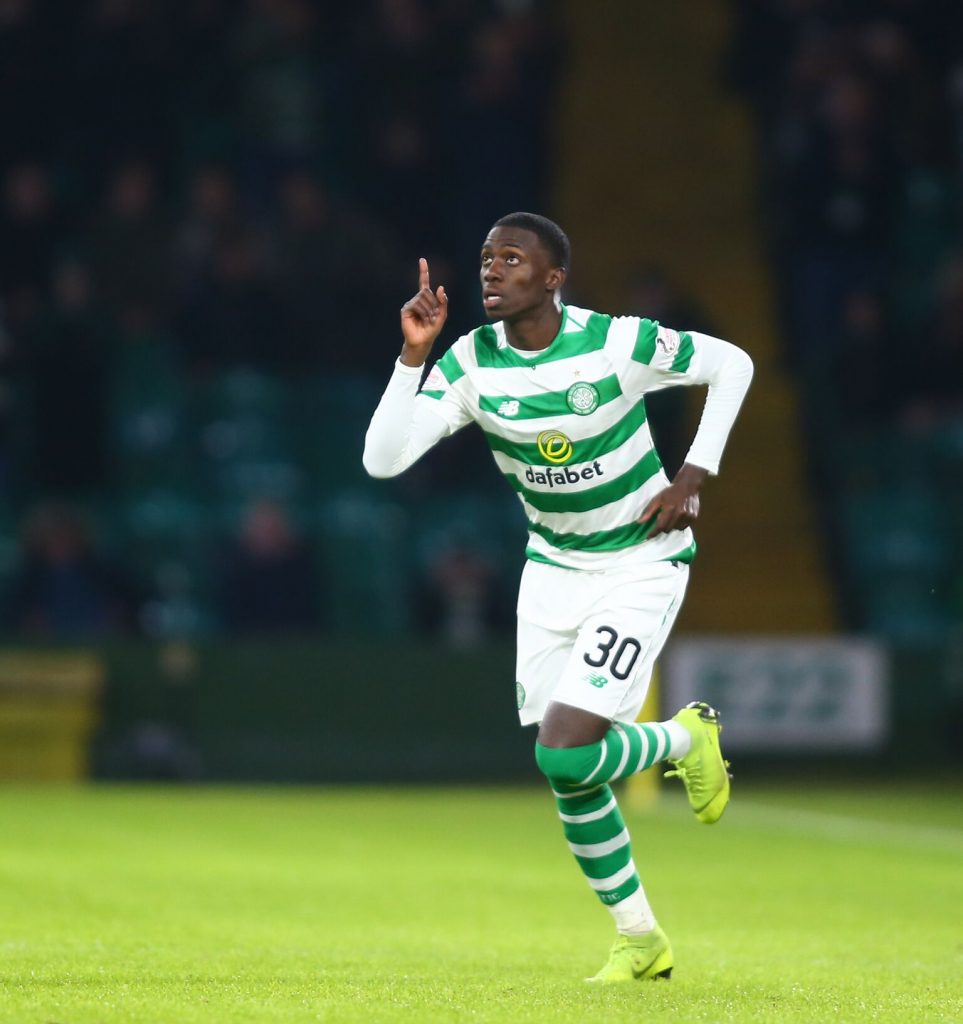 “If you know you have the opportunity to develop and get game time, that is the most important thing at this stage.

“I’m ambitious and want to be somewhere where I can break into the first team.

“These are the things you have to think about,” Weah said as reported by Scottish Sun.

Celtic might think that Weah could be a player that could be bought, developed and sold on for a big profit. That’s the business model Peter Lawwell likes best and as he looks back on his managers in recent years, the best at achieving results for him in this regard is clearly Neil Lennon… 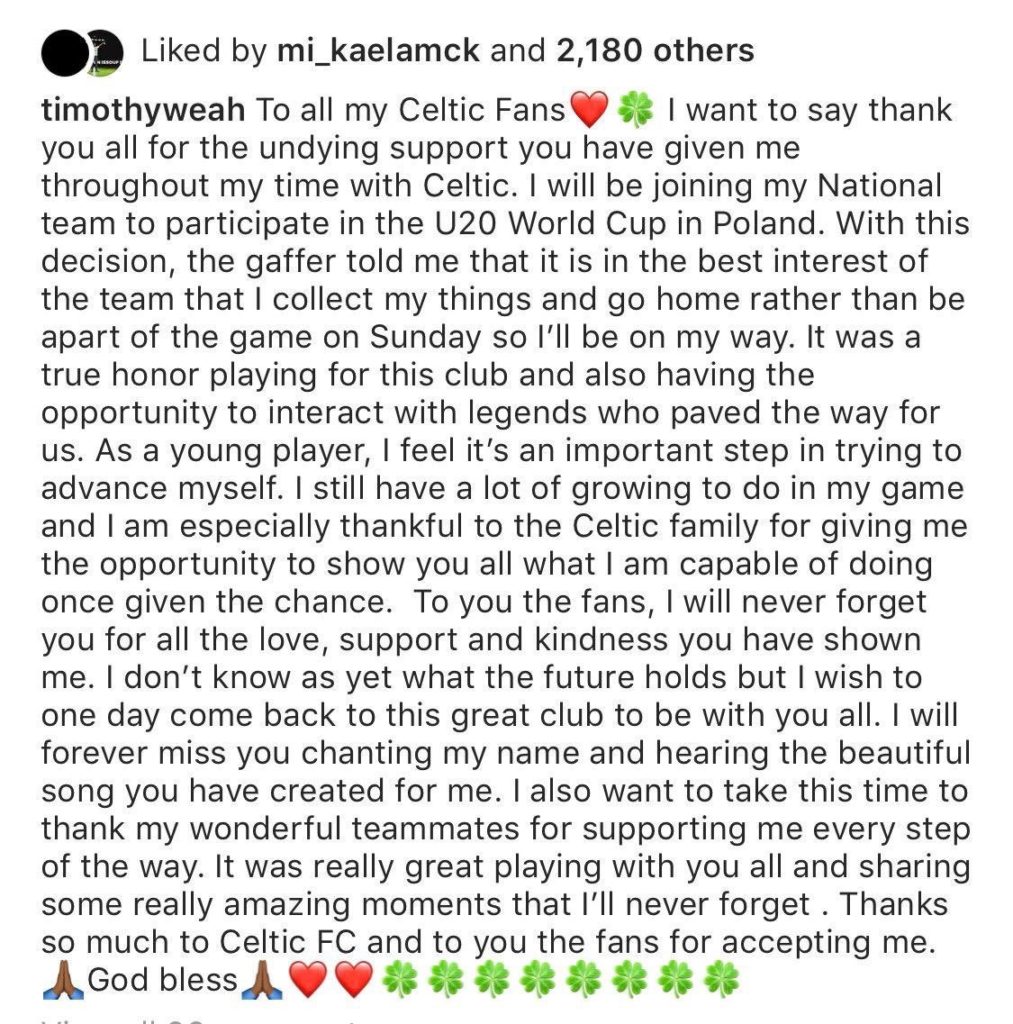 So don’t rule out a Celtic return for Timo – stranger things have happened.

Previous ArticleSunday morning, up with the lark, the Celtic team to play at their Park?
Next Article Celtic Team News – Oli Burke and Mikey Johnston start, no Forrest or KT