You are at:Home»Latest»Hibs reject £1m bid from Championship side for reported Celtic target

Hibernian have rejected a £1m bid for Kevin Nisbet. The Easter Road club held talks with Millwall before reportedly turning down the seven-figure sum for the Scotland Internationalist.

According to Edinburgh Evening News, Lee Johnson’s side will reject the move for their talismanic striker as they look to reverse their awful run of form. Hibs did, according to the report, entertain contact with the London club but the fee mentioned falls below their valuation of Nisbet.

Given that Ryan Porteous, another sought after Hibs player, is in the final months of his contract, Hibs owner Ron Gordon will be keen to avoid a repeat of the stress of this month as he fears losing the defender for free. Nisbet has eighteen months remaining on his deal and Hibs will be aware that a number of clubs are watching the striker. 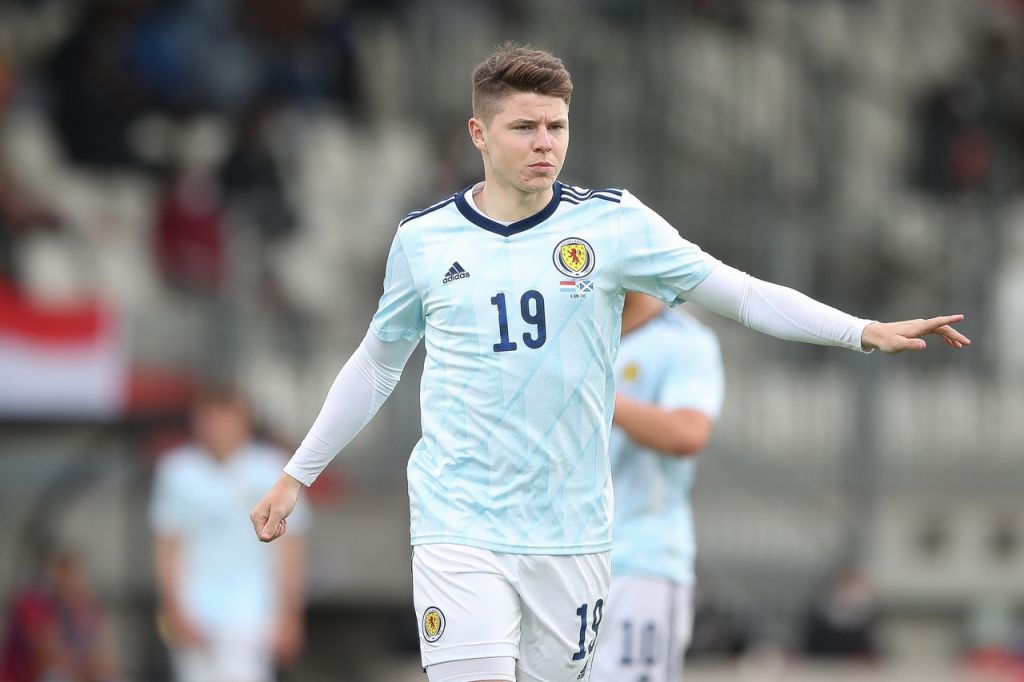 Kevin Nisbet of Scotland reacts during the international friendly match between Luxembourg and Scotland at Stade Josy Barthel on June 06, 2021 in Luxembourg, Luxembourg. (Photo by Christian Kaspar-Bartke/Getty Images)

Reports have suggested that Celtic are considering Nisbet with a view to making a January move for the striker. The Scotland Internationalist is a Celtic supporter and would be keen on moving to Glasgow’s East End. Recent reports suggest that Celtic’s recruitment team are working to ascertain whether Nisbet can cope with the demands of Ange’s team before launching a bid, even if Hibs are reluctant to discuss any deal. Although there are a number of quality players in the Celtic squad who could be utilised as makeweights.

In 87 appearances for Hibs, Nisbet has 34 goals and 12 assists while at Raith Rovers, Nisbet had 34 goals in 46 appearances. Going even further back, Nisbet had 23 goals in 32 appearances for Dunfermline. It is a certainty that Nisbet is a real danger in front of goal and it is likely that he would be able to replicate this form with Celtic. Recent years have resulted in Tony Stokes and Scott McDonald acting as an example of strikers coming to Parkhead and showing their best form in front of goal.

Celtic are closing in on a deal to sign Korean striker Hyeon-gyu Oh but the Scottish Champions are said to want a third striker in order to offer competition up front, especially if Giorgos Giakoumakis leaves for MLS side Atlanta United.