You are at:Home»Latest»Highlights as Celtic get their revenge over Ferencvaros

Celtic recorded a comfortable win over Ferencvaros on Matchday 3 of the Europa League. Goals from Kyogo and Vécsei (OG) sealed the win for Ange Postecoglou’s side. Celtic bossed the game with 62% possession and 18 attempts on goal, the only disappointment will be that more goals weren’t scored.

A beautifully worked opener saw Celtic turn defence into attack in a series of neat passes. The sublime pass from Jota put Kyogo through in the blink of an eye. Celtic had their first but it looked as if there would be a procession as they pegged the Hungarians into their half. 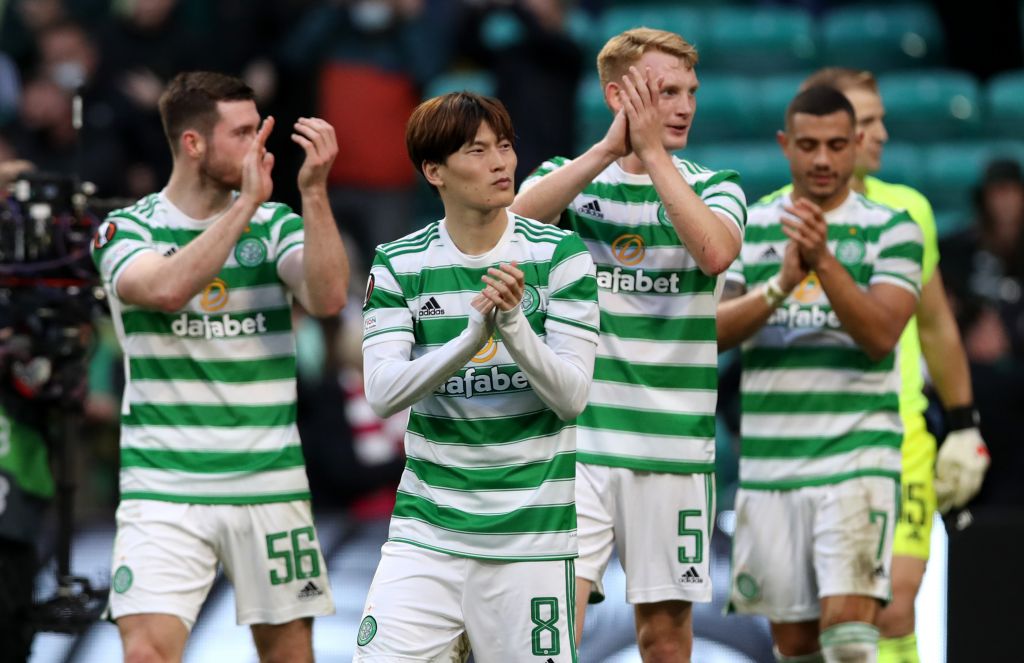 Callum McGregor then stepped up to the spot after Adam Montgomery was clipped on the edge of the box. It was unfortunate that the Celtic captain couldn’t cap an incredible performance in the centre of midfield with a goal.

Jota squared the ball to David Turnbull, who couldn’t miss, but his scuffed shot then ended up in the net after the midfielder’s slide tackle went in off Vécsei. Celtic could have scored a number of goals but chances for Jota, Giakoumakis and Turnbull were squandered.

Celtic were beaten in The Champions League Qualifiers last year by Ferencvaros. The loss was one of many low points in the 2020/21 season. Celtic were able to get their revenge in a comprehensive win albeit with a slightly reduced capacity due to the broadcasting decision.