You are at:Home»Celtic on This Day»Honest Mistake! Hartson flagged offside in Cup Final

ON this day in 1910 Celtic took another step towards their sixth League Championship in a row with a 2-0 win over Third Lanark at Parkhead on a Wednesday afternoon before a poor crowd of just 3,000.

Jimmy Quinn scored a penalty and the fast developing Peter Johnstone scored the other. It was vital for the club to get back on track today because on the  previous Saturday  Celtic suffered a bad blow with a Cup Semi Final defeat to Clyde.

Other good days for Celtic on 16 March  were 1927 when a Jimmy McGrory goal and an own goal saw off Airdrie at Parkhead, 1935 when Jimmy McGrory, Hugh O’Donnell and Willie Buchan scored the goals that beat Dunfermline at East End Park and 1968 when Willie Wallace, Bobby Lennox and Tommy Gemmell with a penalty saw Celtic through 3-0 at Brockville against Falkirk. 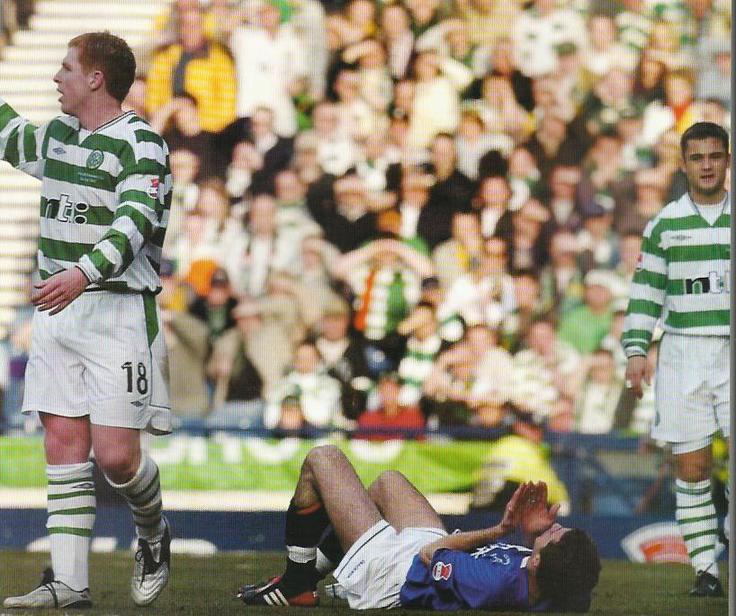 A bad 16 March was 2003 when Celtic went down 1-2 to Rangers in the Scottish League Cup Final. Henrik Larsson scored Celtic’s goal, but John Hartson scored another goal which was chalked off erroneously for offside. It was just another ‘Honest Mistake’.

Hartson also missed a penalty and near the end Neil Lennon was sent off. This game was sandwiched between Celtic’s two epic encounters against Liverpool in the UEFA Cup on the road to Seville.

Previous Article‘That second half is why you go to the football,’ Celtic supporter
Next Article Scott Allan’s pre-contract deal could be terminated before it takes effect