As we reported yesterday Tommy McIntyre spoke to a mixed media conference ahead of the Celtic B team’s opener this afternoon in the Southern League, away to Bonnyigg Rose. He’s going with a very young side – watch the video of them training below – as he has so many of the older Academy Bhoys involved with the Celtic first team who play Preston North End on a friendly a little later in the afternoon at Celtic Park.

McIntyre doesn’t mind that at all, he sees the development of academy players towards the first team as his main objective and if players do get called up to the first team squad that allows space for younger players at the club to get valuable playing time in his Celtic B side. The days of Celtic loaning out our youngsters to get match time seem to be coming to an end. 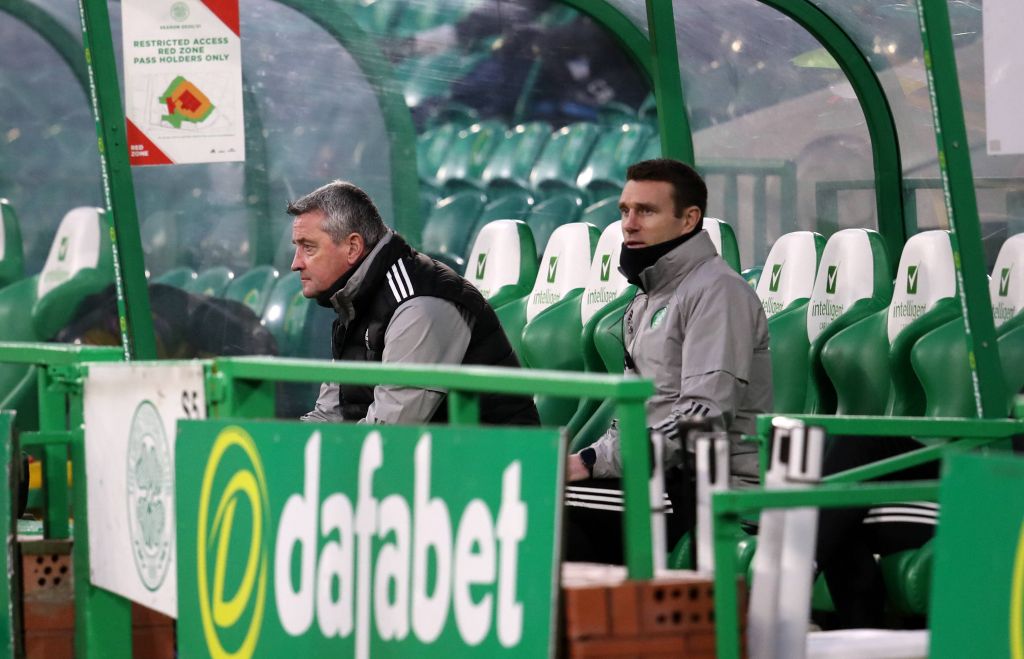 “I think it’s going to be a learning curve, I really do, and it will be a great experience for them. I know that for a number of years there has been talk of a B team going into the lower leagues. I remember as far back as 2008 when I was doing my pro-licence, I went over to France and witnessed how they did it there, and, obviously, there are examples in Spain, so for a number of years we’ve been looking for change,” Tommy said.

“When I was a younger player we had the experience of playing against senior players in the reserves, and that is no longer the case now. We need to try to create that pathway for that gap between Under-18 and first-team football.

“So in effect, it means that we can control where the young players play, we can then control their development. And, there’s no doubt that, as the season progresses, playing against senior pros, playing at grounds they’ve probably never been in, playing on front of fans, the whole thing, I feel it can only be a positive experience for them.

“I’ve no doubt that this will bring the players on. It can only be a benefit to the younger players getting a challenge, as sometimes they have been a bit mollycoddled in here, but they are now going out there to the big world,” McIntyre stated.

“They will take a couple of knocks, no doubt about that, but we are trying to create that pathway. So hopefully we can create something that’s beneficial to our players, and furthermore, beneficial to our first team, which is the most important thing.”

The Celtic B team’s manager added: “We’ve had Bonnyrigg Rose watched four times over the course of the pre-season. It’s a tough league and you can see how the likes of Kelty Hearts would progress.

“We’ve had players out on loan at Lowland clubs, so I’ve had first-hand experience of Lowland League teams, we know exactly what they are and they are no mugs. East Kilbride for example have invested a lot of money in their squad, so we are very aware of what we are going to come up against.”

Details of how to watch the game today below…