You are at:Home»Latest»‘Hopeless’: Celtic fans react to new signing’s debut

Today was one of the worse days of this season, we should hope.

Inept, toothless, and for all the promise that Celtic have shown in the early parts of the season it is days like today where it all renders useless.

79% possession should be enough to win any game; having four-fifths of the ball is more than adequate to punish a team that are bottom of the league with no wins up to press.

And with a midfield of David Turnbull, Tom Rogic and James McCarthy, a win in Livingston should have been a formality – not ending up in the 1-0 loss that it did.

The midfield were the worst part of the game – sideways, sideways and more sideways passes as the players held the ball and proceeded to do nothing with it.

And McCarthy was the worst culprit, despite his Premier League pedigree. 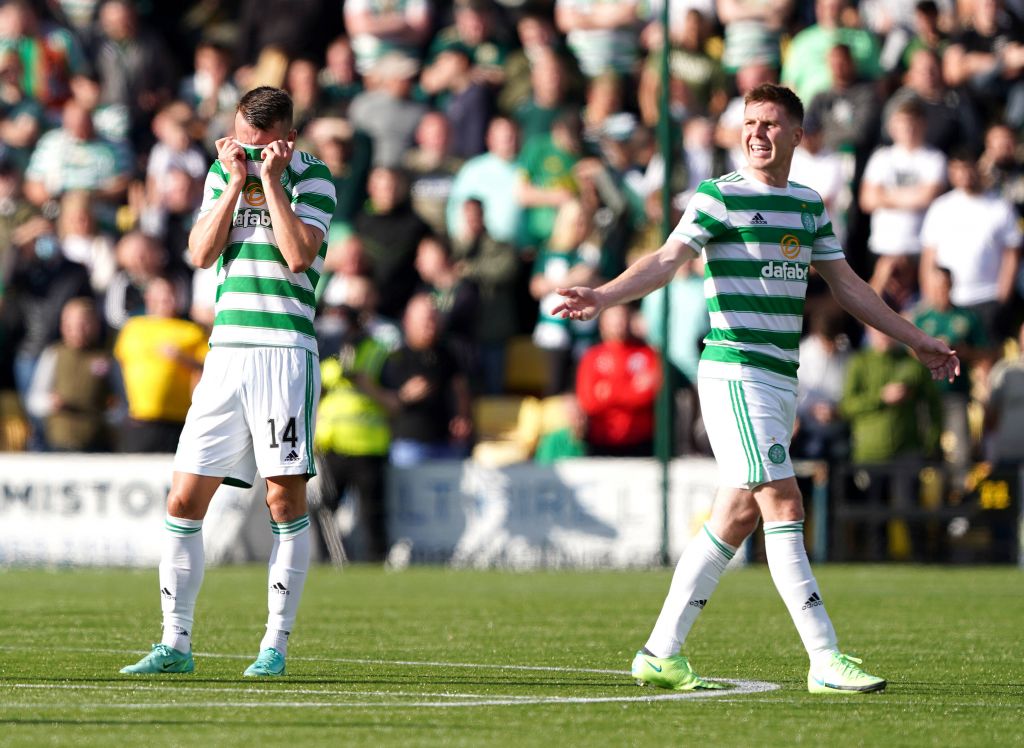 James McCarthy was hopeless today, one of the most inept midfield performances you’ll see, touch was awful, passing was worse, miles off pace, his signing is systematic of the ‘throw enough shit and hope something sticks” recruitment policy that has riddled Celtic for a decade.

McCarthy is here for years. Can’t progress the ball quick enough. Probably good against better opposition in his defensive role. But for these games he’s just going to slow the pace down

Soro has done more creatively in 10 seconds than James McCarthy did for 73 minutes.

Playing in the EPL not automatically making you a good player being proved once again here because James McCarthy is absolutely average at best.

What actually is James McCarthy?? Doesn’t seem to offer much defensively or offensively and his passing has been muck?