You are at:Home»Latest»How A Fenian Uprising Was Linked To The Foundation Of Celtic: 154 Years To The Day Since The 1867 Proclamation Was Signed

On Tuesday 5 March 1867, the Fenian Movement published a Proclamation Of The Irish Republic. Incredibly, the Fenian Uprising of that year would involve one of Celtic’s founding fathers (Pat Welsh) and would lead to Celtic’s first manager (Willie Maley) joining the club 20 years later! 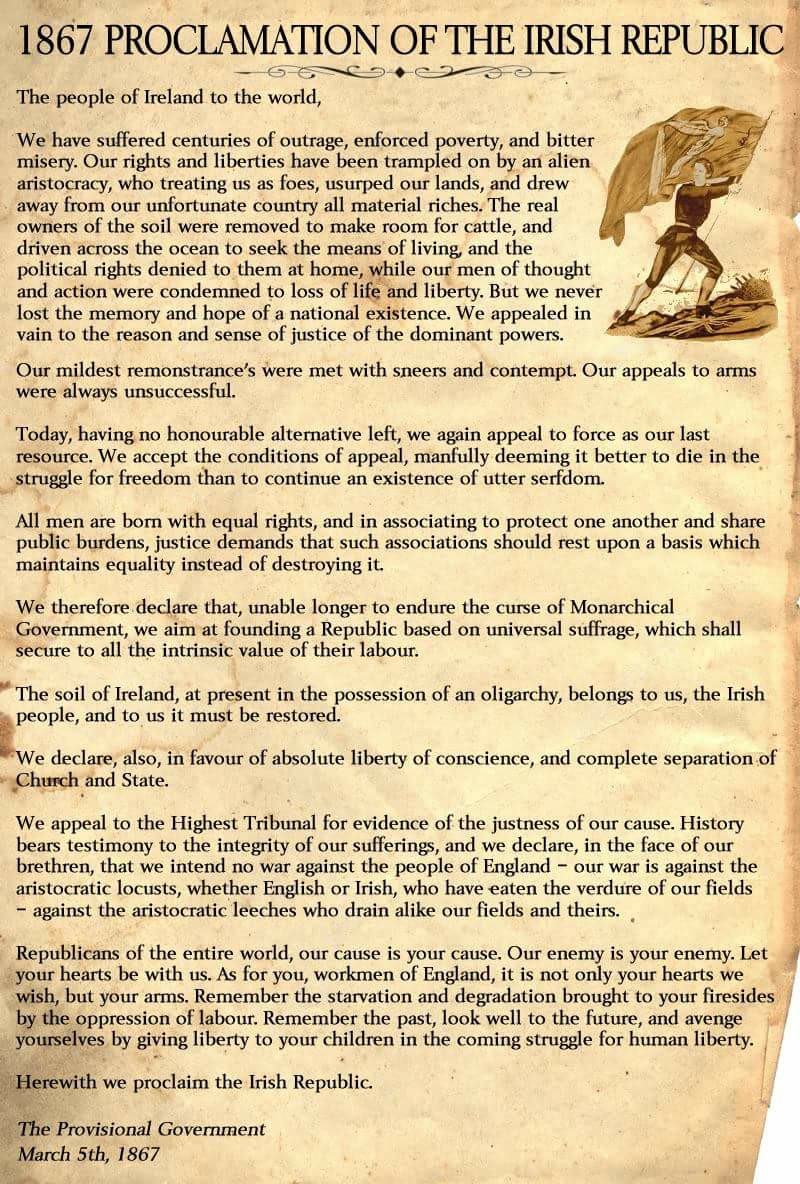 The story of Patrick Welsh is one of both intrigue and importance, in terms of the history of Celtic.

Welsh was born in the town of Killargue, County Leitrim, in 1848. He grew up to become an activist, and it was his political action that eventually entwined him with the club.

The tale has its beginnings in the 1867 Uprising, which was initially stifled, due to a combination of poor planning and British infiltration. However, the latter stages of the year saw resurgent efforts, in the form of a dynamite campaign and a series of raids.

For his part in the rebellion, Welsh found himself on the run from the authorities in the latter stages of the year. One evening, he hid from security forces in Dublin at the docks in the vicinity of Pigeon House Fort, on the banks of the River Liffey. Welsh was hiding with the hope of boarding a ship bound for Scotland, however, he looked to his horror as he found himself being confronted by a British soldier wielding a rifle.

The soldier, who was on patrol with the North British Fusiliers Regiment, barked at Welsh:

“Halt he who goes there?”

Welsh instantly detected an Irish accent and pleaded, Irishman to Irishman, that he had no sinister intentions and only longed for a life of peace in Glasgow. The soldier, a County Clare man from Ennis, understood the plea, as he himself had previously left home to join the army in England. Thus, at considerable risk to himself, he led Welsh to the appropriate ship. Before parting, the pair exchanged names. The name of the soldier: Thomas Maley.

Once in Glasgow, Pat Welsh served an apprenticeship as a tailor, before becoming a master in the trade, owning a renowned business on Buchanan Street. The Irishman immersed himself in the local community and built some sound relationships within his local parish of St Mary’s.

Enjoying his fruitful new life, he maintained appreciation for the soldier who had granted his freedom. Indeed, the pair always kept in touch, and after Thomas Maley had completed 21 years of active service with the British Army, he informed Welsh that he had started to view the prospect of life in Glasgow as a notion much more appealing than attempting to raise a young family where he had been stationed, in an Ireland that was still suffering from the effects of the famine.

Approaching his discharge from the army in 1869, on the invitation of Welsh, Thomas Maley and his young family headed to Glasgow, where his Canadian-born wife’s parents hailed from. Welsh was glad to be of assistance to the Maley clan, and agreed to see to their housing in St Mary’s parish until such a time that Thomas found new employment. Thomas soon found a job, appointed Drill Instructor of the 3rd Renfrewshire Rifle Volunteers at Thornliebank.

The former Sergeant’s sons, Tom and Willie (the latter being born in an army barracks in Newry prior to their move), embedded themselves into city life. Both had a keen interest in sport, becoming respected footballers, whilst Willie also earned the title of the 100 Yard Scottish Sprinting champion.

The aforementioned events proved to be of great import, when Pat Welsh was among the committee that founded Celtic Football Club in late 1887. During a preliminary meeting between the founding fathers, the name of Tom Maley was raised as a possible player that Celtic could attract the signature of. Welsh had vouched for the family and assured the committee that he would be an ideal fit for the club. Therefore, the decision was taken for Welsh to visit the Maley household in Cathcart, where Thomas (senior) had been transferred, with the accompaniment of fellow founders Brother Walfrid and John Glass.

It is thought that the Celtic delegation only held intention of securing the signature of Tom when they knocked the door, however, Tom was not at home. The Celtic trio then began to speak with Willie and asked that he would ensure that his brother contact them with a response to their proposition of him signing for the club. As the Celtic delegation left the premises, Walfrid turned to Willie and said: “Why don’t you come along too?”

Although not of the same ability as his brother, who had featured on occasion for Hibernian, Willie had played for Third Lanark (3rd LRV) reserves. Once his modesty and doubts over a future in the game were shunned, Willie agreed to put pen to paper for Celtic Football Club immediately. Upon hearing of the visit, his brother Tom contacted the Celtic founders and agreed to join him at Celtic Park.

It would prove to be the beginning of an enduring 52-year love affair between the Maleys and the Celts.

Pat Welsh himself went on to become Celtic’s Match Secretary, which, perhaps ironically, was also a position that Willie Maley took up, the latter having been invited to do so due to his qualifications in accountancy.

Welsh also made his mark beyond the direct Hoops domain. He was a much-loved parishioner in St Mary’s who was a member of a number of groups that held close ties with the club, including The League of the Cross, the local conference of the Saint Vincent De Paul Society, the Home Government branch of the Irish National League, and he was the leading organiser of the Connaught Reunion in Glasgow.

The following extract is taken from Patrick Welsh’s obituary, which appeared in The Glasgow Observer on 12 August 1899:

‘The funeral, which was a public one, took place on Sunday to Dalbeth. The cortege was a very large one, all the societies of the parish accompanying the remains to the cemetery.’ 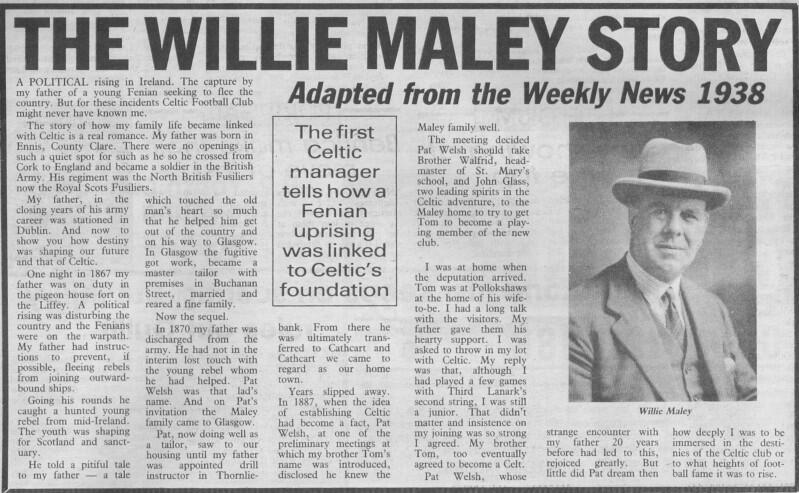 *An extract from Walfrid & The Bould Bhoys which was published by The Celtic Star and was voted into The Scotsman newspaper’s list of best sports books for 2020. Liam Kelly writes about Celtic’s Founding Fathers, Matt Corr covers the club’s first year, while David Potter tells the stories of Celtic’s Early Stars. The three combine to produce a magnificent book that Celtic history buffs will adore.

If you would like to purchase one the last remaining copies of the book, please click the link below:

Previous ArticleVideo: “He Rose With Two Defenders, To Win The Ball So Clean With Sabido & Camacho, Was John Doyle In The Green”
Next Article Done deal: Talented Celtic forward completes transfer back to his homeland