You are at:Home»Latest»Opinion: How Celtic can fix their transfer window woes?

Celtic’s most recent transfer window was, undeniably, as mixed as a bag of Revels.

Having let go of a number of useful squad players, including Craig Gordon, Eboue Kouassi, Jozo Simunovic and Jonny Hayes, Neil Lennon and his scouting team were called upon to sign some much-needed reinforcements. The upcoming season was shaping up to be one of the most important in the club’s history. With a tenth Scottish Premiership title in a row on the line, alongside the need to improve in European competition and the formalities of the quadruple treble, the Celtic board had to act decisively to write Celtic into the history books.

Before the window, Celtic fans had hoped to be proficient and proactive; this was their chance to seize the definitive title of becoming the dominant Scottish force, and all it needed was a calm and committed approach to transfer dealings. Following the commencement of the transfer window, Celtic had completed a total of six incomings – and on paper, they were exciting to say the least.

Diego Laxalt, Moi Elyounoussi and Shane Duffy all arrived on temporary deals over the summer. Laxalt was the coup of the bunch due to his exploits with Italian giants Milan, Genoa and Torino – and the Uruguayan was seen as a very experienced head to come into the camp. Meanwhile, boyhood Bhoy Duffy arrived as the man to sure up Celtic’s European woes at the heart of defence, whilst Moi Elyounoussi looked to rediscover his form from the previous campaign as he returned for another spell at Paradise on loan from Southampton.

Permanently through the door were Greek goalkeeper Vasilis Barkas, Swiss striker Albian Ajeti and Scottish midfielder David Turnbull. Barkas marked Celtic’s most expensive layout of the window, costing £5m and signing a four-year contract. Ajeti was next to follow, and having been surplus to requirements after just one season at West Ham United – in which he didn’t score in 9 Premier League appearances – the 23-year old was offered a lifeline at Celtic Park in a £4.5m move, before Turnbull arrived from Motherwell in a £3m move- representing Motherwell’s record sale – linking up with fellow Scottish midfielders Cal Mac and Ryan Christie.

Turnbull has so far been the only positive permanent arrival; the Wishaw-born wizard has injected a new lease of youthful life into Celtic alongside Ismaila Soro, and for just three million pounds, the signing looks to be an astute one for the long-term. He had to wait his turn for a starting XI spot, but after a top-class performance against Lille, he has flourished – scoring his first league goal two days ago against Ross County

The less said about the other two though, the better.

The focus falls particularly on Barkas; a man signed for huge amounts of money, and one who was expected to be a permanent fixture between the sticks. However, the Greek gaffe has continued to leak goals at the back for Celtic, who have tried (and failed) to replace him with Scott Bain, eventually deciding that the youthful Conor Hazard – who hadn’t made his debut until this season – would be the club’s shotstopper. Ajeti hasn’t exactly lit up Celtic Park, too. Despite impressing at the start of his tenure, the goals have dried up for the Swiss striker, and he is now seen as third/fourth choice, alongside Patryk Klimala. Having paid £10m for the pair, Celtic bosses will, grudgingly, be the first to admit their money hasn’t been spent wisely.

Duffy and Elyounoussi haven’t really impressed, either; with all of Duffy’s Premier League experience, he has been generally more of a hinderance than a steely addition to Celtic’s side, with his match sharpness seemingly lacking. Elyounoussi hasn’t been bad by any means, either. Celtic fans expected him to do even better than last season – and despite largely frustrating in certain spells, he has shown flashes of class in certain games – namely a hat-trick against Motherwell. Laxalt, meanwhile has been the pick of the loan deals – the glasses-wearing left winger has certainly put on a spectacle for fans of the Bhoys’ in Green with some energetic performances.

That being said, there have only really been two enthralling signings from a possible six that we have mentioned. A lacking plan of action has essentially led to Celtic’s demise this season, and having not qualified for the Champions League group stages in their last three campaigns, you’d have thought a difference in approach would have been key to their development as a club. Instead, the lacklustre permanent signings mean that once the loan signings depart, Celtic will have most definitely reneged as a club – given their £13m outlay has only really brought about one good player thus far.

Having looked into the treacherous wider reaches of Europe, we’ve picked out five quality players who, given their certain contract expiration dates and financial circumstances, would improve Celtic’s domestic and European output no end.

It would be no surprise to see the big man return between the sticks next month. Appearing as a regular hero for Celtic over the past decade, Forster returned to Paradise for the first time in five years last campaign, and was a major reason the quadruple treble was allowed to continue given his heroics in the League Cup Final against theRangers last December. The 6″7 shot stopper returned to his parent club Southampton over the summer, but as expected has yet to make appearance foe the Saints’ this term, and having grown discontent with his playing time, has asked for a move.

There has of course, been heavy speculation that he would happily return to Celtic – the club’s array of goalkeeping talent has been nothing short of abysmal this year, and Forster would more than likely plug the gap to. However, he would only be interested in a permanent move, something Celtic can’t afford. Yet, with just 18 months left on his contract and Southampton manager Ralph Hasenhuttl open to a departure for the giant Geordie, it has to be something that Celtic are atleast considering. It appears that this is a match made in transfer rumour heaven.

Celtic had relative success with their last right-back from Dortmund with the short loan spell of Jeremy Toljan in 2019. The Stuttgart-born defender was impressive on his first couple of games at Parkhead under Brendan Rodgers, earning his fair share of rave reviews; but his defensive positioning was soon found out even against the lowly Scottish Premiership sides, and the speedy wideman was soon making a swift exit back to North-Rhine Westphalia having made just fourteen appearances for the Hoops’. With Hatem Abd Elhamed growing home sick, presumably fed up of the Glaswegian winter weather (who wouldn’t be?), Celtic will need another right-back following his inevitable depature – with the Dortmund scrap heap a likely place to find a gem.

Passlack is quite an enigmatic player: weighing in at just 5″7, he is of similar stature to Jeremie Frimpong, yet it is his defensive qualities that stand out for Der BVB. He initially found it tough to break into the first-team; including a year at Norwich City in their 2018/19 promotion campaign, in which he only made one league appearance. A loan spell to Fortuna Sittard of Holland ensued, and given his exploits here, was rewarded with a chance to cement his place as Dortmund’s right-back; however, a change in manager and a lack of starts may mean that the German will me moving on to pastures new when his contract expires at the end of the season.

Bartley is a player who has done the rounds in the English leagues, boasting vast experience in the Championship and Premier League for a series of clubs. Learning his trade in the illustrious Arsenal academy, Bartley inevitably struggled to make an impact at the Emirates and was shipped out on loan to Sheffield United and theRangers to boost his first-team experience. He became what football hipsters call ‘a journeyman’; ghosting around four Championship teams, before finding his rightful home at West Brom, England’s definitive yo-yo club. 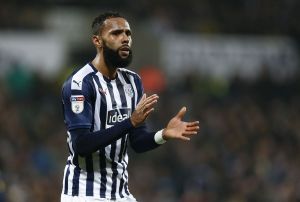 Having been a valuable mainstay of their side over the past three seasons’, Bartley was unfortunately injured during a 5-1 home defeat to Crystal Palace at the start of December, and with the notoriously defensive/bribe-taking Sam Allardyce being appointed as manager, Bartley may find it tough to reinstate himself into the starting XI despite being vice-captain. With just six months left on his contract, and having already shown an adeptness to Scottish football, Celtic can offer him a contract as early as New Year’s Day – which would be an interesting proposition for the Mancunian.

At the moment, Celtic are quite top-heavy for wingers. Moi Elyounoussi and Diego Laxalt have temporarily filled in adequately, whilst James Forrest and Mikey Johnston are the permanent wingers who look like they’ll be here for years to come. However, when those loans end, Celtic will be left with just two out-and-out wingers; something they will need to improve upon. Philip Zinckernagel is part of the record-breaking Bodo/Glimt side who have decimated the Norwegian First Division this season. Having already been linked with his free-scoring teammate Kasper Junker, it would be no surprise to see Celtic raid Scandinavia again as they have done in the past – and the Bhoys’ would be finding a gem in Zinckernagel who has a total of 43 goal contributions in 28 league games (19G, 24A).

The overlooked rise of another European talent factory…

Blackburn Rovers striker Armstrong has set the Championship alight this term; having scored 16 in 46 last season, the Newcastle-born striker has certainly caught the eye this term with 15 goals in just 19 league games – making him and previous Celtic target Ivan Toney the Championship’s joint top scorers by some distance.

🔥 No trio has been involved in more Championship goals this season than Adam Armstrong (15G 3A). Harvey Elliott (4G 4A) and Ben Brereton (3G 4A) – with 33 goal involvements between them!#Rovers pic.twitter.com/qkCIWk70Md

With Odsonne Edouard likely to depart Parkhead in the not so distant future amid reported interest from Juventus, AC Milan and Aston Villa, Celtic should already be making contingency plans for when the Frenchman packs his bags, and with just eighteen months left on his contract, Armstrong’s value is plummeting by the minute. If the former England Under-21 star hesitates his decision on a new deal, Neil Lennon should be banging on the door to let the club’s hierarchy sign him – something they failed to do with Toney – and Lennon will not want lightning to strike twice, in this instance.

So there we have it, five players who would undoubtedly boost Celtic’s chances of European competition and cheap ones at that. Is there anyone you’d sign for the Bhoys’ who you think is attainable? Let us know in the comments!