You are at:Home»Latest»Howe Celtic can bounce back strongly from this Shambles of a Season

Trying to look forward as Celtic set about picking up the pieces from this shambles of a season it is uncontroversial to assume that there will be a new Celtic manager next season and looking at askbettors.com/bookmakers/betnow it certainly looks like former Bournemouth manager Eddie Howe could be the man who will replace Neil Lennon in the summer.

Numerous players, the so-called Want-Aways will all be off either in this window or in the summer and that will produce some funds for the new manager to set about a re-build that would have happened whether or not Celtic won Ten-in-a-Row.

There have been so many unusual factors that have conspired to hurt Celtic this season and when you add to that some pretty spectacular instances where the club has shot itself in the foot you have to come to the conclusion that Scottish football’s fabled and so far illusive Ten isn’t going to be achieved after all. 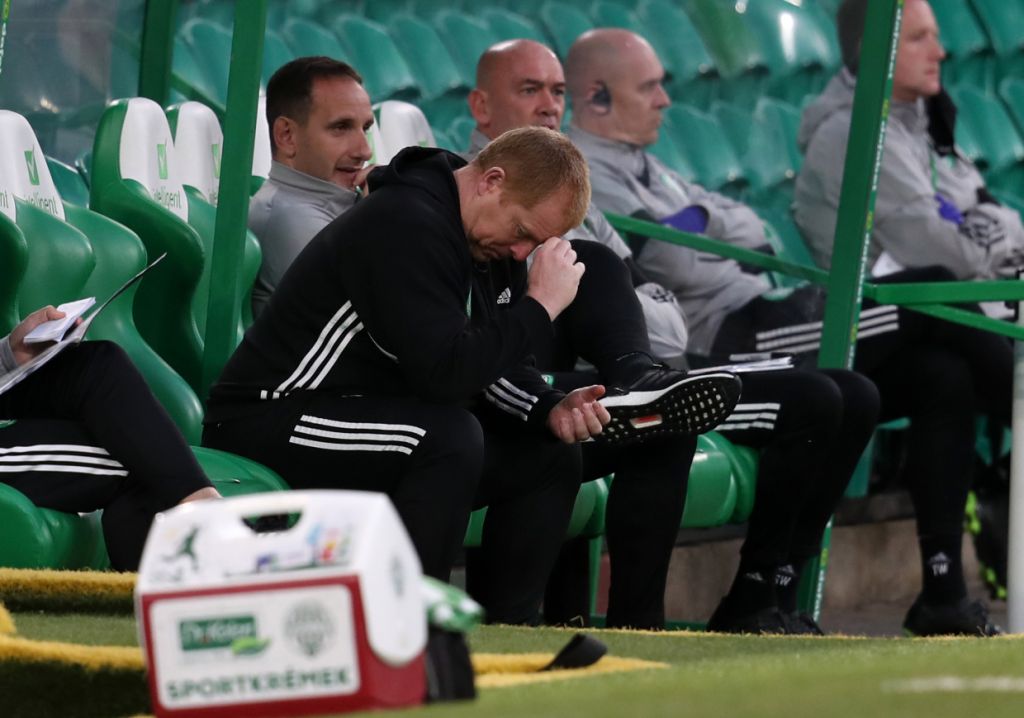 Yet here’s a thing. Had Celtic won the league this season then Neil Lennon would have been the man, with John Kennedy and Gavin Strachan at his side to manage the club through the re-build that was coming our way anyway. And the de-facto Director of Football, the man who calls the shots at Celtic in every department of the club, would have had his own power increased.

And from there we’d see the likes of Edouard, Christie, Rogic, Ntcham, maybe McGregor all leave the club and we’d see more new arrivals like Ajeti, Barkas, Laxalt and Duffy. Except maybe due to covid we’d have even less money to spend on players so the quality might end up being even lower than the recruited Celts brought in this season.

So with theRangers like to win their first ever major trophy – Covid permitting, apparently they need another five games to be played to avoid a curtailment resulting in a null and void – and shouting about it being their 55th title, the ONLY strategy that Celtic will do is raise the stakes and re-structure the football operation.

The club needs to look at the way the football department is run and in particular the fact that the CEO – who should have been the very person who should have had to sign off on the extravagant misadventure to Dubai – was actually the architect of the plan thus leaving Celtic with no executive oversight which could have stopped this madness in its tracks.

Celtic next season will end up with a manager much more to the liking of the majority of the support,  as mentioned above, someone like Eddie Howe, who is a football coach in the same mould as Brendan Rodgers. But he’s likely to only come in if he is given certain assurances – regarding non-interference from the Boardroom in football matters and the transfer budget that is going to be available.

A manager like Howe is going to want these things agreed and Celtic PLC, mindful of 60,000 season tickets, are much more likely to listen this time around.

Neil Lennon was a caretaker who got the job in the shower at Hampden after seeing out the 2018/19 season by winning the League and the Scottish Cup to complete another treble. Yet all that did was paper of the cracks in the way Celtic is run that caused Brendan Rodgers to bolt in the way he did.

And one final point worth making. Neither the Celtic Supporters in the 1970s or the Rangers fans in the 1990s were left with any overriding rage and lasting disappointment that their team didn’t reach Ten-in-a-Row. Instead both set of supporters remember to this day the achievements of their team during those successful years. For Celtic than included two European Cup Finals, one win and numerous other semi-final appearances. We talk about the Lisbon Lions, The Quality Street Gang and the likes of Harry Hood. Nobody ever moans about the year we didn’t win the Ten in 1974.

This Celtic team has plenty of players who have won a quadruple treble as well as nine titles in a row. That’s what we’ll be talking about twenty years from now.