You are at:Home»Latest»Hundreds gather to celebrate the life and times of Celtic legend Jimmy Delaney

MANY HUNDREDS of Celtic Supporters gathered today at Cambusnethan Graveyard in Wishaw to celebrate the life of one of Celtic’s finest ever players Jimmy Delaney.

Today’s event was the latest organised by Celtic Graves Society and their patron Lisbon Lion Jim Craig, who wrote The Celtic Star’s Diary piece in our first year, was the guest speaker and the Jimmy Delaney CSC Cleland were well represented as you would expect. 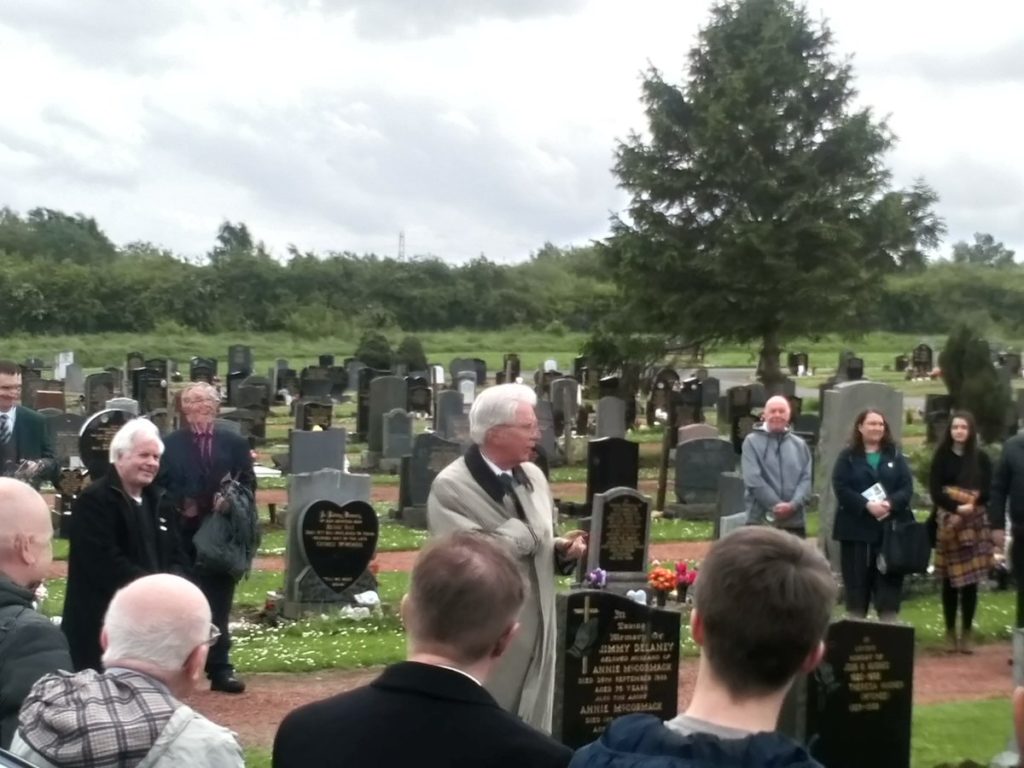 The Celtic Star yesterday took our readers on a journey through some of Jimmy’s career highlights at Celtic during the late 1930s including league and Scottish Cup wins as well as that wonderful triumph in the Empire Exhibition Cup Final against Everton.

These articles, written by Celtic historian David Potter are well worth reading if you missed them. Links to them are below.

Here are some images from today’s Jimmy Delaney commemoration.

Great turn out at the Jimmy Delaney event today. pic.twitter.com/rQHRGLhscO

Flowers from every club Jimmy Delaney played for,
from Elgin City to Manchester United and if course his beloved @celticfc.@CelticGraves pic.twitter.com/z1pQA3QZua

What a turnout here in Wishaw to remember Jimmy Delaney@CelticGraves pic.twitter.com/2V49lCkaMp

In 1937, ‘Celtic had some great players, Jimmy Delaney on the right wing was as good as one would get,’ David Potter

Empire Exhibition Cup and The Great Jimmy Delaney, ‘the best player of pure football that Celtic had ever had’

Previous ArticleLawwell is Celtic’s self appointed De Facto Director of Football, so he must deliver
Next Article ‘Leaving is not an option,’ says Bitton and reveals Israeli stars applauded Celtic’s Treble