You are at:Home»Latest»“I can’t wait to feel that adrenaline and atmosphere and to play in front of those fans,” Bernabei

“From what I’ve seen and heard, there’s 60,000 people in that stadium so I can’t wait to feel that adrenaline and atmosphere and to play in front of those fans,” Alexandro Bernabei 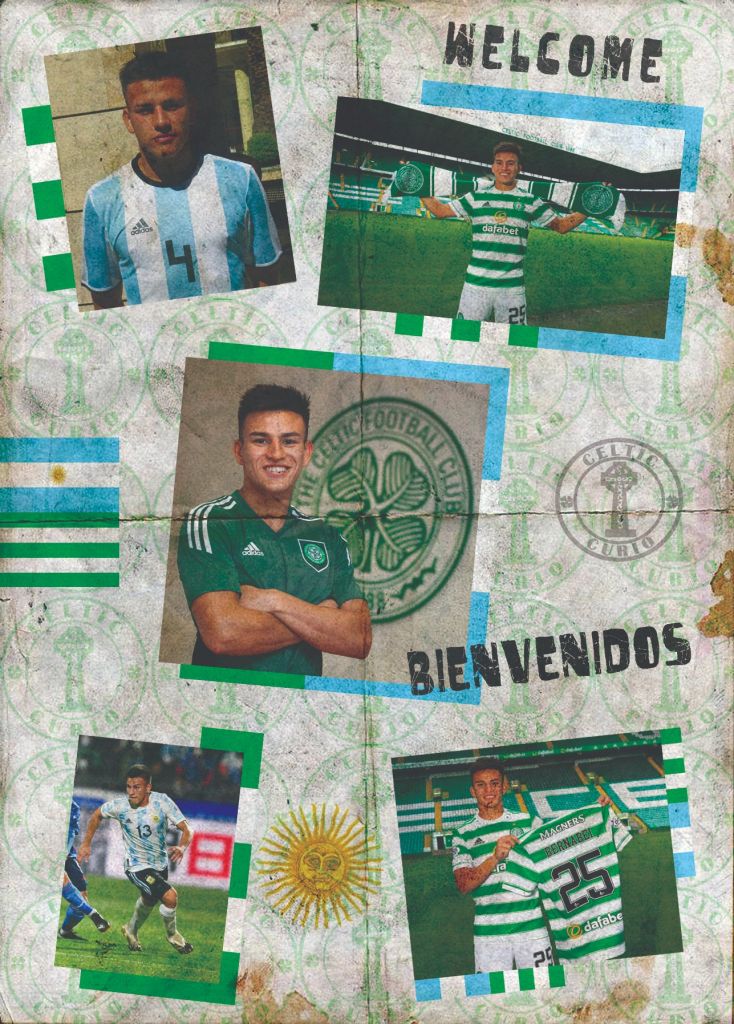 Alexandro Bernabei completed his move to Celtic today on a five-year contract from Lanus in Argentina and spoke of his delight at getting his dream move to Europe and the pleasure to join a club such as ours. Bernabei comes extremely high regarded in South America, with journalist and football expert Tim Vickery describing the Hoops pursuit of the young full-back as ‘intelligent’ to Sky Sports.

As he did the usual media and PR procedure and processes this afternoon, fans got a glimpse of the new man in the famous green and white hoops and it didn’t disappoint. Holding aloft a scarf also, the 21-year-old stood in an empty Celtic Park for the first time, but has big dreams of viewing it when it’s packing and swinging on Champions League night’s under the floodlights.

Speaking to Celtic TV, Berna said: “Celtic are the champions and it’s a club that’s used to winning, so that’s the main reason I was interested in signing. My first thought when I heard there was interest was one of hope – hope that it would come to fruition as I really wanted to play for this club. I didn’t have to speak to anyone else about the transfer, I had already made up my mind regardless. I really want to become champions again with Celtic and try and win as much as we can. Then after that, I want to enjoy all the years that are to come at this club.

“The Champions League is exciting as it’s one of the most important competitions in the world and we will give our all in it for Celtic. It’s a huge competition, so for me it’s unbelievable to come from a small town in Correa to play in this.It was a dream of mine to come and play in Europe. I’ve come to a huge club like Celtic so I didn’t think twice and family and friends did not become an issue for me.

He added: “From what I’ve seen and heard, there’s 60,000 people in that stadium so I can’t wait to feel that adrenaline and atmosphere and to play in front of those fans. I spoke to the manager before signing and he made me feel very comfortable, so I’m grateful to him and the club. The playing style is very aggressive, offensive and attacking and it’s one that I like and I think I will grow as a player. I think the fans will see a player that’s aggressive and has a lot of personality and will give his all for the team and give his all for the Celtic jersey.”

One things for sure, Alexandro will not be underwhelmed when it comes to the passion and noise of the adorning Celtic supporters during those European matches. Everybody who is anybody knows that Parkers on a Champions League night is the epitome of football. No other arena or venue in the Europe can touch the electricity that surges through the East End of Glasgow when those big names come to town.

Plenty more lie ahead for the supporters and our newest addition this season.

Bring them all on!