You are at:Home»Latest»“I didn’t hear anyone condemn the Rangers fans’ songs about the famine,” Roddy Collins

The League of Ireland legend Roddy Collins has decided to cancel his Sky subscription after the broadcasted apologised to their audience for the Celtic supporter’s ‘If you hate the Royal Family, clap your hands’ chant which as heard during the minute’s applause for the death of the Queen ahead of the St Mirren v Celtic Scottish Premiership match on Sunday. 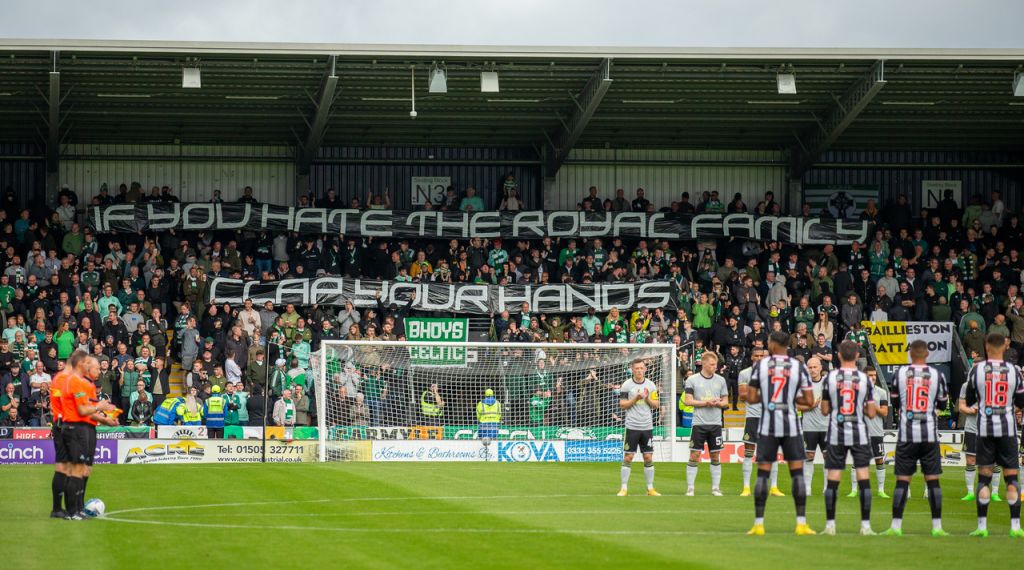 Here’s what Roddy Collins has been saying and as it’s certainly not what you are every going to read in the Scottish media, it’s well worth quoting in full… 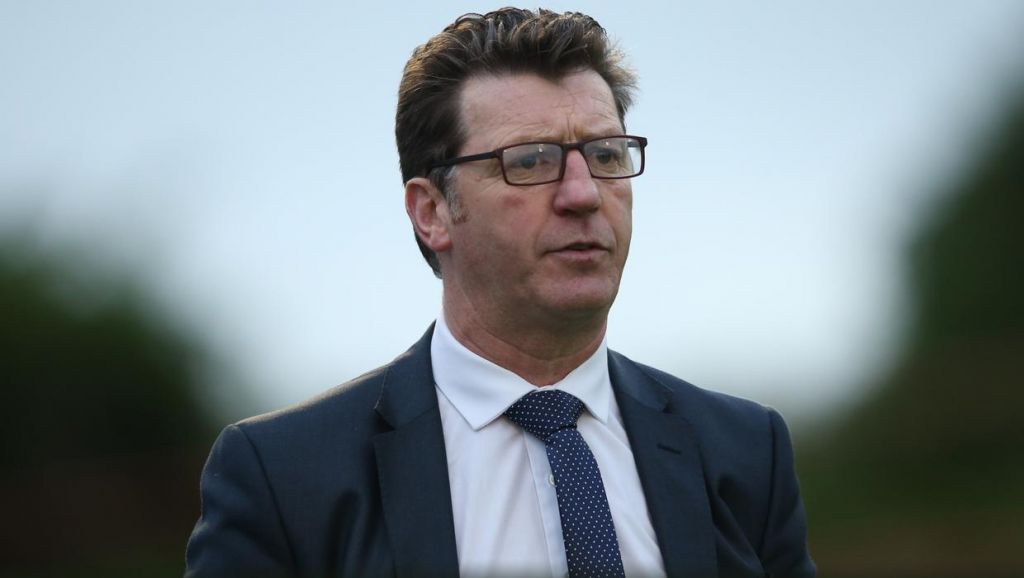 “I’ll be cancelling my Sky account this week,” Collins told Irish Daily Star. To hear them apologise yesterday for the behaviour of Celtic supporters really pissed me off.

“800 years of oppression and there is a certain cohort that wants us to just suck it up and go away.
I thought I’d heard it all when Simon Jordan, a former Crystal Palace chairman, threw his toys out of the pram last week. 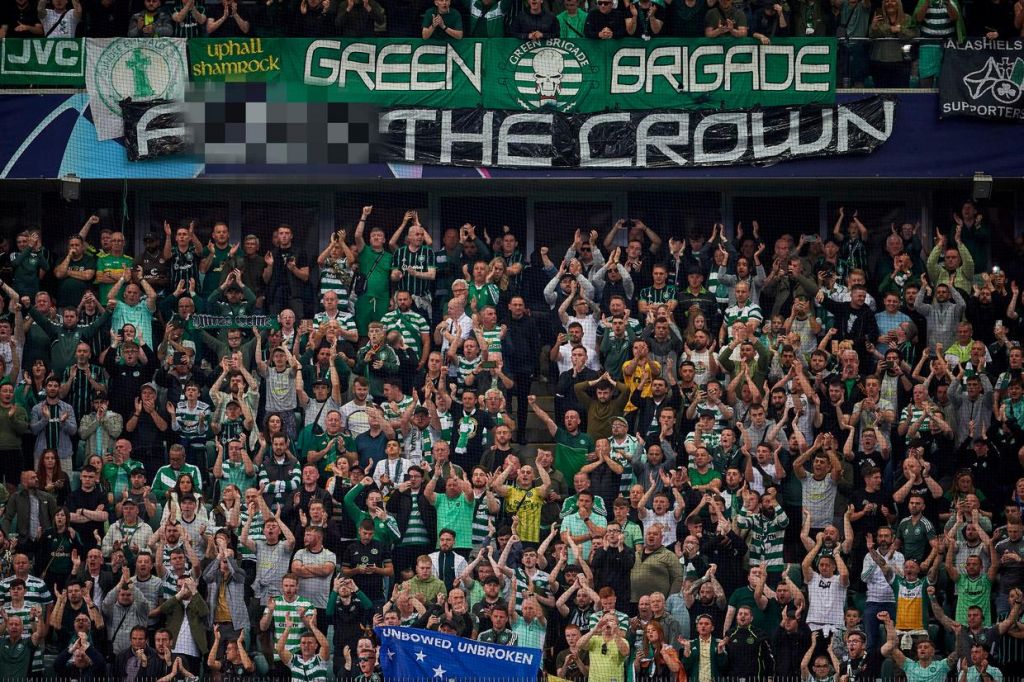 “He wants Uefa to punish Celtic fans for chanting ‘F*** the crown’ during their Champions League match. Himself and Jeremy Kyle have been tripping over themselves to prove their royalist credentials.

“Now, I’m not condoning anything that has been chanted at various grounds over the past week-and-a-half. But what happened in Tallaght Stadium, Warsaw and in Ibrox with some Dundee United fans isn’t something that clubs can control. You are talking about a bunch of kids, with most of them having little or no understanding of the Troubles or our past.

“Jordan was once chairman of a club that boasts some very boisterous fans. I’ve been in their ground and their chants aren’t always good natured.

“As for Ibrox at the weekend, I didn’t hear anyone condemn the Rangers fans’ songs about the famine.
Jordan might be a royalist but he needs to keep his head down here and respect the fact that the whole world doesn’t share his point of view.

Police have now confirmed they are carrying out inquiries into claims objects were thrown into the away section. https://t.co/7XimZEkbtY

Since I’m being begged for proof.

No, this wasn’t us smashing glass ourselves as every one of us got fully searched heed to fucking toe and couldn’t even sneak in with a vape. pic.twitter.com/A2A0qtZlmD

Won’t show the wee lads face as it wouldn’t be fair on him (fella was shook up and distraught as expected) just 3 or so seats along from me anaw
After the game spoke with a steward who said he felt it brush past him
How that’s allowed to happen at the fitbaw is beyond me pic.twitter.com/pK1JB7R8M6

“To say Celtic and their fans should be reprimanded shows a lack of education on his part. He should research all the facts about the foundation of Celtic. He should look into why a population of immigrants headed for Scotland from Donegal.

“The banner that hung from the away section in Warsaw last week wouldn’t be how I’d word my views on the English crown, opposed as I am to monarchy. But there are a large number of Celtic fans who would feel strongly against the royals.

“There was a huge backlash at the postponement of matches last week. But I spoke to a chairman of a non-league club who said to me that it had to be done, because he feared Celtic and Liverpool fans would tarnish the name of British football.

If I was talking to him face-to-face and not over the phone, I’d have strangled him. There continues to be an anti-Irish sentiment in England, albeit more under the surface.

“A lot of lip service has been paid over recent years to improved relations, such as royal visits.
But there remains an undercurrent of the old ‘No dogs, no blacks, no Irish’ atmosphere that was far more out in the open decades ago.

“And as soon as something such as the recent banners and chants occurs, it surfaces again. Celtic is an Irish club and Liverpool is a city populated by Irish, even though their gripe with the British establishment is to do with other issues.

“I saw the video of the Rovers fans singing ahead of their Djurgardens game and I didn’t like it, but it was just a bunch of kids.

“I have travelled the length and breadth of Europe with Celtic fans and I can tell you that I never once saw an instance of violence. They behave just like Irish fans when they go abroad.

“And it was great to hear the Gent boss praise Shamrock Rovers fans for their behaviour in Belgium.

“All the likes of Jordan and Kyle are doing is amplifying the behaviour of a minority and showing off their own arrogance and ignorance. It was counterproductive too. When I heard the Rovers fans sing their song, I forgot about it 30 seconds later. When I saw the banner, I thought, ‘Jaysus!’ But that was it.

“Thanks to Jordan, I’ll remember it for a long time now. But he’s probably happy enough now that he has gained plenty of attention.”

Remember when your Ex Vice Chairman the very same one who was caught on video singing Sectarian songs, talked about Free Speech and said singing the Famine song was Free speech, does Free Speech only work for your Club! –https://t.co/E2mzP0Wdz6

Low-key Celtic have plenty to shout about ahead of Balmoral trip
“He is no spring chicken anymore. But, he has still shown he has the quality,” Simon Donnelly
Ange Postecoglou’s special surprise for young fan in Sydney
Previous ArticleNicholas rips into Celtic midfield for poor performance
Next Article “I’m living the dream, I’m enjoying every minute of it,” Ange Postecoglou